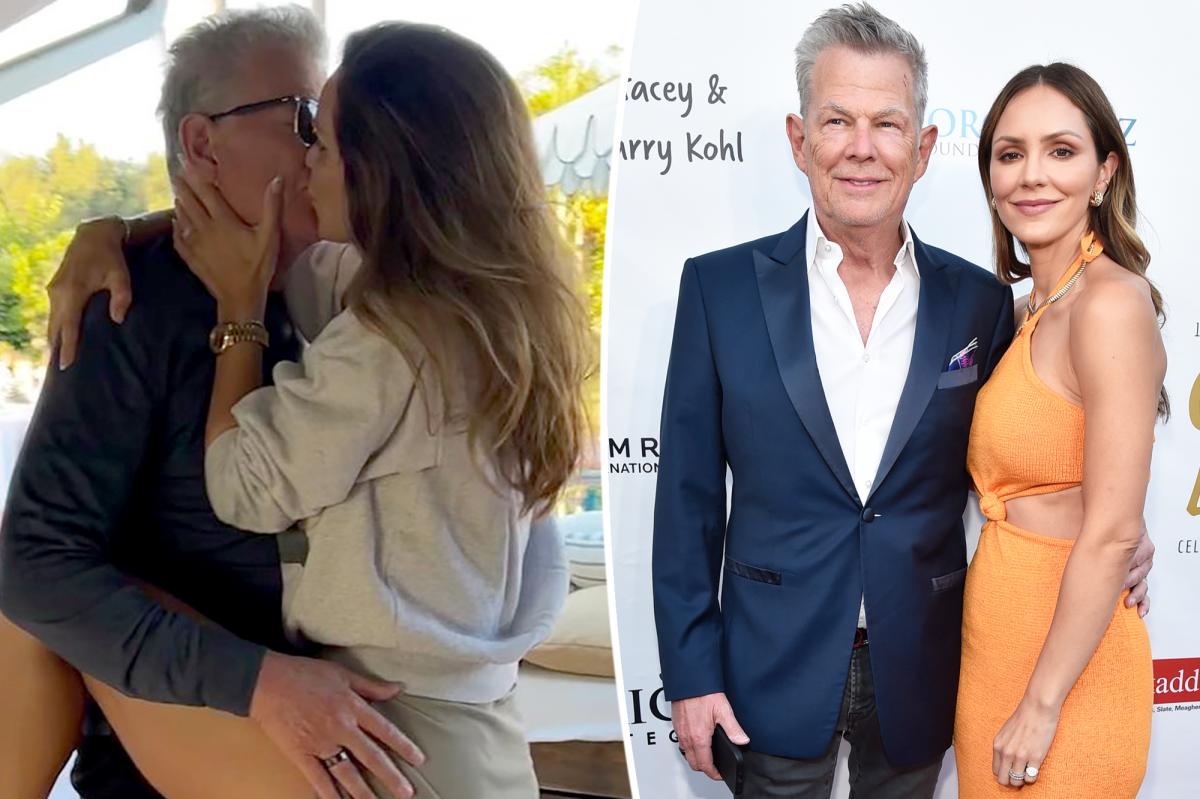 Katharine McPhee passionately kissed her husband, David Foster — and climbed over it — in a steamy Instagram post Tuesday.

“Poor dude,” the “American Idol” alum jokingly captioned the PDA-filled social media upload. “Too bad he doesn’t get much attention.”

McPhee, 38, rocked a sweatshirt over a mini dress in the slideshow and threw her leg around the composer, 72, in the first shot.

In the second and third photos, the “Over It” singer stood in the composer’s shoes as he hugged him.

McPhee went on to share the photos on her story, gushing about the couple’s “summer love”.

The “Scorpion” alum and the music producer began dating in 2017, a year after she finalized her divorce from ex-husband Nick Cokas.

David proposed to McPhee in June 2018 and they married in London the following year.

The couple revealed in late 2020 that they were expecting their first child together. The Grammy winner has previously welcomed daughters Allison, Amy, Sara, Erin and Jordan into other relationships.

Raising the boy with David was an “absolute joy,” McPhee wrote via Instagram in June, wishing her partner a Happy Father’s Day.

“[He] loves me like I could only have dreamed and who made me complete in life by making me a mama,” the “Smash” alum wrote in a slideshow at the time. “I love our little family. I love our big family. You have NEVER complained about how your life is a little different now.

“Well… you’re just complaining that you can’t stay up late and watch TV in bed,” she continued. ‘But how can I blame you. That’s your favorite thing.”