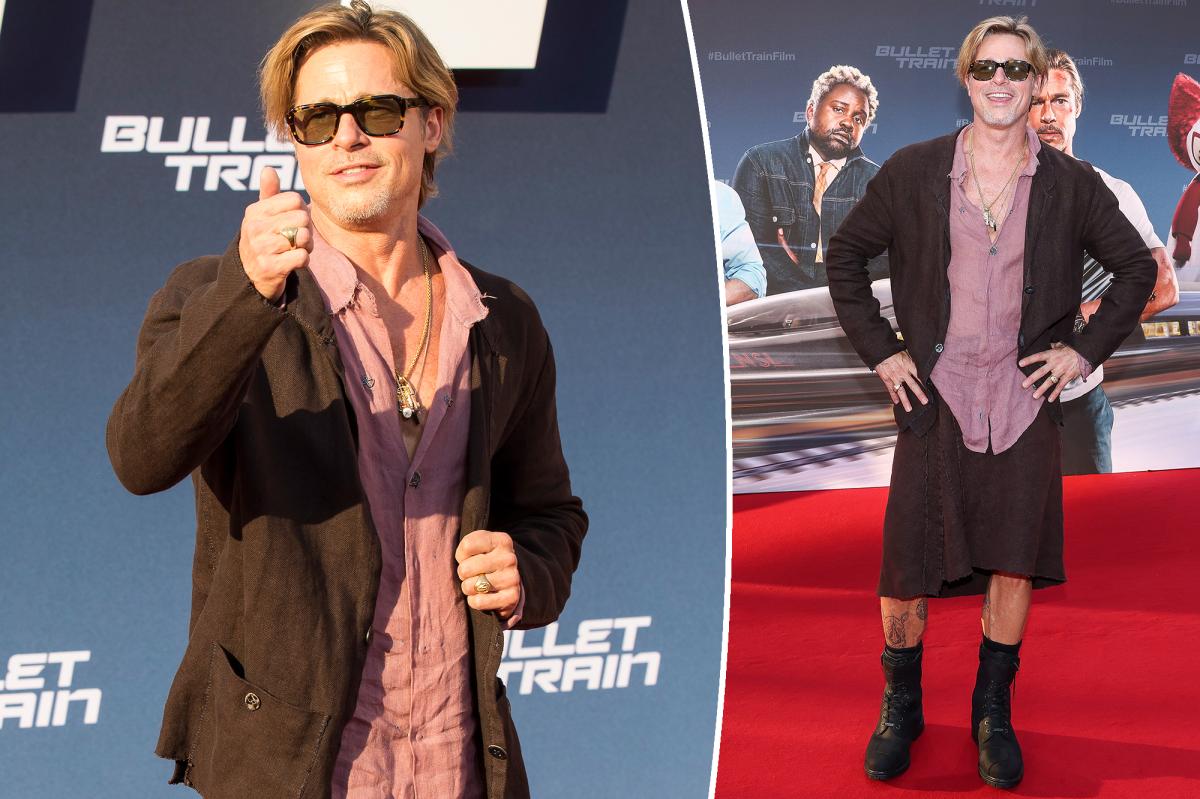 Brad Pitt is not one to sidestep the question.

The actor attended a screening of his upcoming film ‘Bullet Train’ in Berlin on Tuesday, wearing a brown skirt with a matching vest and a salmon-colored button-up shirt.

When asked why he chose the flowing style over shorts or slacks, Pitt, 58, had a simple answer.

“The Wind. The Wind,” he told an Associated Press reporter on the red carpet.

As temperatures in the German capital soared into the mid-90s that day, we can hardly blame him — yet the style of making statements divided those on social media.

“Whoever convinced Brad Pitt to wear a skirt should be flogged,” said one person tweetedwhile another said he “looked like a washed up, bleached smelly beach bum” and “tried so hard to impersonate young stars like #HarryStyles.”

Many more liked his look, with one flowing“Just when you think of Brad Pitts [sic] couldn’t get sexier, he’s wearing a skirt.”

“Brad Pitt in a skirt made my day infinitely better,” another jokedwhile a third said“I can imagine social media will be extremely calm about Brad Pitt wearing a skirt to a movie premiere, but I’ll say right off the bat that I love it.”

It seems that the star has bid his time for the style to become more popular for boys. In 2004, after filming “Troy” in breastplates and leather kilts, he told British Vogue: “Men will be wearing skirts by next summer. That’s my prediction and proclamation.”

And before the Greek drama, he modeled a whole bunch of mini dresses for a photo shoot in 1990 with Rolling Stone.