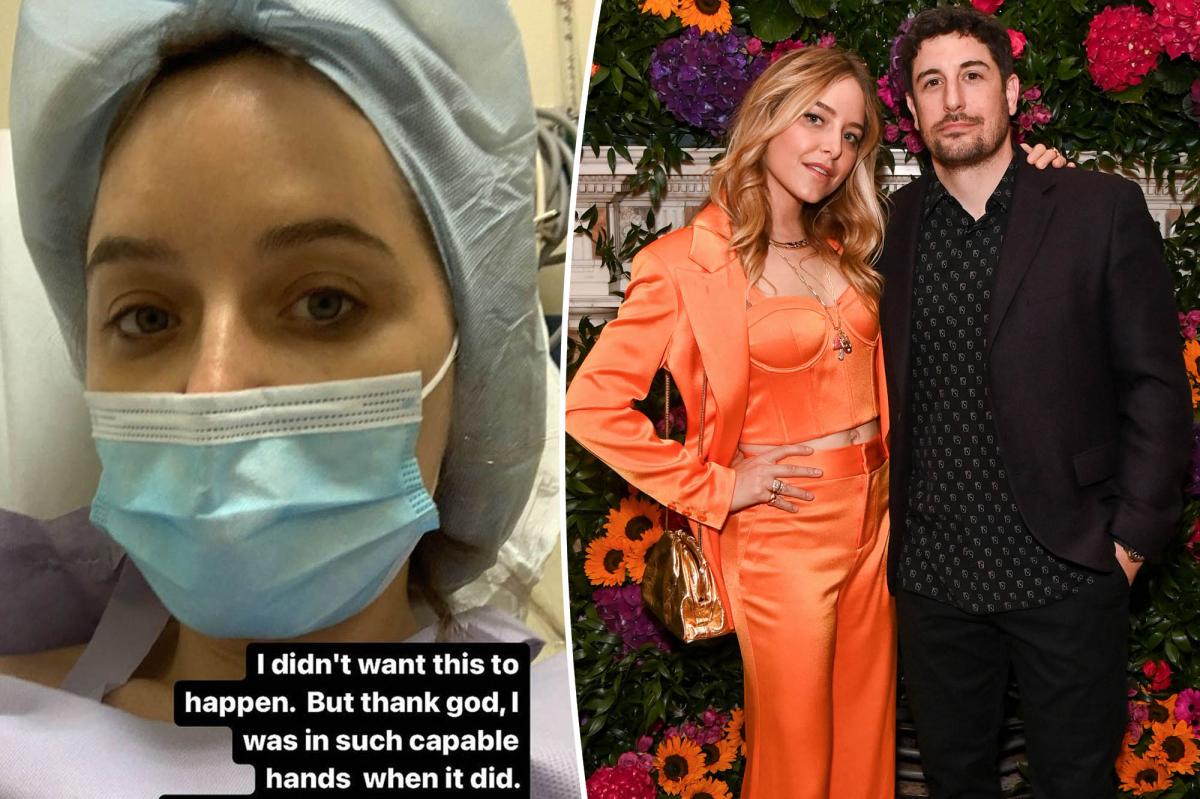 Jenny Mollen talks candidly about the abortion care she received after two miscarriages.

The actress experienced her first pregnancy loss early in her relationship with Jason Biggs, and the second happened during the COVID-19 pandemic.

“Both times I needed a D&C [dilation and curettage] and got abortion care and both times I was so grateful to live in a country where that was possible,” Mollen, 43, told her Instagram followers on Thursday.

The “Angel” alum, who is the mother of sons Sid, 8, and Lazlo, 4, expressed gratitude for the “capable hands” she had during the procedures.

“It’s important to understand that when we say that abortions are medical procedures that save lives and are vital — this is part of what we’re talking about,” she continued, citing the “unreasonable” abortion bans in place in many states. since Roe v Wade was destroyed in June.

Mollen noted that she “must not remain silent” about her own abortion experiences, thanking Chrissy Teigen and Busy Philipps for inspiring her with their stories and “helping raise awareness of this critical issue”.

Teigen, 36, said in September 2020 that she had miscarried and lost her son Jack, but clarified last week that she had actually had a “life-saving abortion”.

The author of the cookbook ‘Cravings’ explained: ‘It became very clear half way through that he wouldn’t survive, and neither would I without medical intervention. … Let’s just call it what it was: it was an abortion.”

When Teigen received a response for her announcement, she clapped back at haters via Twitter.

“I knew this would happen,” says the model, who is mother to daughter Luna, 6, and son Miles, 4, tweeted on 16 September. “It doesn’t make me feel any worse.”

As for Philipps, she is also a mother of two and shares Birdie, 14, and Cricket, 9, with her estranged husband, Marc Silverstein.

The 43-year-old “Freaks and Geeks” has been talking about an abortion at the age of 15 for years.

“It’s not brave of me to say I had an abortion when I was 15 because it’s a medical issue – one thing, a choice I made, and I don’t regret it at all,” she told Gywneth Paltrow in an interview in 2019.

Philipps noted that she doesn’t feel “embarrassed” about the decision.