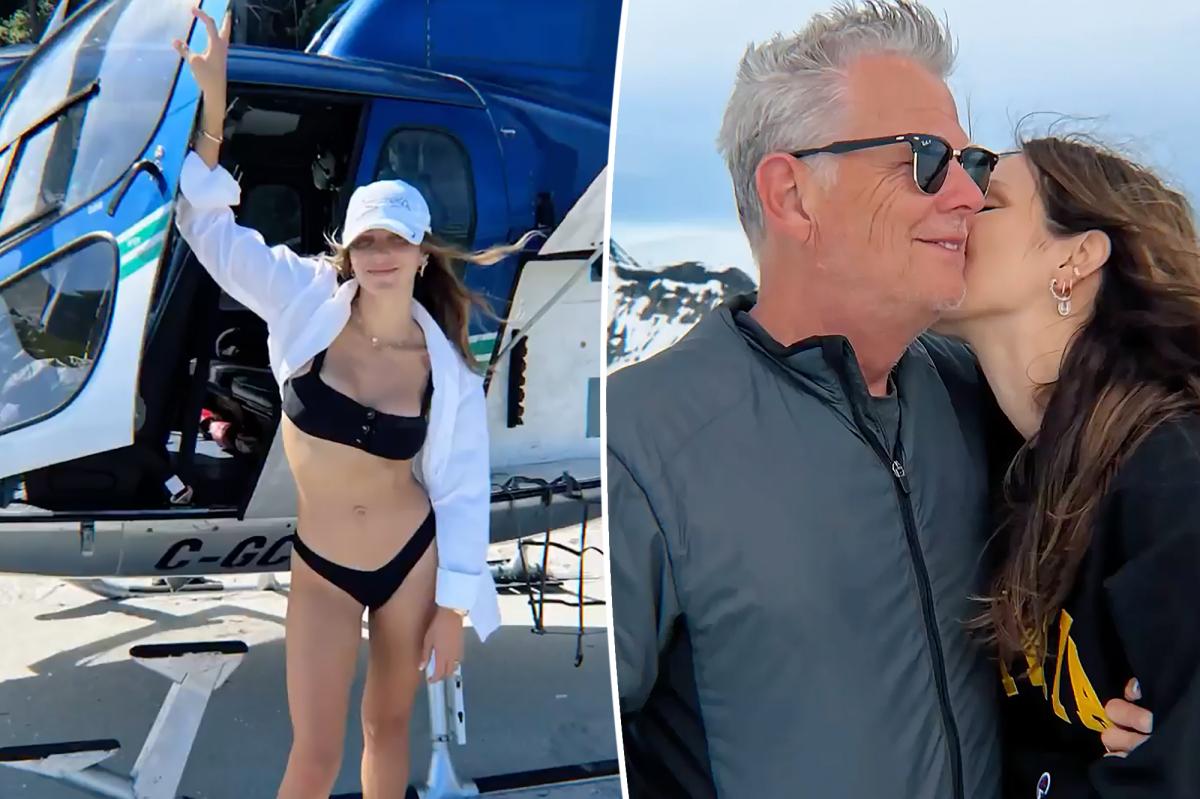 Katherine McPhee and David Foster experience all four seasons during their getaway to the Great White North.

McPhee, 38, shared a compilation video of their stunning journey to Instagram on Saturday, featuring clips of the singer stripping down to a bikini on a beach, but also taking a private helicopter ride to the snowy Canadian mountains.

The pair got cozy in Foster’s homeland as they flew over snow-capped mountains, before landing on a beach where the “Smash” actress opted for a black bikini.

Elsewhere in the clip, Foster, 72, was seen strumming a guitar while getting some help from his and McPhee’s 1-year-old Rennie.

The former “American Idol” contestant also shared a photo of the couple in the snowy mountains on her Instagram story – showing the couple braving the cold in T-shirts.

The lux journey comes just days after McPhee posted a steamy click as she threw her leg over her husband as she kissed.

The couple began dating in 2017, a year after the actress finalized her divorce from ex-husband Nick Cokas.

Foster, for his part, was previously married four times and is already father to daughters Allison, Amy, Sara, Erin and Jordan.

The couple tied the knot at an intimate ceremony in London in 2019, saying “I do” in front of 100 of their closest friends and family. McPhee stuns in a custom tulle dress from Zac Posen.

Shortly after their trip to the altar, the couple revealed they were expecting their first child together, a boy named Rennie.

Raising their son together was an “absolute joy,” McPhee wrote in an Instagram tribute in June, as she wished her husband a Happy Father’s Day.

“[He] loves me like I could only have dreamed of and who made me complete in life by making me a mama,” wrote the “Scorpion” alum. “I love our little family. I love our big family. You have NEVER complained about how your life is a little different now.”