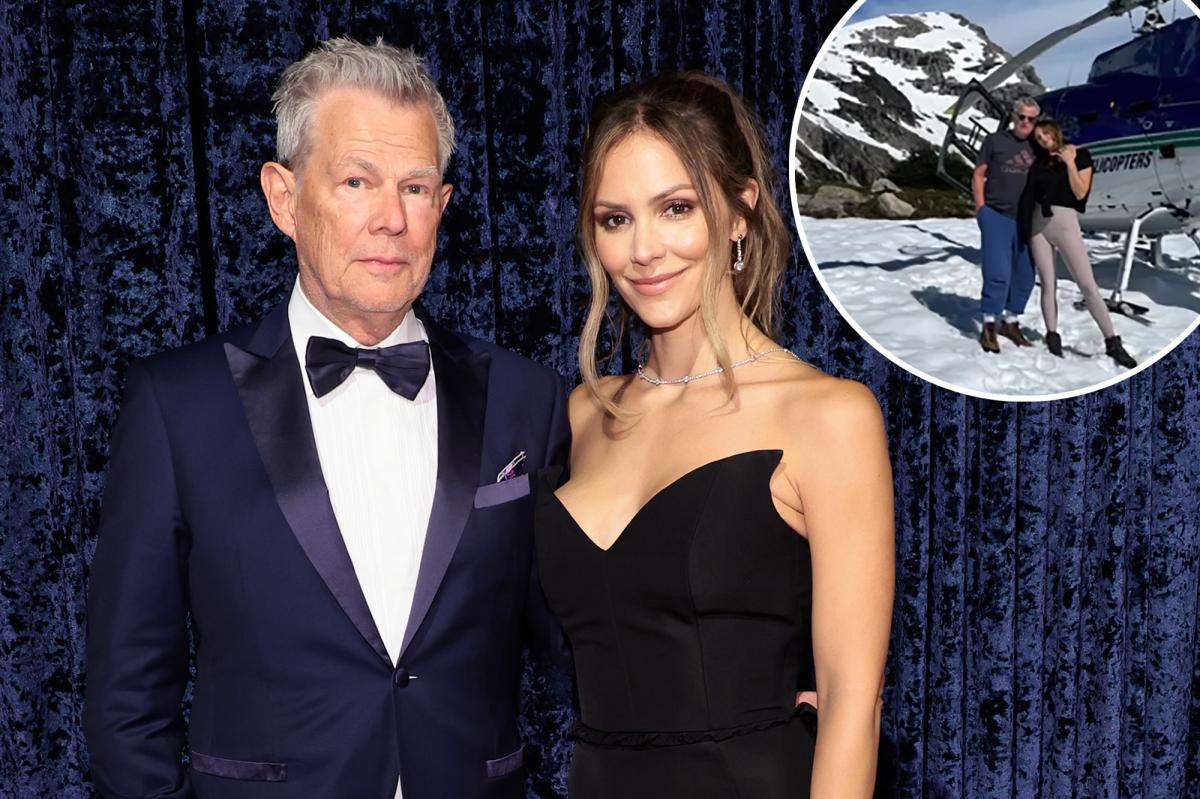 Katharine McPhee and David Foster are so used to getting hot and heavy that they’ve forgotten their coats.

After their steamy make-out session last week, the couple decided to cool off by traveling to Foster’s homeland up north.

On Friday, the former “American Idol” contestant shared a photo of the two in the snowy Canadian mountains to her Instagram story.

The pair were noticeably underdressed in short-sleeved T-shirts and snuggled side by side to keep warm as they posed next to a helicopter.

McPhee, 38, opted for light pink leggings, a black T-shirt and matching black snow boots. While she seemed to have a jacket handy, she chose to just sling it over her shoulders.

Her husband, a music producer, kept it casual in blue sweatpants, a gray Adidas T-shirt and brown boots.

While the “Over It” singer didn’t provide any additional context to the photo, she did show support for Foster’s homeland by adding a Canadian flag along with the country’s national anthem.

The “Smash” alum and composer, 72, first began dating in 2017, shortly after McPhee finalized her divorce from ex-husband Nick Cokas.

After dating for two years, the couple married in London in front of 100 of their closest friends and family, dazzling McPhee in a custom tulle dress from close friend Zac Posen.

Shortly after their wedding, the couple revealed that they were expecting their first child together, a son named Rennie.

Foster, who was married four more times, is also the father of daughters Allison, Amy, Sara, Erin and Jordan.