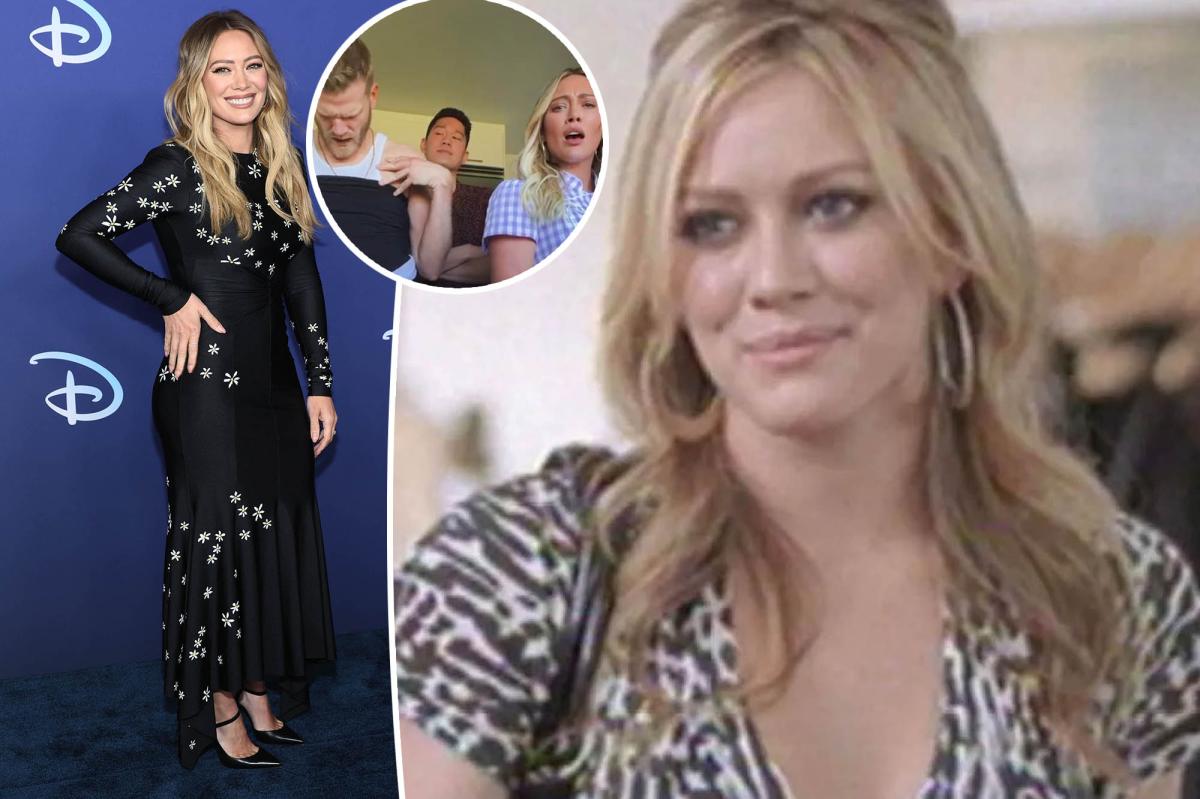 Hilary Duff recreated her 2008 “Think Before You Speak” PSA — which condemned the use of the phrase “that’s so gay” — in a new TikTok video.

In the clip posted Thursday, Pentatonix member Scott Hoying and his fiancée, Mark Manio, take on the roles formerly played by teenage girls in the viral campaign.

“That’s so gay,” Manio tells Hoying via voiceover as the a cappella singer tries on a top and asks, “Really?”

Dubbing her original lines, Duff then interrupts, “You know, you really shouldn’t be saying that.”

“What if every time there was something bad, everyone said, ‘Ugh, that’s that girl who wears a skirt as a top?’ … Those are nice jeans.”

Duff, 34, explained in the clip’s caption why she decided to do the remake, noting: “@Scott Hoying & @markmanio410 by tying the shirt on as a skirt/top, I said yes” also 14 years later – still holds ️.”

Fans in the comments section praised the “Lizzie McGuire” alum for the impact the PSA had on them years ago.

“I literally stopped saying that cause of this commercial,” one user wrote.

“HILARYYY this commercial meant so much to me,” added another.

When the “Think Before You Speak” campaign first came out, Duff spoke to CNN about her decision to get involved.

“I think it’s so important,” she said at the time. “We’re just not nice enough to each other, and there’s no reason why kids should go to school and it’s not a safe place for them or they shouldn’t be accepted.”

Duff also noted that she has “a lot of gay friends” whom she “loves to death” and “would never do or say anything to hurt their feelings.”

More recently, the mother of three spoke to the Gay Times about what the LGBTQIA+ community has meant to her and her career.

“I really feel like the whole gay community has supported me from the very beginning, when no one took me seriously as a singer,” she said in January.

“So I feel like I owe the community everything.”