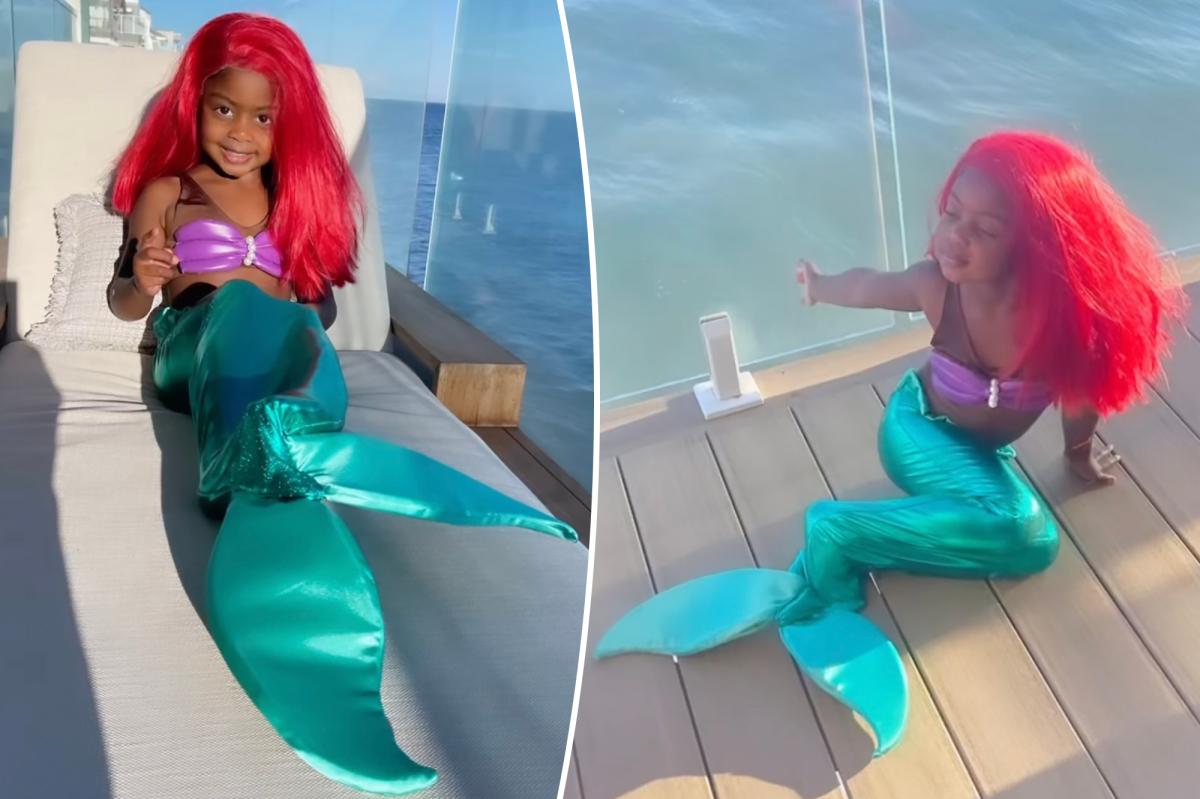 “You know we had to get the Halloween season off to a good start. May I present ‘Ariel & Her Sea Legs’ for consideration of the award,” the 49-year-old ‘Bring It On’ star wrote in a video of her 3-year-old mini-me, which she shares with her husband Dwyane Wade.

“#RepresentationMatters,” she added. “#StayMadJan S/O to @chelsea.union for making this perfect costume!”

In the clip, little Kaavia rocked a bright red wig and purple bikini top, designed to look like it was made out of seashells.

The adorable costume was completed with a custom made version of the Disney princess’ iconic turquoise tail.

Bailey, who portrays Ariel in the upcoming retelling, jumped into the comment section and wrote, “omg love it!”

After Disney released the teaser for the upcoming movie last month, social media erupted with adorable videos of young black girls reacting to seeing a Disney princess who looked like herself on screen.

“Seeing the reactions of these little babies makes me so emotional,” she wrote in the caption.

Disney first revealed that the Chloe x Halle singer would take on the iconic role of Ariel when the live-action film was announced in 2019.

Bailey recently spoke about her experience filming the film and why representation is so important.

“The fact that it’s played by me now, a person who looks like me, a woman of color, I’m like, ‘Wow.’ I’m so grateful for what it will do for all the other little black and brown boys and girls who will see themselves in me,” she told People last month.

“Because I know if I had seen myself when I was younger, I think my whole perspective would have changed,” she continued.