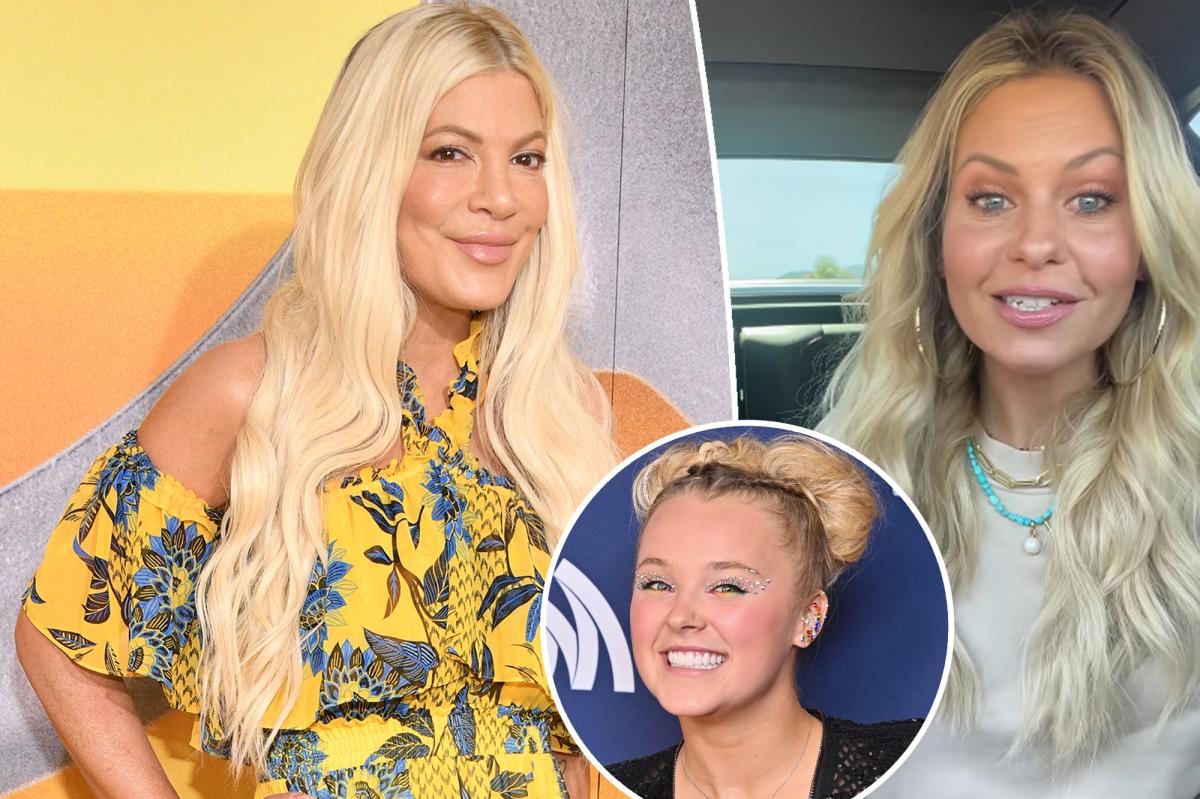 “You are officially my spirit animal!” the “BH90210” alum, 49, commented on Bure’s apology video posted Tuesday via Instagram.

‘So eloquently said,’ she continued. “I’m sitting here crying 😭 watching this video. Rings sooooo true. You are truly an inspiration! Love you. Xo.”

“I ran into you outside the hotel in NYC years ago, I was over the moon and had to say hello, you were one of the absolute nicest people I’ve ever met,” Palin, 31, wrote.

Bure, 46, posted the upload on social media a day after Siwa, 19, flashed a photo of the “Full House” alum calling the “rudest celebrity” she’s ever met on TikTok.

The sentiments of the “So You Think You Can Dance” jury stemmed from a 2016 red carpet interaction, Bure revealed while describing a recent phone call in which the drama spiraled out of control.

Siwa asked the actress for photos at the time, with Bure telling the dancer “not now” to only take photos with other children.

Bure said things are “all right” between them now before she shares a “lesson” with her Instagram followers.

“Even a 10-second trending TikTok video can wreak havoc because our words matter and our actions matter,” said the former “View” host. “We all influence the people around us.”

As for her own actions, Bure referred to herself as a “human being” who has “stressed” days. “I’m proud to be a nice person,” she said.

Before asking the audience to “keep going,” the Hallmark star concluded, “Every year I get older I grow and mature and just hope we can all have mercy on each other.”