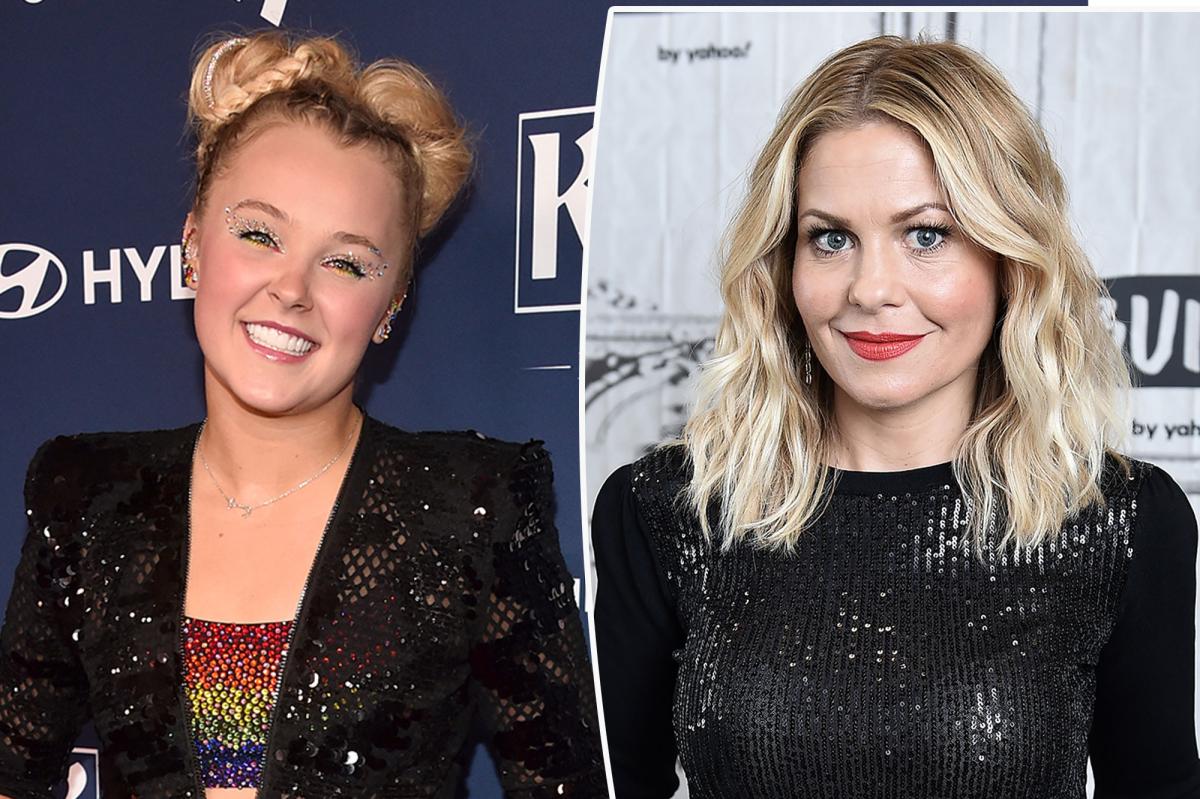 Candace Cameron Bure apologized to JoJo Siwa, saying their feud has been crushed.

The former ‘Full House’ star, 46, took to Instagram on Tuesday to say she contacted Siwa, 19, and asked her why she called her the ‘rudest celebrity’ she’d ever met.

During their conversation, Cameron Bure learned that she had snubbed Siwa when the then-young dancer asked her for a photo at the 2016 premiere of “Fuller House.”

The actress told Siwa, who was 12 at the time, “not now,” then went on to “take pictures with other people.”

Cameron Bure, who felt “nasty” when he heard the story, apologized numerous times for “breaking” the child star’s “heart”.

She added that as a mother, she felt even worse because she probably hurt Siwa’s mother’s feelings in the process.

However, Cameron Bure said that during their conversation, Siwa acknowledged that it was no longer “a big deal” and even felt somewhat “stupid” to tell her the story.

Siwa apparently had no idea her comments would spark controversy, which was the “lesson” Bure had for her fans.

The Hallmark actress said, “Even a 10-second trending TikTok video can wreak havoc because our words matter and our actions matter,” regardless of one’s level of fame or number of followers.

The pair’s unlikely feud began Sunday when Siwa shouted out to Cameron Bure in a viral TikTok video.

The clip showed the YouTuber quickly flashing photos of celebrities to categorize them as the “rudest”, “nicest” and her “crush” among others.

When it came time to reveal the “rudest celebrity” she’s ever met, the singer showed a photo of Cameron Bure on the set of “Fuller House”.

After the unexpected reaction made headlines, the actress – who is a devout Christian – posted on her Instagram story the Bible verse Isaiah 26:4, which reads, “Trust in the LORD forever, for the LORD GOD is an everlasting rock. “