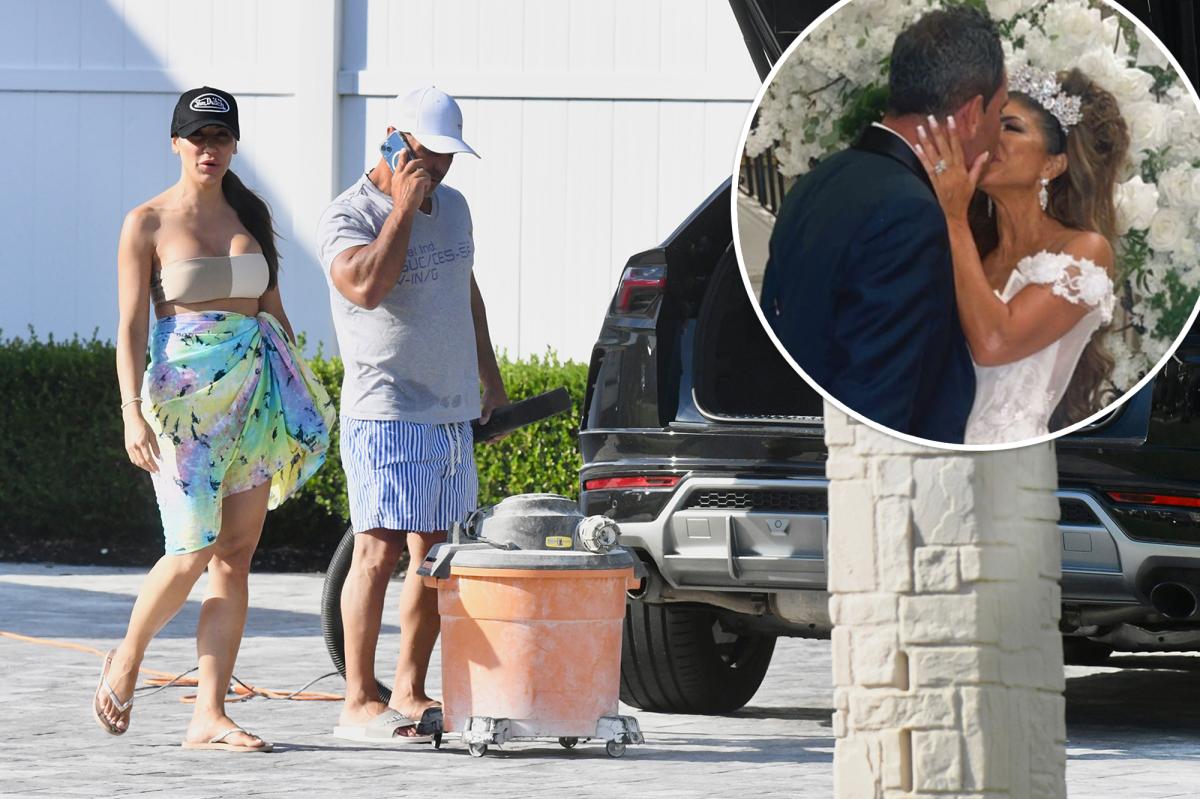 It seems that blood is no thicker than water.

The stars of “Real Housewives of New Jersey” — who decided at the last minute not to attend the wedding — spent the weekend on the coast before heading home to Toms River, NJ.

The reality stars were casually dressed for their return home, with Melissa opting for a strapless beige bikini top and a colorful sarong.

It looks like they were joined by some friends and family on the outing, and Melissa shared a photo of some kids jet skiing on her Instagram.

Vidak For Congress exclusively revealed earlier this week that Joe and Melissa would not be there to support Teresa when she said “I do” to Ruelas on Saturday at the Park Chateau Estate in East Brunswick, NJ.

“They were invited,” an insider told us, noting that a “very exciting ‘Housewives’ finale was filmed a week before the wedding.

Additionally, photos of the reception that have since surfaced on social media show that Joe and Melissa’s names have never been removed from the seat map.

It seems they would have been sitting at the same table as Teresa’s family, including her four daughters, had they decided to attend.

While giving a speech later in the evening, according to another video doing the rounds on social media, the bride seemingly cast some shadow at her brother and sister-in-law for being no show when she called out her “chosen family.”

Bravo fans first began to wonder if the Gorgas would attend the wedding when the author of “Turning the Tables” announced in March that Melissa would not be one of her bridesmaids.

Although Melissa said on her podcast that she was “fine” with her sister-in-law’s decision, she wondered if “her new sister-in-law” would be part of the bridal party.

“Is it like a marriage with no family, except for the four daughters, her four beautiful daughters and some of her friends?” asked Melissa. “If that’s the case, then I think that makes perfect sense.”

Teresa was joined by co-stars Dolores Catania and Jennifer Aydin, as well as daughters Gia, 21, Gabriella, 18, Milania, 16, and Audriana, 13, as bridesmaids on her big day.

She walked down the aisle in a dress by Mark Zunino, a crystal tiara from Bridal Styles Couture, and an embroidered Bridal Reflection veil to match the tattoo she got in honor of her late mother, Antonia Gorga.