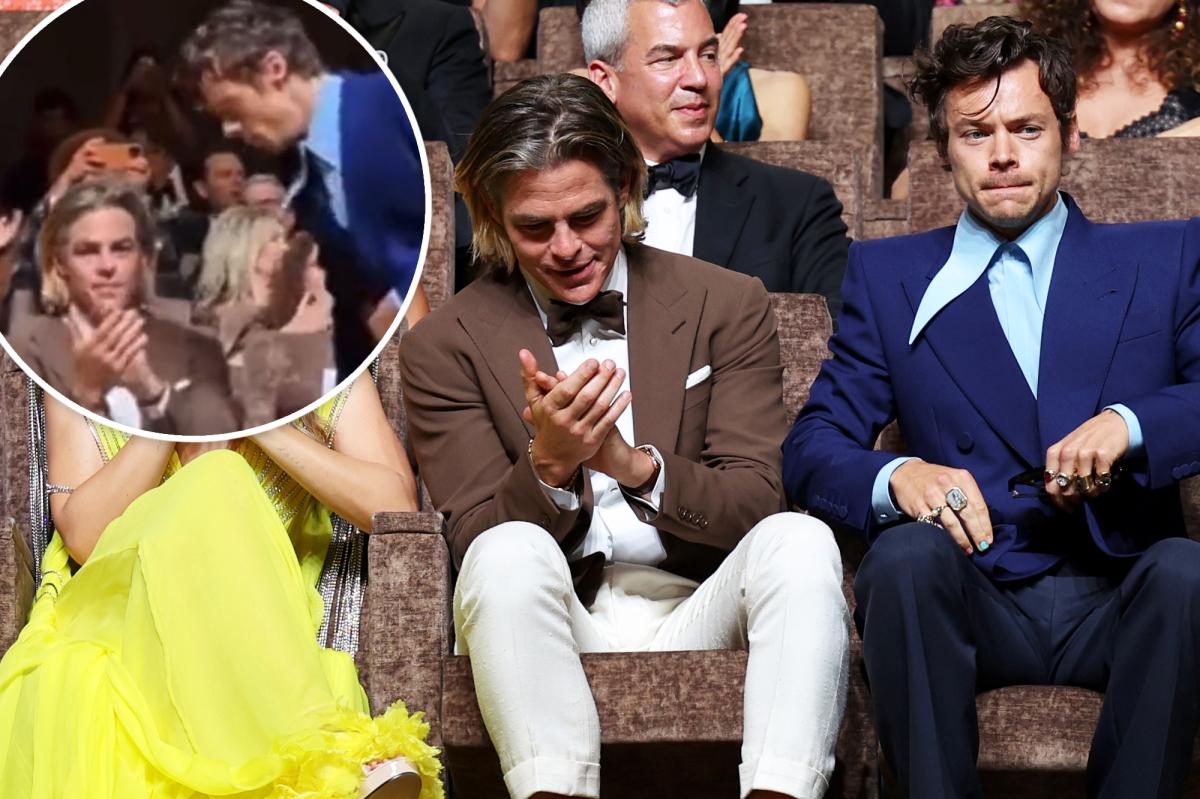 That was a sticky assumption.

A representative for Chris Pine debunked the wild theory that Harry Styles spat at Pine as he made his way to his seat during the premiere of “Don’t Worry Darling” at the Venice Film Festival Monday.

“This is a ridiculous story — a complete fabrication and the result of a strange online illusion that is clearly deceiving and allows for silly speculation,” Pine’s representative told People Tuesday.

“Just to be clear, Harry Styles did” not spit on Chris Pine,” the rep continued. “There is nothing but respect between these two men and any suggestion otherwise is a blatant attempt to create drama that simply does not exist.”

The “As It Was” crooner went viral after a clip from the screening convinced fans that Styles, 28, was spitting at the “Wonder Woman” actor, 42. After the “Late Night Talking” singer spit on Pine seemed to be aiming, the long-haired actor stiffened halfway through his slap and stared into his lap with a smile before letting out a slightly shocked chuckle.

Once the “My Policeman” star sat down, he looked everywhere but Pine, giving fans more faith in the alleged attack.

The ‘Contractor’ star’s behavior during the film festival’s tour became headline fodder as he was seen dissociating while Styles answered questions at a press conference that Florence Pugh skipped.

People started to believe that Pine had seemingly sided with the rumored feud between Pugh, 26, and Wilde, 38, that may have led to Spitgate, but now it seems he doesn’t care enough about the project to participate.