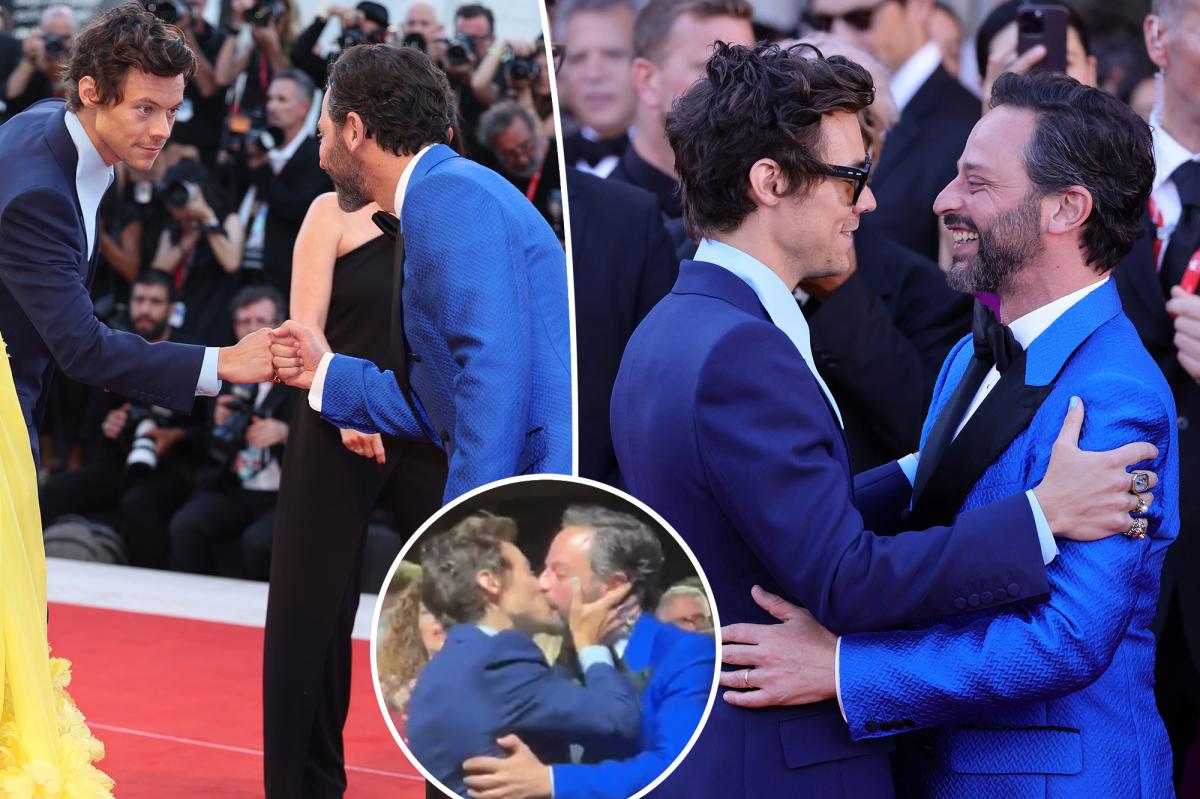 Harry Styles grabbed his “Don’t Worry Darling” co-star Nick Kroll’s face and kissed him on the lips when their film received a standing ovation at the Venice Film Festival premiere Monday.

Both dressed in blue suits, Styles, 28, and Kroll, 44, seemed elated by the public’s reaction to the Wilde-directed psychological thriller.

The excited moment between these two was a far cry from what may have happened between Styles and co-star Chris Pine.

Upon arriving at the theater, the “Late Night Talking” singer seemingly spat on the “Wonder Woman” actor, 42, as he sat down, triggering a look of disbelief from Pine and an uneasy facial expression from Wilde.

While “Don’t Worry Darling” feuds previously circulated only around Wilde, 38, and lead actress Florence Pugh, it seems the hard feelings have affected the entire cast.

At the film’s press conference, which Pugh skipped amid the rumor feud, it appeared that Pine was distancing himself from the event every time the former One Direction crooner or “Booksmart” director spoke.

While Wilde declined to answer questions about Shia LaBeouf’s revelation that he was quitting and not being fired from the project, she rambled around curiosities related to the “Little Women” star.

“Florence is a force. We are so thankful she can make it tonight despite being in production [for ‘Dune: Part 2’]’ said Wild. “As for all the endless gossip and noise in the tabloids, the internet feeds itself. I don’t feel like I have to contribute to that.”

Ahead of the film’s screening, Pugh, 26, joined the cast to pose for photos, but notably she wasn’t standing next to Styles or their director, who are now dating.