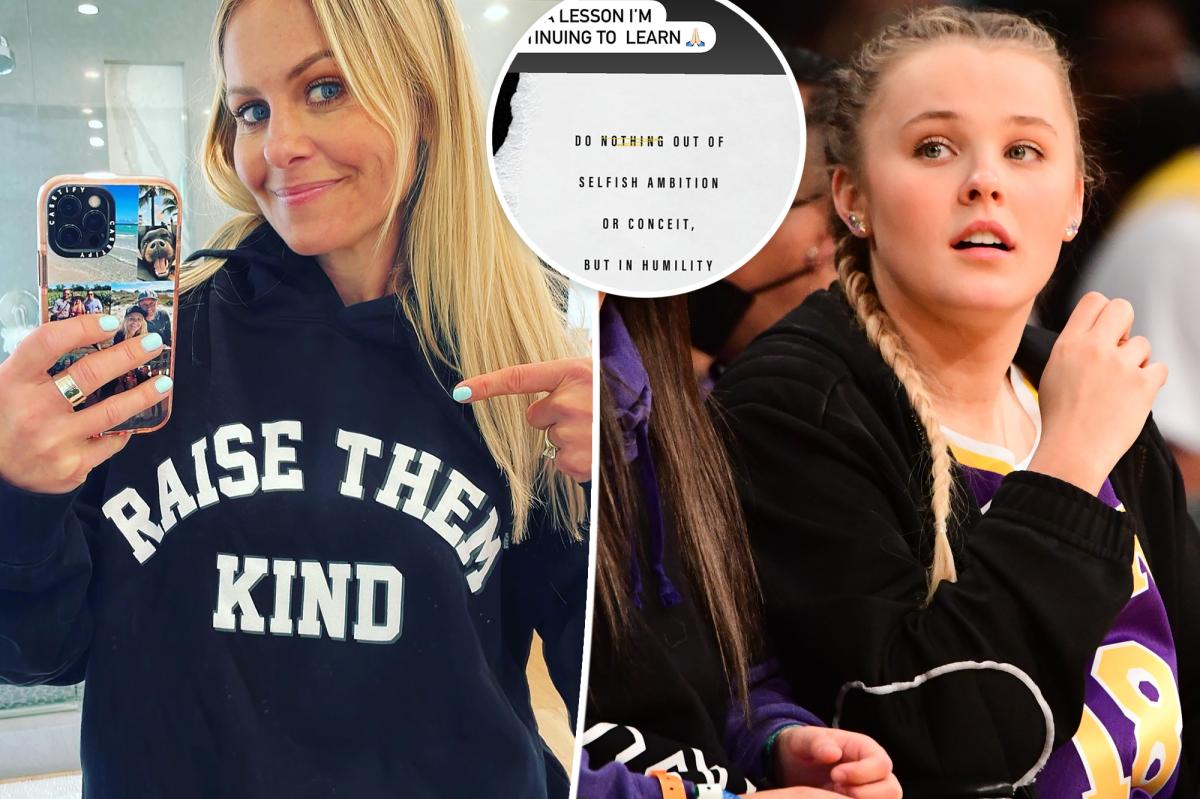 The 46-year-old ‘Fuller House’ alum shared Philippians 2:3 via her Instagram Stories Thursday, stating: “Do nothing out of selfish ambition or conceit, but humbly regard others as more important than ourselves.”

Cameron Bure called the “lesson” she “continues to learn.”

The Hallmark Channel actress previously shared a verse from Isaiah when Siwa, 19, called her the “rudest celebrity” she’s ever met in a TikTok video on Sunday.

“Trust in the Lord forever, for the Lord God is an everlasting rock,” the verse read.

Cameron Bure apologized to the “So You Think You Can Dance” judge on Tuesday, describing a conversation she once had with Siwa while trying to figure out “where [the diss] came from.”

After explaining that she “broke” the dancer’s heart during a premiere by not taking a photo with her, Cameron Bure shared a “lesson” with her Instagram followers.

“Even a 10-second trending TikTok video can wreak havoc because our words matter and our actions matter,” she said. “We all influence the people around us.”

Siwa claimed the next day that Cameron Bure didn’t share the “full details” of the “rough experience”, adding: “When you’re little and someone says something to you, and you never forget it as long as you live – I think that we’ve all had that moment – and I feel like this was that moment for me.”

While the former co-host of “The View” subsequently posted the Philippian verse, her daughter, Natasha Bure, told Siwa about growing up in a since-deleted Instagram post.

“With respect, someone saying no to taking a picture with you is not a ‘rough experience,'” the 23-year-old wrote Thursday. “This generation is so sensitive and has no spine.

“There are bigger problems in the world than this,” Natasha continued. “There are people who are dying in other countries, there are children who are starving. Those people are having a hard time.”