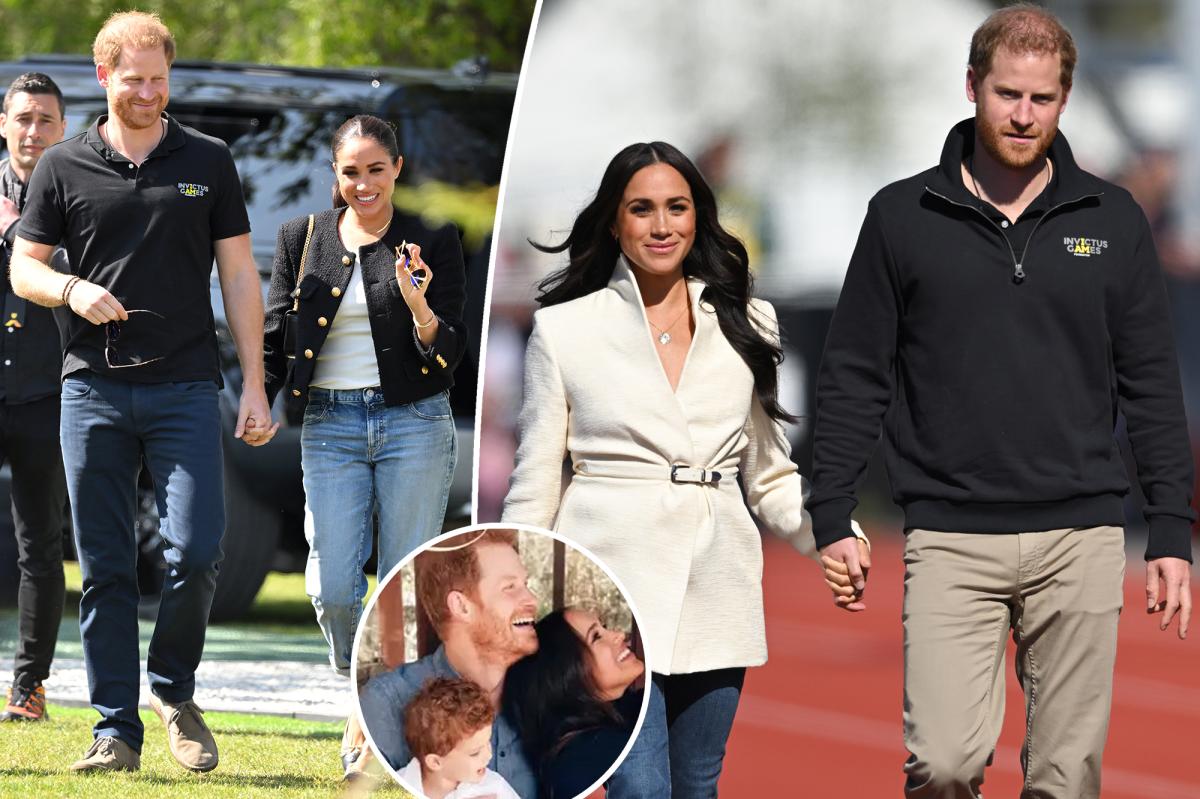 Prince Harry and Meghan Markle took their 3-year-old son to a Fourth of July parade in Wyoming on Monday, in photos obtained by The Daily Mail four days later.

Archie looked cute and watched the festivities from the sidewalk with a lollipop in his mouth.

The toddler wore a patriotic outfit to the event, including a blue striped shirt, jeans, blue shoes and a “California Republic” cap.

Markle, 40, is also covered in a sun hat and pairs a white top with black pants. Harry, for his part, looked just as casual in his shorts and polo.

The couple held their son’s hand and pointed to vintage cars in the procession as he watched.

The duo, whose 1-year-old daughter, Lilibet, was not pictured during the parade, hung out with Markle’s friend Heather Dorak and her children.

It’s not known why the couple was in Wyoming, a two-and-a-half hour flight from their California home, or how long they stayed in Jackson Hole.

The Duke, 37, named his children in his speech about his late mother, Princess Diana, saying: “I see my mother’s legacy when I look at my own children every day.”

Harry welcomed Archie and Lilibet in May 2019 and June 2021 respectively, and the former military pilot often talks to the little ones about the Princess of Wales.

The prince noted in an April interview with Hoda Kotb that while he doesn’t tell them “all the things that happened,” referring to the August 1997 car accident that killed Diana at age 36, he did. has photos of the late royal family in the house. †

“She watches over us,” Harry said during the Today show interview.

In May 2021, during AppleTV+’s “The Me You Can’t See” series, he revealed that one of his oldest child’s first words was “grandma”.

“It’s the sweetest thing, but at the same time it makes me very sad because she should be here,” Harry said at the time. “I wish she could have met Meghan. I wish she was around for Archie.”