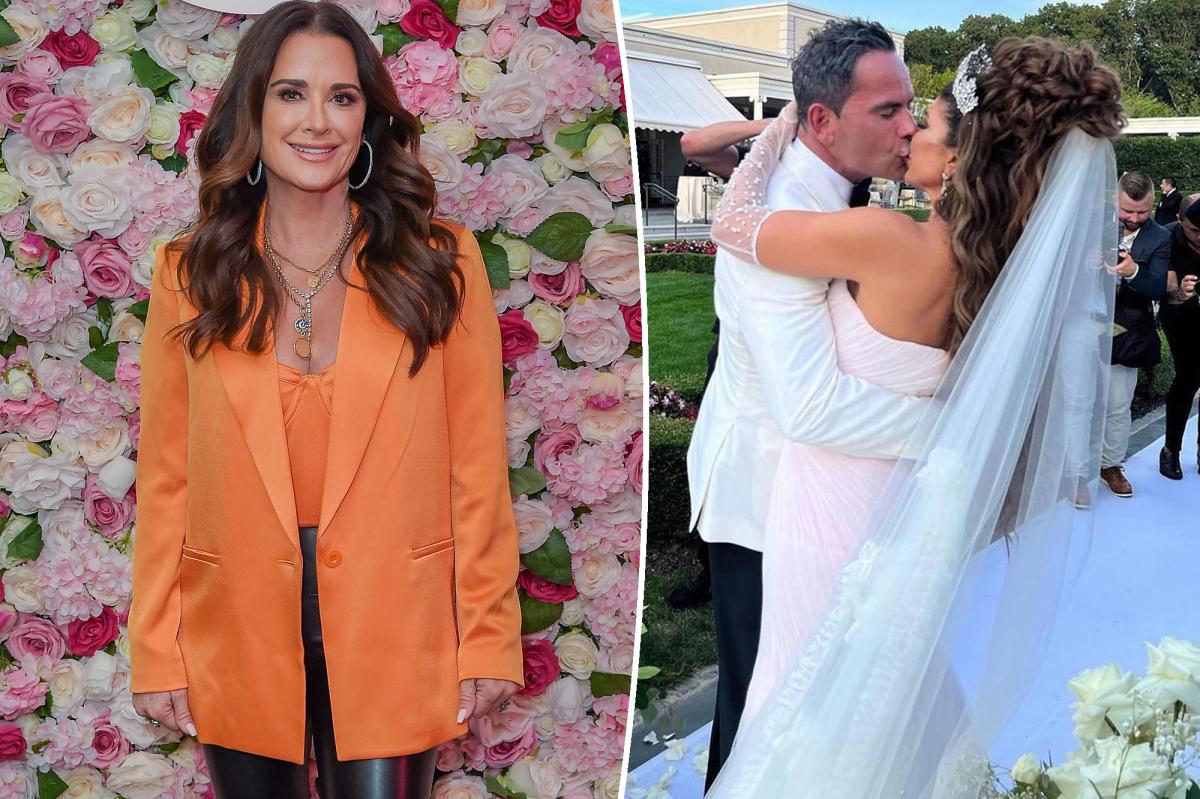 Kyle Richards revealed that she was not attending the wedding of Teresa Giudice and Luis “Louie” Ruelas because she was in the process of relocating in Colorado.

‘I’m out of town! We have moved to a new house in Aspen. I let Teresa know ahead of time,” the ‘Real Housewives of Beverly Hills’ star responded when Instagram account @cici.loves.you DMed her why she missed Saturday’s ceremony in New Jersey.

Richards, 53, was invited to the wedding after getting closer to the 50-year-old “Real Housewives of New Jersey” star in Season 1 of the Peacock spin-off “The Real Housewives Ultimate Girls Trip.”

Luckily for the bride, two of her other “RHUGT” co-stars, Kenya Moore and Cynthia Bailey of “The Real Housewives of Atlanta,” were able to attend her big day.

Fellow castmates Ramona Singer, who leaked Giudice’s wedding location and date in June, and Luann de Lesseps of “The Real Housewives of New York City” also skipped the wedding. However, De Lesseps, 57, did post on Instagram to celebrate the newlyweds.

“Congratulations @teresagiudice & @louiearuelas So happy for you both! I always wish you love & sexytime 😉’, wrote the comedian, who shot her ‘Simple Life’-esque reality show in Illinois with Sonja Morgan.

Giudice’s “RHONJ” co-stars Dolores Catania and Jennifer Aydin served as bridesmaids, and all of her other current cast members were also in attendance — except one.

Vidak For Congress broke the news Friday that Giudice’s brother, Joe Gorga, and his wife, Melissa Gorga, refused to attend the wedding at the last minute.

“There was a very exciting ‘Housewives’ final filmed earlier this week,” said a source.

A second source claimed that Giudice had repeated a rumor intended to “cause drama” in Joe and Melissa’s marriage.

Instead of going to the wedding, the Gorgas chose to spend the weekend on the Jersey Shore. They were photographed returning home on Sunday.

Anyway, Giudice danced the night away with her “chosen family” at the Chateau Estate in East Brunswick, NJ.

The Bravolebrity said “I do” in an off-the-shoulder dress by Mark Zunino with a mermaid silhouette and a crystal tiara from Bridal Styles Couture that fits over her poky updo. She paired the look with a veil embroidered with the Italian phrase “Semper Insieme” (which translates to “Always Together”) — matching the tattoo she got in March 2021 in honor of her late mother, Antonia Gorga.