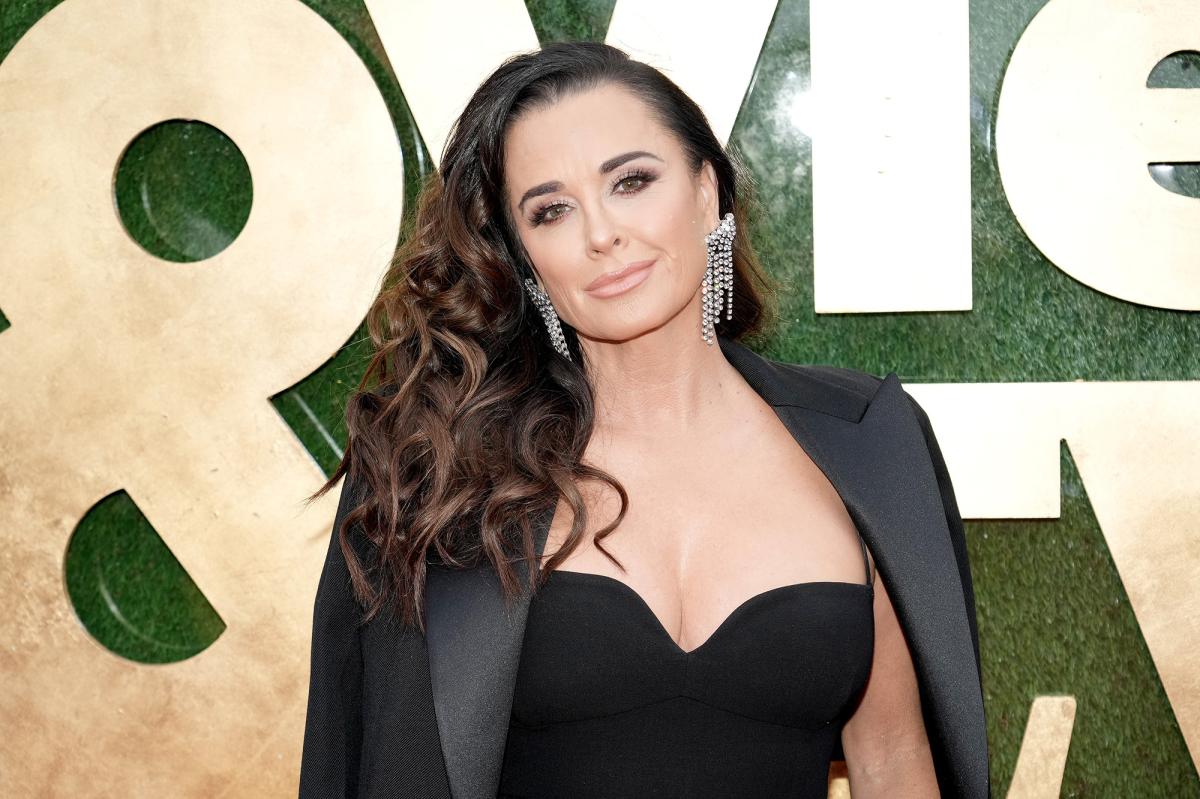 Kyle Richards “can’t move” after a back injury, she revealed on social media Thursday alongside snaps of the “Real Housewives of Beverly Hills” star in bed.

“My back hurts and I can’t move,” she captioned her lunch tray shot of tomato soup and broccolini. “This is where I will be for the unforeseen future.”

Her feet were covered with a blanket, with the television in the background of the photo.

The reality star has not yet revealed what caused the injury, but went on to say that her dogs, German Shepherds Luna and River, have not left her side as she recovers.

“These babies don’t leave my side. Not even to eat or use the bathroom #germanshepherds,” she explained, along with a crying face, prayer and red heart emojis.

She also acknowledged what a bad idea it was for her to watch a comedy while she couldn’t move, giggling over “Bridesmaids” (2011) with Kristen Wiig and Maya Rudolph playing in the background.

“Maybe not the best thing to watch if I can’t move,” she added, along with three more crying-faced emojis.

The “Housewife” recently claimed she’s not sure she’ll be back for another season of the show, telling E! News last month, “I always say, ‘I don’t know,’ and every season I think, ‘Well, maybe I can do another one.’

“And sometimes I just think, ‘How can I keep doing this?’ especially when I’m really upset, like last season when we finished.”