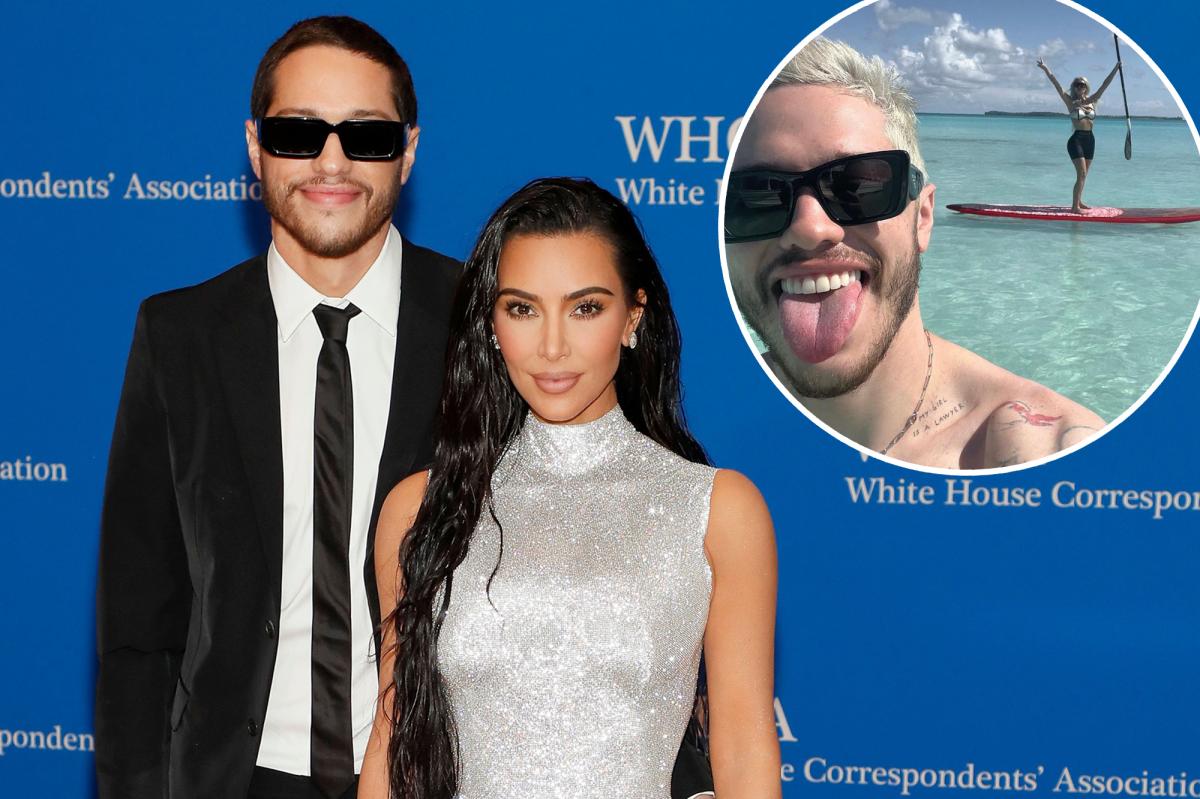 Kim Kardashian took a new look at her and Pete Davidson’s recent tropical vacation — and his Instagram friendship — in new photos.

The 41-year-old “Keeping Up With the Kardashians” shared swimming photos of the comedian, 28, in a slideshow on Friday before criticizing his photography skills on her Instagram story.

Kardashian has uploaded many “outtakes” of their “attempts” to get content on the journey, from paddle boarding to biking.

“I don’t know if he’s laughing at me,” the “Kardashians” star wrote in a video in which Davidson laughed at her as she splashed water.

She later clarified, “Oh, he’s making fun of me.”

Although “Saturday Night Live” alum Kardashian “struggled” to pose with a paddle and “deliberately lets [her] drifting far away,” she called him “the best” photographer.

“We took the cutest pictures and just had so much fun trying it,” the reality star gushed. “He even tried to get content on the bike. Wasn’t his best work. This cute video makes up for it.”

Kardashian gave her Instagram followers a first look at their vacation Monday, writing, “Beach for 2.”

The couple, who made their relationship Instagram official in March, kissed and held hands in the water in the social media upload.

While Davidson has yet to appear on Kardashian’s family’s new Hulu show, the series finale allowed the comic to joke about their sex lives.

“Pete, come here, you have to meet Paxy,” the Skims founder said in a confessional that aired Thursday. “Paxy collaborated with me as audio [for] 14 years from ‘Keeping Up With the Kardashians’. She knows everything about me. She probably saw my vagina.’

Davidson was heard to ask, “More than me?”

Kardashian laughed and replied, “Not more than you. But she probably saw it.”

The creator of KKW Beauty was previously married to Kanye West, and the former couple shares North, 8, Saint, 6, Chicago, 4, and Psalm, 2.