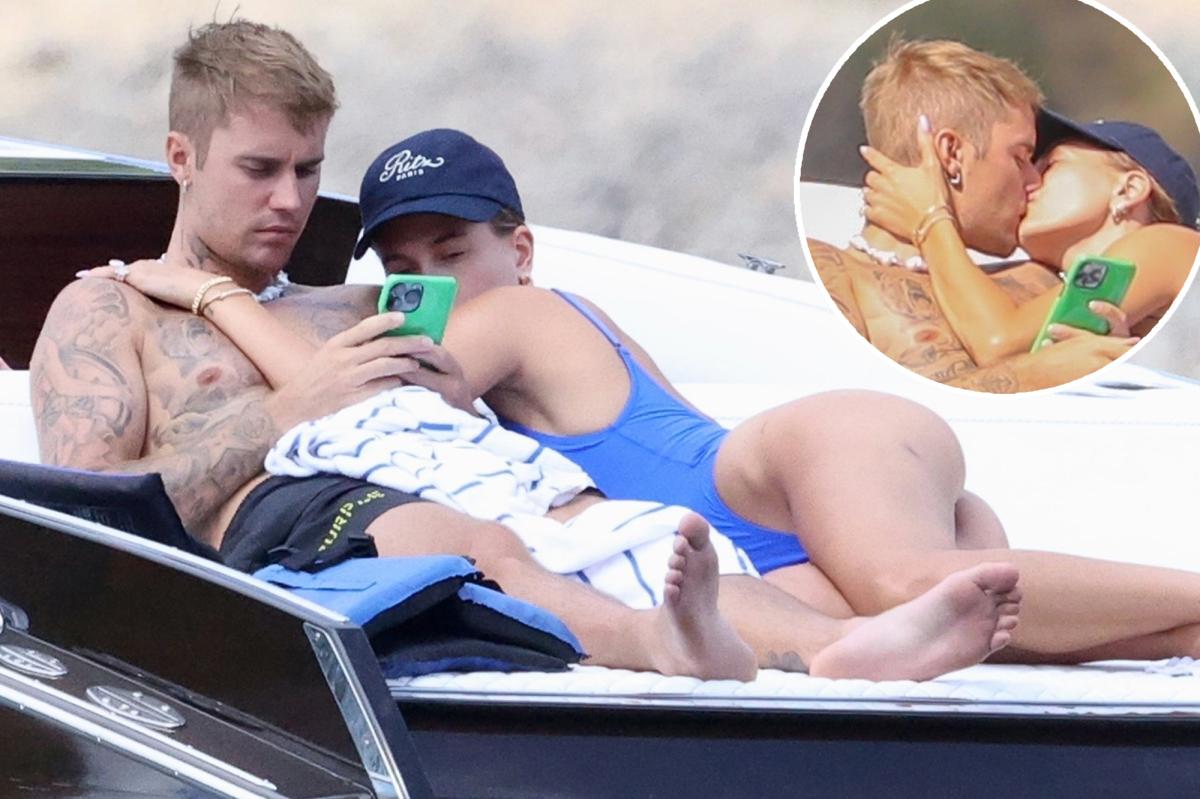 Justin Bieber and Hailey Bieber wrapped up the weekend on the PDA while vacationing in Coeur d’Alene, Idaho, while he was recovering from Ramsay Hunt syndrome.

The ‘Sorry’ singer, 28, and model, 25, were photographed kissing and snuggling on a boat during their romantic summer break with friends.

They were seen lying together on the deck of the ship before rising and hugging each other affectionately.

Hailey stunned in a blue one-piece designed by family friend Kim Kardashian’s Skims brand, which she accessorized with a dainty “Rhode” necklace, which is both her middle name and the name of her new skincare brand.

She paired the bathing suit with a dark blue baseball cap and swept her highlighted locks behind her shoulders.

The Canadian crooner went shirtless while wearing accessories with a white beaded necklace, a black watch and sunglasses.

The outing came after Justin was diagnosed with Ramsay Hunt syndrome in early June, forcing him to postpone the US dates of his ‘Justice’ world tour.

Hailey, whom Justin married in September 2018, has been by her husband’s side during all of his recent public outings — including a church service in Los Angeles last month.

The pair looked casual as they first stepped into the service as Justin was seen for the first time since telling fans he was suffering from the syndrome, which causes facial paralysis.

“I just wanted to tell you a little bit about how I felt. Every day has gotten better,” he explained in an Instagram post at the time, noting that he had a faithful “perspective” on his health situation.

“Through all the discomfort I have found comfort in the one who designed me and who knows me. I am reminded that he all knows me. He knows the darkest parts of me that I don’t want anyone to know and he always welcomes me into his loving arms,” ​​Justin continued.

He also wrote in the post’s caption, “At this point in my life I realize storms come and go. Jesus continues to remind me that he is with me in the midst of the storm.”