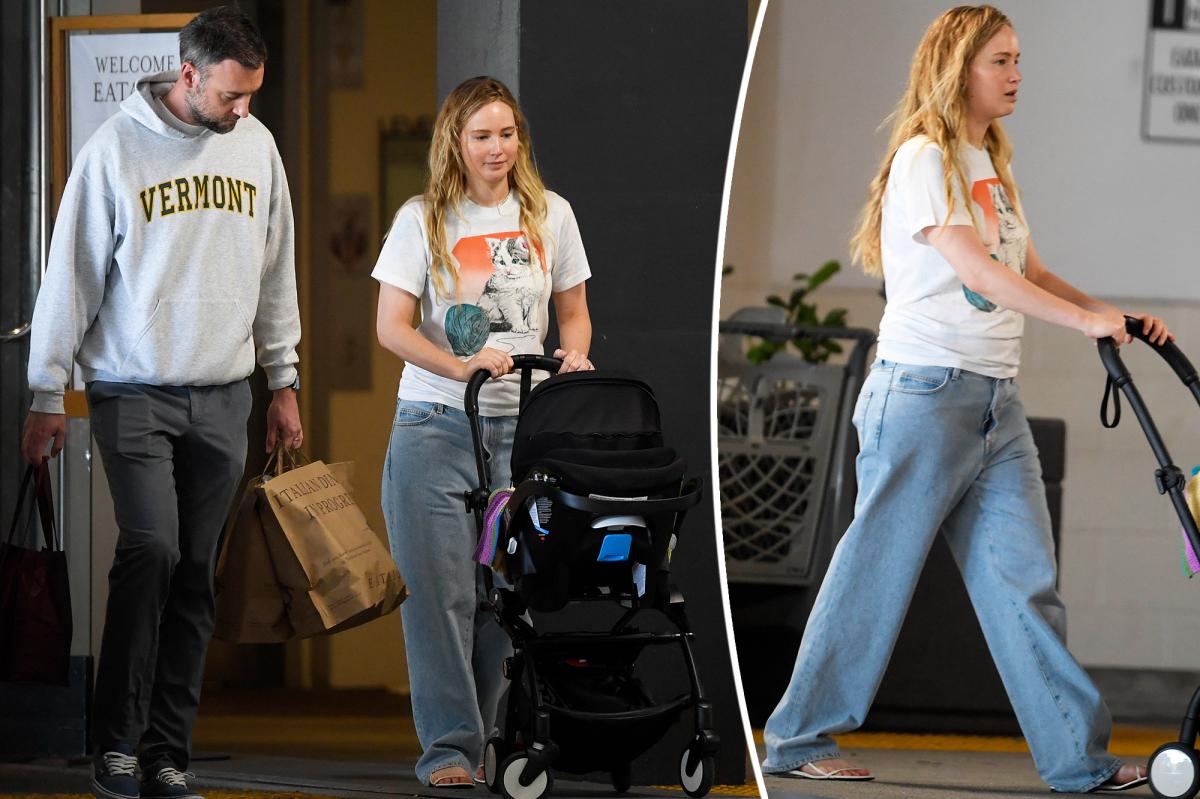 Jennifer Lawrence and her husband, Cooke Maroney, took their little one on Monday on a rare public outing to an Italian market in LA.

Lawrence, 31, pushed her baby’s stroller as she and the 37-year-old art dealer searched the aisles of Eataly in search of Italian delicacies.

“The couple seemed comfortable with each other and it seemed like a very normal message,” a source told Vidak For Congress on Wednesday.

Lawrence — who is known for keeping her family life out of the spotlight — told Vanity Fair last year that going to the grocery store with her husband is “filling.” [her] with pleasure.”

She explained, “Maybe because it’s almost a metaphor for marriage. “Okay, we’ve got this list. These are the things we need. Let’s work together and make this happen.’”

The “Hunger Games” star and the art gallery owner were married in October 2019 at the famed Belcourt of Newport mansion in Rhode Island.

Vidak For Congress exclusively reported that the couple were dating in June 2018. A source told us at the time that Lawrence’s best friend Laura Simpson had introduced them.

Two years later, Lawrence confirmed she was pregnant with the couple’s first child, and she quietly gave birth in February.

The new parents have since remained mum about the first few months of their baby’s life — including gender and exact date of birth — but Ellen DeGeneres seemingly dropped a clue last month.

“Now I live next door to you, and I see you living in my house with a brand new baby,” DeGeneres, 64, told Lawrence on an episode of her talk show. “By the way, I hear you talking to him sometimes.”