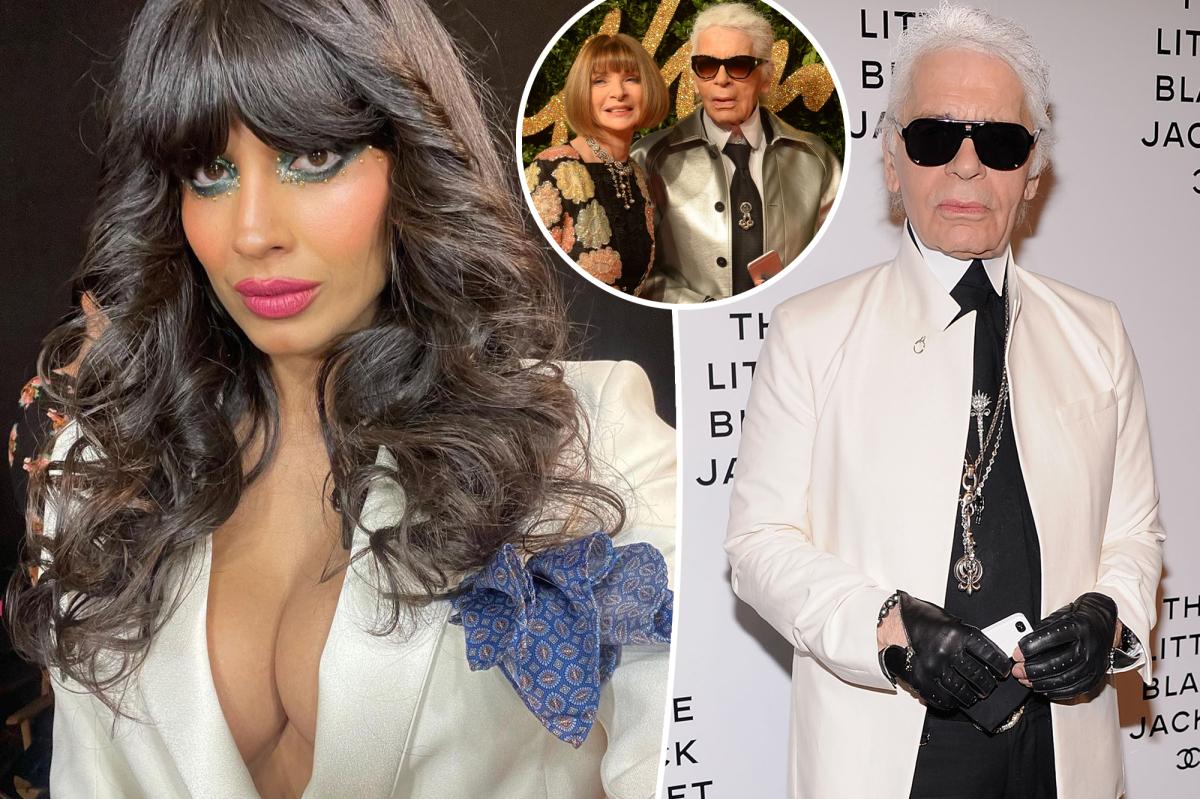 Jameela Jamil doesn’t hold back when it comes to the Met Gala.

Last week, the event’s theme for 2023 was unveiled as “Karl Lagerfeld: A Line of Beauty,” in honor of the late creative director Chanel, who passed away in 2019 – and while many fashion fans were excited about the announcement, the “Good Place star was not one of them.

Jamil, 36, took to Instagram on Sunday to express her distaste for the upcoming gala and shared her thoughts in a lengthy post that included a photo of Lagerfeld with the word “No” underneath.

“This man … was indeed extremely talented, but used his platform in such an obviously hateful way, mostly towards women, so repeatedly and until the last years of his life, showed no remorse, offered no atonement, no apology, no aid to groups he attacked… there was no explanation for his vicious outbursts,” the actress wrote “She-Hulk.”

“Swipe for receipts,” she continued, citing eight screenshots she included in her post highlighting several controversial quotes the fashion designer had made in the years before his death at age 85.

One example was a 2009 interview he gave to German magazine Focus, in which he said “nobody wants to see curvy women,” referring to the traditionally skinny models on his catwalk.

In the same interview, Lagerfeld – whose designs have been a regular fixture on the Met Gala red carpet over the years – added: “You have fat moms sitting in front of the TV with their bags of chips and saying thin models are ugly. The The world of beautiful clothes revolves around dreams and illusions.”

Another screenshot Jamil shared included the designer’s thoughts on the Me Too movement, telling fashion magazine Numero in 2018, “If you don’t want your pants pulled, don’t become a model!” and suggest that women “join a nunnery instead”.

“Why is THIS we’re celebrating when there are so many GREAT designers out there who aren’t bigoted white men?” the actress posted, calling the way Lagerfeld spoke about marginalized groups, especially “Muslim refugees,” as “disgusting.”

This isn’t the first time the “Good Place” star has spoken out publicly on a controversial topic; she has defended Meghan Markle against bullying claims and in March criticized Kim Kardashian for her viral comments that “nobody wants to work these days”.

As for the Met Gala, Jamil ended her post with: “Sorry, but no. This isn’t the 90s. We didn’t fight all this to throw it all away because a white man made nice clothes for the skinny people’s favorites… come on now.’