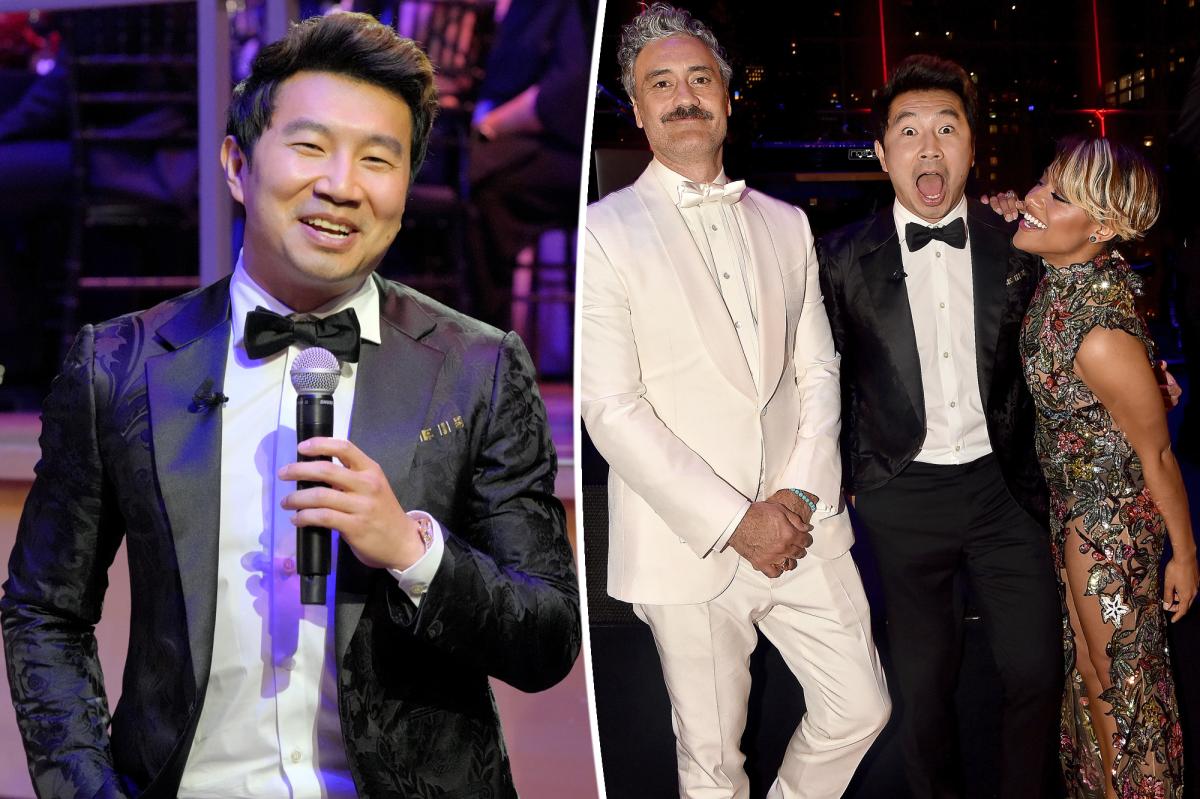 Marvel star and honoree Simu Liu — who plays Shang-Chi in “Legend of the Ten Rings” — welcomed guests at what he called “the Met Ball for Nerds,” and also poked fun at himself by saying, “I’m not even one of the 100 most influential people in the marvel universe… So why me? I like to think it’s because I broke down racial barriers for Asians around the world. But let’s face it, they probably could have Pete Davidson not get.”

(Davidson was also on the list of top global men, but was not at the event.)

Liu then proceeded to playfully toast the room.

Speaking to Amanda Seyfried, he was halfway through her Hulu hit “The Drop Out,” saying, “I have a feeling things are looking really good for Elizabeth Holmes. Can’t wait to see how she’s doing. ” (Theranos con man Holmes was convicted of fraud).

Liu also took aim at Elon Musk, who was not present, noting that the room was full of people who “could crash the stock market with a single Tweet”, adding: “Elon if you look at home, you are not the only one who could. You’re just the only one who really wants to.”

In a somewhat awkward way, Liu, who is known for his love of Boba tea, had tech mogul Gates try a few, saying, “I honestly don’t know what billionaires drink. I assume there’s some sort of liquid NFT whether Web 3 is a drink,” Gates recalls of the Tapioca drink, “Don’t forget to chew.”

Miranda Lambert, in a sparkling get-up, performed for the glittering crowd. “That was terrifying,” she was heard saying after stepping off the stage. And to top it all off, Mary J. Blige got the whole room going with her song “Family Affair.”

Much to the delight of those in attendance, she had to replay part of her set due to technical issues with the cameras filming for the TV special, re-singing a song, and then leaving the stage.

As the cameras rolled, they didn’t see her staggering down the stairs in heels and a dress, looking around to ask someone nearby, “Can someone help me?”