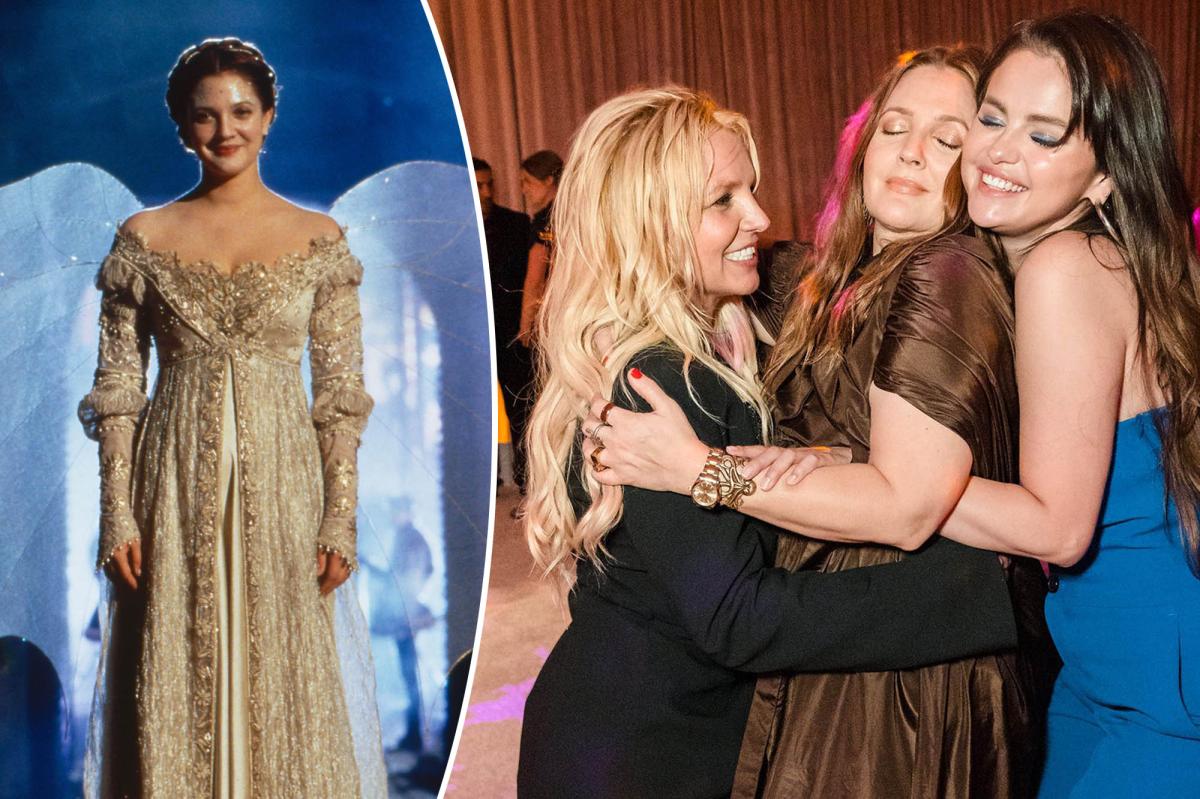 Drew Barrymore couldn’t help but recall her glamorous 1998 film, “Ever After,” as she pondered the marriage of singer and boyfriend, Britney Spears.

“What I learned from Ever After is that we have to save ourselves and still want the fairy tale. And that’s exactly what Britney did!” Barrymore, 47, shared Friday night on Instagram alongside snaps from the event, including one of the talk show hosts sandwiched between the bride and fellow guest, Selena Gomez.

“I couldn’t be happier with her intrepid journey!!!!!!!,” she concluded before detailing her look for the occasion, including a chocolate Valentino couture dress.

Spears’ journey to the altar was a long one, because her previous conservatorship prevented her from getting married or having children.

After finishing her conservatory, Spears has been doing well in her relationship with new husband, Sam Asghari.

In addition to Barrymore and Gomez, the exclusive soirée was also attended by Madonna, Paris Hilton and Donatella Versace, who designed Spears’ dress for her fairytale wedding.

However, Spears’ estranged parents, Jamie Spears and Lynne Spears, and her sister, Jamie Lynn Spears, were not there, nor were her sons Sean Preston (16) and Jayden James (15).

Her brother, Bryan Spears, reportedly received an invite, but it appears he was not present either.

The pop star, 40, and Asghari, 28, got engaged in September 2021 after dating for nearly five years.