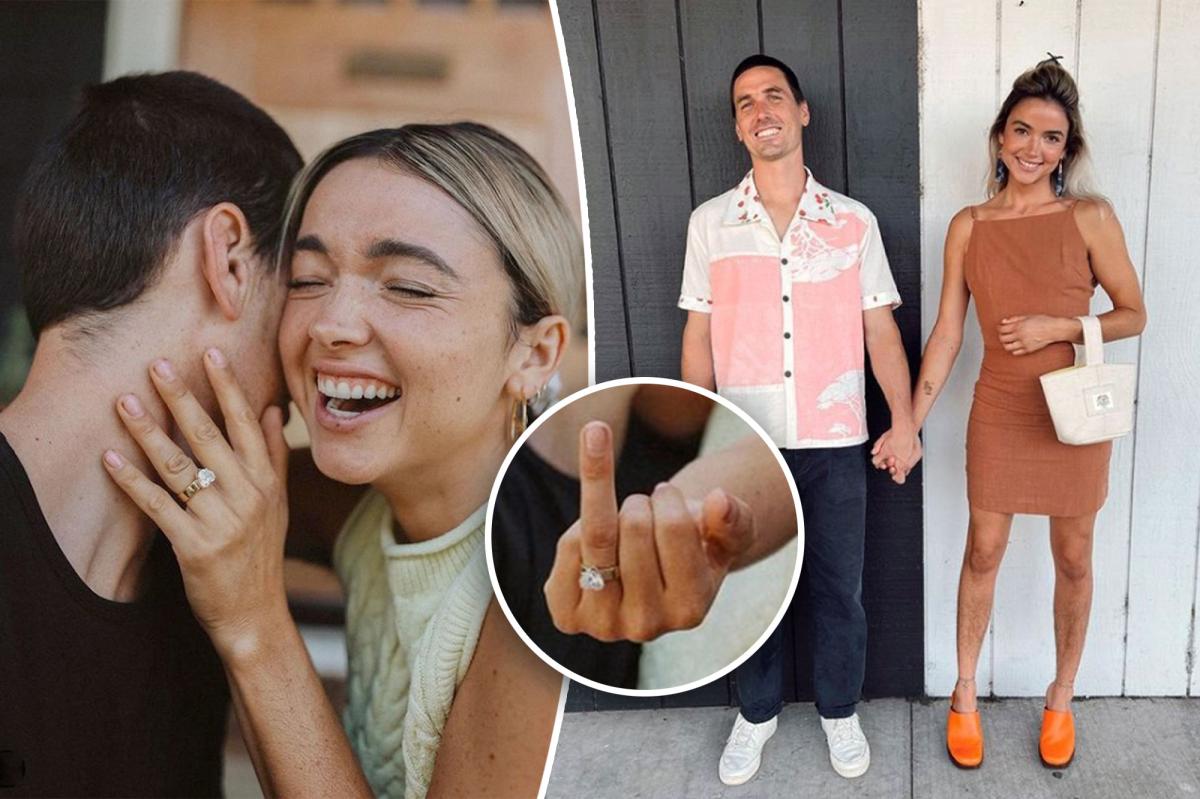 The reality star — who appeared in Arie Luyendyk Jr.’s 2018 season of “The Bachelor” — is engaged to Grayston Leonard.

“YES 🥂♥️,” Martinez, 27, wrote on Instagram on Saturday, alongside a series of photos showing the couple cuddling while flashing her ring.

She and the 33-year-old founder of Long Beach Rising have been dating since 2018 and share two young children together: Ruth and Franklin.

As many fans of the couple may recall, Martinez rejected Leonard’s original proposal three years ago.

“I was wondering how my boyfriend is going to propose to her,” she wrote on a recent TikTok video, adding: “I remember he proposed to me three years ago and I said no, but still took pictures.”

When a follower asked for more information about why she said “no” to her longtime love, Martinez explained: “My boyfriend and I got pregnant just three months in 2018, so we barely knew each other. The whole pregnancy was really hard and real. no fun. We were both really mad at each other for a number of reasons.”

She went on to explain: “Our daughter, Ruth, was born on February 2, 2019. And immediately when she was born, so much of our stress, anxiety and resentment that had taken place during pregnancy faded away. And I felt this way. [was] the first time we really got the chance to fall in love.”

While she thought the proposal was “sweet,” Martinez said it wasn’t the right time.

“I thought, ‘This is so sweet, but now just isn’t the time. I’m still super hormonal. I’m in the middle of the postpartum period.’ And also, our relationship still wasn’t in the best place. We had a lot to figure out, a lot we had to talk through,” she said.

The co-host of the “Chatty Broads” podcast found out she was pregnant with the couple’s first child less than a year after they started dating.

Martinez previously said she wanted a “huge wedding” but was waiting for the COVID-19 pandemic.

“We want to take some time for ourselves,” she told Us Weekly in December 2020.

“The past three years it has been so much about children. We’re like, ‘Okay, maybe we can make something about ourselves,’ but we want to wait for COVID to be over. We want to have a mass wedding and can’t really do that right now,” she explained.