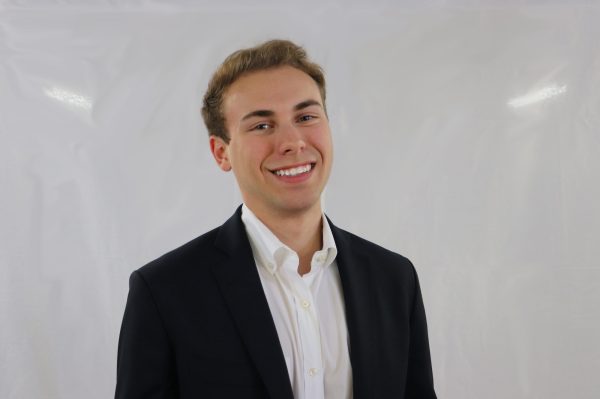 Felix WIlliams is the founder and director of Lagomaj Capital. Since starting the St. Louis, Missouri-based venture capital firm shortly after completing high school, the 23-year-old Williams has supported dozens of companies — with a special interest in agtech and biotech and including some very large tech companies he doesn’t. to be called free. Although he is younger than the average investor, Williams believes his youth gives him the opportunity to offer a fresh perspective on technology and problems startups are trying to solve.

Vidak For Congress sat down with Williams to learn more about how he got into venture capital and his plans for the future.

When did you first become interested in venture capital? How did you break into it?

Growing up, I had no idea what venture capital was. The concept made sense; who wouldn’t want to invest in “Google” in the early days, but the idea of ​​an industry doing just that was alien to me until about 16 years. At the time, there was a fund in St. Louis, iSelect Fund, which was growing rapidly and needed some help with the Excel/database work. I have to say that doing that grunt work was the best thing that happened to me in my professional life. Within a few weeks, I was engulfed in the world of ventures and startups. Reading about activity in the ecosystem became my dopamine hit and I was hooked. I felt like the happiest teenager in the world because I had the chance to see some of the best and brightest people I’ve ever seen trying to solve the problems we face, the problems we face every day. see on the news. The idea of ​​work I felt in my previous job at a national tutoring chain fell away and gave way to a sense of purpose.

When did you start your business? What challenges did you encounter? Did you find it difficult to be taken seriously because of your age? How old were you exactly?

Lagomaj was born a week or two before my 19th birthday. At that time, our way forward was not always clear. For example, I was mistaken for an intern in multiple meetings and generally not taken too seriously at networking or industry events. It wasn’t uncommon for founders to call or check their messages mid-pitch when it was my turn to ask questions. I soon learned that the best way to work was to build a rapport with someone via email or phone before a face-to-face meeting. Referrals and testimonials have come a long way in establishing credibility with people outside of my growing network, but that network kept me going. I was inspired by the people in my life. There is something very special about working with individuals who devote their lives to working on big problems. Passion drives the best innovators we’ve ever known, and there were times when founders and I could share a common passion, and those deals turned out to be some of my favorite deals I was involved in. Now that we have built up a solid reputation, my age has become less of an obstacle and more of an advantage, as some of my views often differ from those of the typical GP.

What is your company’s investment thesis? How much did you raise? What are some of your portfolio companies?

While we won’t disclose how much we’ve staked or how much has been committed to the fund, I can say that we’ve closed over 45 deals with checks ranging from a few hundred thousand to $5 million, most of the time somewhere in the middle. lands. In 2021 we invested more than in 2017-2020 combined. We currently have a presence in St. Louis, Austin, and Southern California, spending time nationally searching for primarily B2B deals involving early stage companies. Our fund is particularly interested in tailoring incentives to the entrepreneurs we work with through a multi-decade investment horizon, multi-round participation and our willingness to close deals outside of a normal pricing round. For example, we completed a state-of-the-art research and development facility with one of our portfolio companies that aims to change the way we produce and think about food. That deal is very different from what most venture capital funds will take on, but we believed it was critical to advancing a better food system, and we’ve pursued it. Unlike some other funds, we do not consider ourselves an Impact or ESG fund. Our mission is to find passionate people who do extraordinary things for the world we live in, and when you do, you make ESG gains. I am proud to say that most of the companies in the portfolio are working towards at least one UN Sustainable Development Goal.

An early win we had was with Agrible and its sale to Nutrien. (That $63 million sale occurred in 2018.) Other companies in our portfolio include Benson Hill, Gosite, and GigaIO.

Why did you open an office in Austin?

We think Austin complements our presence in St. Louis well. Both cities have a growing technology scene that is not yet saturated with VC firms, and each has different focuses at the core of their startup ecosystems. In St. Louis, we see an exceptionally robust hard sciences market, especially life sciences, while in Austin the focus and growth we’ve seen has been more software-centric. Austin also has many macro trends, such as desirability for young professionals, a culture that facilitates growth, and a significantly strong talent pool. The city has been incredibly welcoming and we are grateful to be a part of her story.

What are your long-term goals/plans?

In the coming years, our top priority will be to build an engine that can invest at scale using data and software to improve the human decision-making process. Although we’ve been in business for a few years now, I’m not shy about telling people that we’re still in the development phase. Our processes and thesis will continue to evolve as we bring in new team members with much more experience than me. We build capabilities on both the enterprise and support side for post-investment business guidance. Over the next two years, like many of our portfolio companies, we plan to forgo profitability and invest heavily in the infrastructure that will position us well for decades to come. Every day we refine our offering to investors and portfolio companies. Every day we will continue that process to ensure that when we go out for our next big fundraising round, we will be ready to do it right. We believe that business as it is today will not last forever, and we want to be well positioned for when that paradigm shift begins to manifest.

While 2022 has certainly been interesting as allocators re-evaluate their portfolios, our conviction in technology and trends in particular has never been greater. We are delighted that we continue to invest in companies and partnerships where innovation and market acceptance come together.