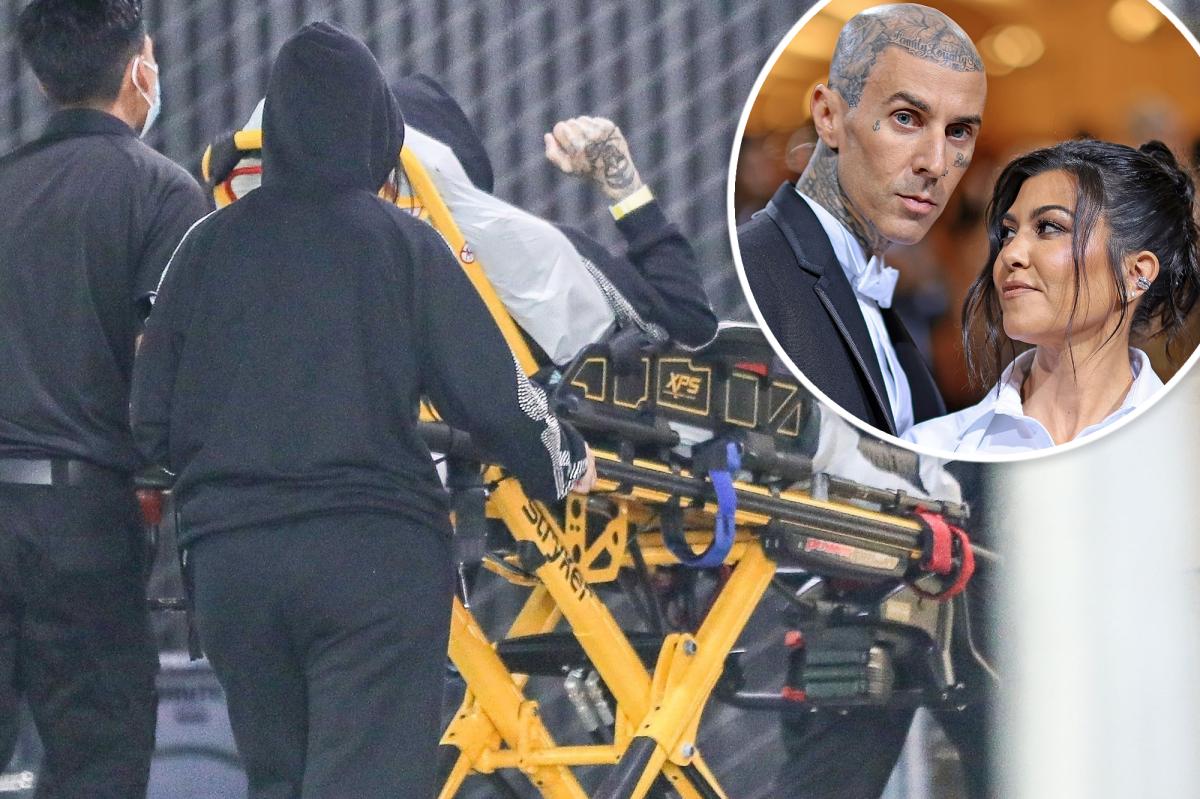 Travis Barker was rushed to hospital on Tuesday afternoon with wife Kourtney Kardashian by his side.

The 46-year-old Blink-182 drummer was photographed lying on a stretcher outside Cedars-Sinai Medical Center as the reality star, 43, followed on foot.

The musician was wheeled out of the ambulance while raising his right hand, revealing his unmistakable skull tattoo. Kardashian, for her part, was only seen from the back. She was in an all-black ensemble and had her hoodie over her head.

Her security team followed closely in a black Range Rover and followed the ambulance as they arrived at the hospital. Both vehicles apparently entered through the wrong area and were diverted to another entrance by hospital staff.

The pair first arrived at West Hills Hospital and Medical Center on Tuesday morning for some sort of health problem that Barker had, according to TMZ.

The outlet reports that West Hills medical staff felt the musician needed extra care, so he was rushed to Cedars-Sinai.

At 10:45 am local time – apparently in the midst of his medical emergency – the rocker tweeted“God save me.”

Representatives for Barker and Kardashian did not immediately respond to Vidak For Congress’s request for comment.