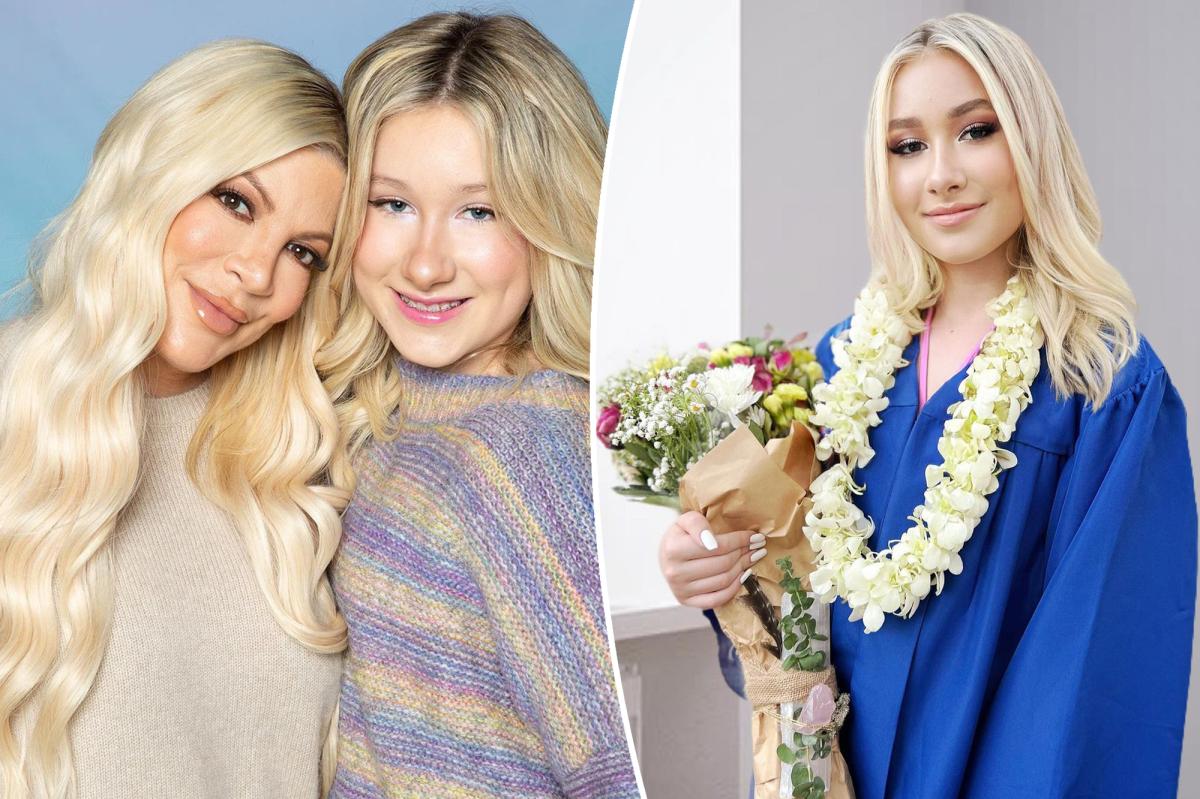 Tori Spelling congratulated her daughter Stella on graduating from high school in a heartfelt Instagram post describing the many obstacles the 14-year-old has faced.

“So proud of how hard she fought to graduate between bullying, COVID, adversity, migraines, severe anxiety and unfortunately teachers and counselors who didn’t believe she could do it all in time to graduate,” she continued, adding adding that Stella ” proved them all wrong!”

Spelling wrote that she was “so proud” to “look up to that podium” at the graduation ceremony “and see my little buggy running around.”

“You have such a drive and such a kind spirit!” she told the teenager. “You can do absolutely anything you want! I love you @stella_mcdermott08 with all my heart and soul bff.”

The actress shares Stella with her husband, Dean McDermott, as well as sons Liam, 15, Finn, 9, and Beau, 5, and daughter Hattie, 10.

The couple has had a very troubled marriage in recent years, sparking speculation that they are headed for divorce.

McDermott, 55, added some fuel to the rumors last month when he got drinks with his ex-wife, Mary Jo Eustace, with whom he shares son Jack, 23. The two then attended Jack’s graduation from San Francisco State University together.

Spelling doesn’t shy away from posting her kids on Instagram, although McDermott is rarely included these days.

The former “Chopped Canada” host was conspicuously absent from the family’s Christmas card in December, nor was he anywhere in the trailer for Spelling’s show “@Home with Tori” in April.

Although the ‘Sharknado’ star was photographed last October with notes about ‘assets’, ‘support’ and ‘preservation’, she and McDermott have repeatedly dodged questions about a possible split.