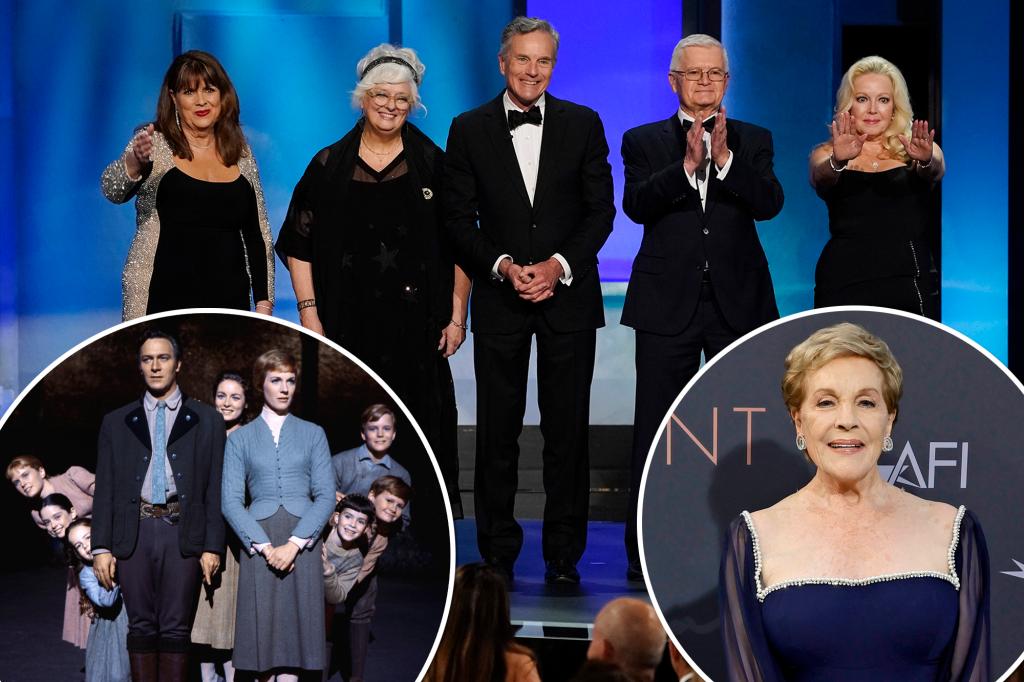 The von Trapp children are back together after almost 60 years apart.

The child stars who played the characters in the 1965 musical “Sound of Music” reunited Thursday to honor friend and star Julie Andrews at the 48th AFI Life Achievement Award Gala Tribute.

Andrews, 86, appeared at the Los Angeles event to receive her lifetime award.

Nicholas Hammond, who played Friedrich in the musical, as well as Duane Chase (Kurt), Angela Cartwright (Brigitta), Debbie Turner (Marta), and Kym Karath (Gretl) all walked the red carpet together at the Dolby Theater to see Andrews (who Maria von Trapp portrayed).

The group even sang a sing-along to “Do Re Mi” and took photos with the “Princess Diaries” alum.

The other stars of the film Charmian Carr and Heather Menzies-Urich, who played Liesl and Louisa von Trapp in the film, died in 2016 and 2017.

Christopher Plummer – the legendary Captain von Trapp – passed away in February 2021 at the age of 91.

Many of the iconic British actress’s longtime friends and co-stars, such as ‘Princess Diaries’ star Hector Elizondo, were also on display throughout the evening. Princess Mia Thermopolis herself, Anne Hathaway, sent a beautifully recorded message to pay tribute to Andrews.

Andrews was presented with the prestigious award by comedian Carol Burnett.

“Tonight is a very clear reminder of how many people are involved in the making of movies,” Andrews said in her acceptance speech.

“What an enormous concerted effort it takes to get film on the screen. My husband Blake [Edwards] never liked it when people called filmmaking the business or an industry. He insisted that film was an art form and should always be called that. And I know that’s exactly how the AFI feels too,” Andrews added.

Cynthia Erivo paid a musical tribute to the actress “Victor/Victoria” and sang the song “Edelweiss” from the “Sound of Music”. Broadway alums such as Ariana DeBose, Hugh Jackman, Kristin Chenoweth and Lin-Manuel Miranda also sent recorded messages to honor Andrews.