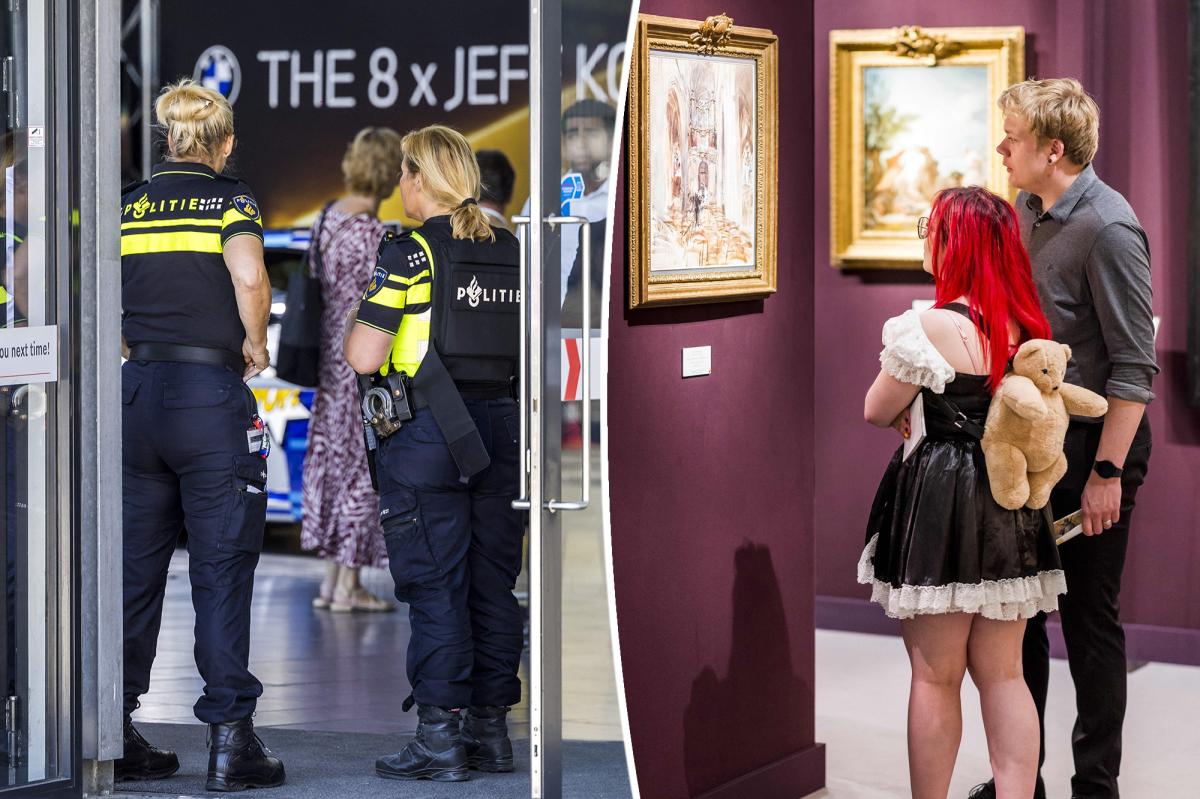 A group of stylishly dressed robbers staged a “terrifying” robbery on Tuesday at one of Europe’s top art fairs, which art insiders said Vidak For Congress “had panicked people”.

The attack took place at the Netherlands-based megafair TEFAF – which New Yorkers know from the annual repeat at the Park Avenue Armory in May, which recently sold works by the likes of Calder and Warhol.

The TEFAF Maastricht fair is known for its paintings by old masters, but it seemed that the crooks were after beautiful jewelry that could also be seen.

Video showed the thieves using giant sledgehammers to smash thick glass cases into a London jeweler’s booth as an alarm went off.

Police reportedly said the bad guys got away with jewelry, without disclosing the amount. Like a scene from a movie, the hip thieves were stylishly dressed in blazers, caps, slim khakis and cool sneakers. They had no masks.

Video of the scene showed a Good Samaritan from the art world trying to stop the crooks by picking up a large vase of flowers and waving at the bad guys — but then thought better of it and put the arrangement back on its pedestal when a thief appeared to be brandishing a gun.

A source told Vidak For Congress of the crime scene: “A robber smashed suitcases with a sledgehammer while accomplices kept visitors away.” And: “The crooks used a huge hammer hidden somewhere at the fair to break open boxes of jewels. terrifying! People panicked and ran and ducked for cover as the breaking glass sounded like gunshots.”

The fair had its first in-person event since 2020. There were booths from Van Cleef & Arpels, White Cube, Wildenstein & Co. and Axel Vervoordt – known for designing Kim Kardashian and Kanye West’s LA home.

According to reports, the robbers ran away through a restaurant and two Belgian suspects were arrested nearby.

It is not the first time the stock market has been targeted: there were also robberies in 2008 and 2010.