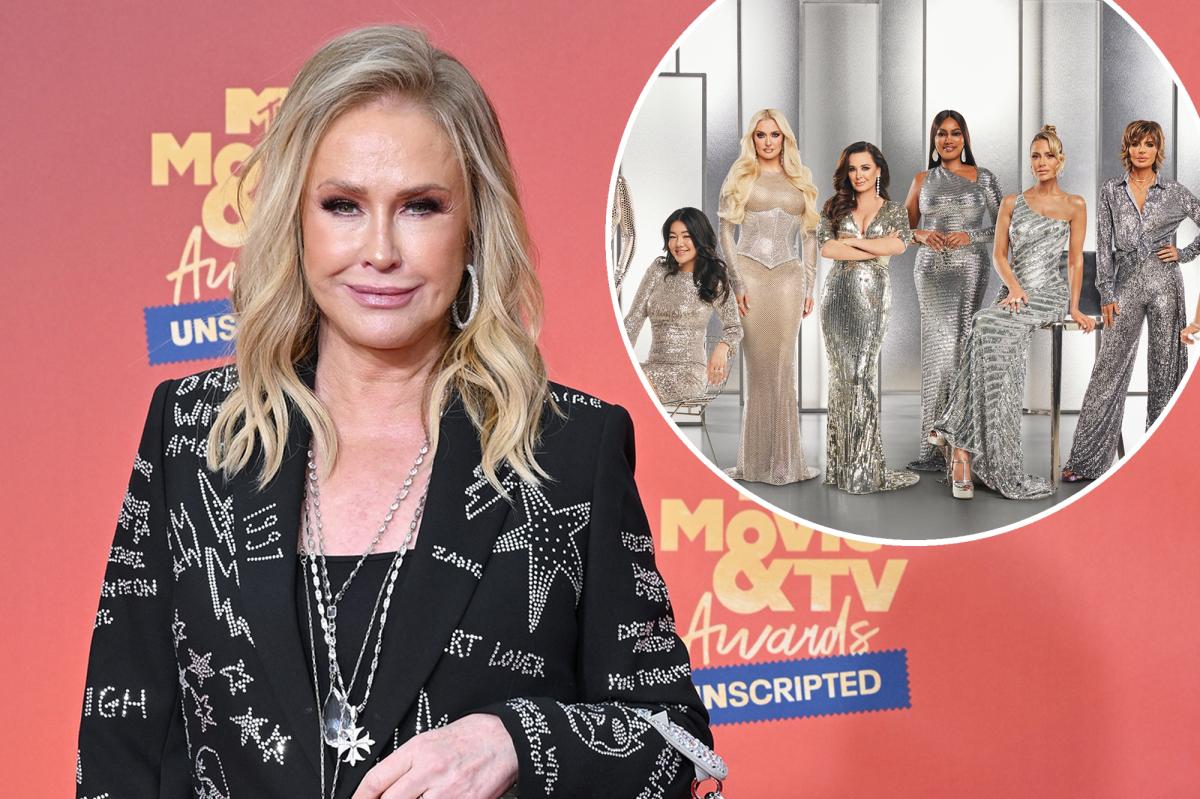 Kathy Hilton claims the cryptic quote she posted in May about a “narcissist” was “not about” one of her “Real Housewives of Beverly Hills” colleagues.

“It really wasn’t about anyone on the show,” the “friend of,” 63, told Entertainment Tonight at the 2022 MTV Movie & TV Awards: Unscripted.

“No, because if you read [it], it’s someone you’re really close to… I mean, go read it for yourself. I have a few people I know who aren’t actually on TV.”

Hilton added that her real followers know they are “following”[s] many of these [accounts],” and she “always comes”[s] work with that stuff.”

As previously reported, Hilton shared a quote on her Instagram Stories last month that overshadowed one or two “narcissists” in her life.

“However, a narcissist will only be there for you because they need it,” reads the image from Instagram account @understandingthenarc. “To feed you with the drama. To promote their fake persona of ‘being that great person who is always there for others’, without going ahead. To build up your obligation to them.”

Hilton not only shared it in her Stories, but also commented on the post: “So true!!!!!”

That same day, the “Paris In Love” star also posted two different tea memes, then deleted them, leaving fans thinking she was about to spread important information.

“I just thought that” [meme] was so cute because I’m a huge tea lover and we always hear about tea, so,” she explained to ET.

Hilton has yet to appear on the current season of “RHOBH,” but the trailer teased that she’s having a rough season with half-sister Kyle Richards.

“I feel like you hate me or something. How could you say those things?” Richards, 53, asked her sister through tears in an emotional conversation.

In May, Richards also told Vidak For Congress that her relationship with Hilton is “complicated and complex.”

“It’s so complicated and complex. All I can say is that we’re family and we’re going to live these moments,” she told us at the 2022 NBCUniversal Upfront in New York City.

“I feel like my sisters and I, we’re arguing, we’re making up, we’re blood. I don’t know if everyone is like that. The fact that we are on television makes things more complicated.”

“The Real Housewives of Beverly Hills” airs Wednesday at 8 p.m. ET on Bravo.