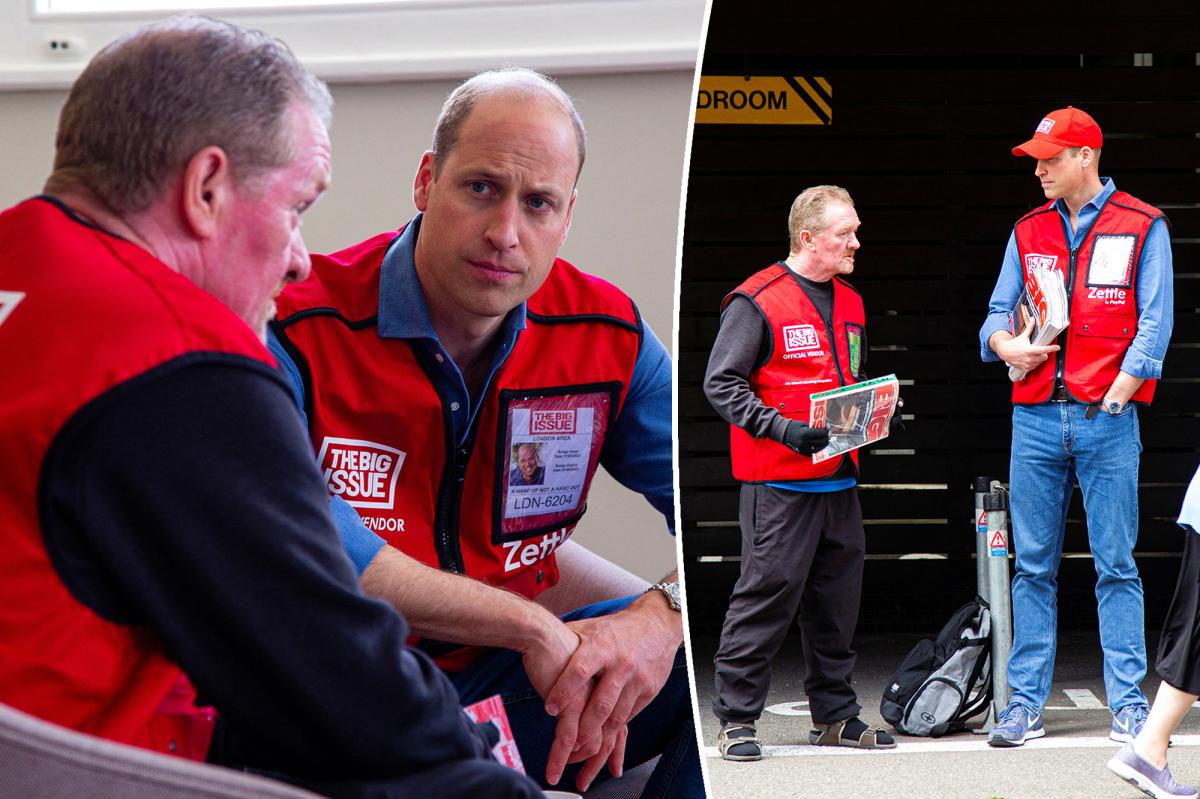 Just weeks after he was seen helping homeless people on the streets of London, Prince William reveals why he went incognito.

The Duke of Cambridge has been discreetly selling copies of the British magazine ‘The Big Issue’, known for its support of the homeless and those struggling financially.

The father of three, 40, was spotted wearing a red vest and matching hat while selling magazines to confused passersby on the street.

William called the experience “eye-opening” and pledged to continue playing his part in helping those who need it most.

In light of the Duke’s 40th birthday, the royal has written exclusively for the magazine about his day out on the streets of London.

“I wanted to experience the other side and see what it’s like to be a Big Issue seller. My time was really an eye opener,” he wrote.

William’s time selling issues of the magazines to confused passers-by led him to spend an hour with Big Issues salesman Dave Martin.

The Duke sat down with Martin, who interviewed him for the latest issue. The two are also the cover stars of the magazine’s special edition.

Martin told the Duke of Cambridge about his job selling the magazine, saying: “It got me off the streets. Gave me respect. I was begging at the time. Another salesman said I could do something much better and took me to the Big Issue office.”

William further recalled how the late Princess Diana famously took him to a homeless shelter when he was 11, clearly contributing to the values ​​the royal family has carried ever since.

“People who are homeless cannot rebuild their lives without some things. And one of those things is respect and self-esteem,” he wrote.

“I’ve always believed in using my platform to tell those stories and bring attention and action to those who are struggling. I plan to do that now that I turn 40, even more than in the past.”

William said he is determined to “continue to do what I can to bring attention to this solvable problem”.