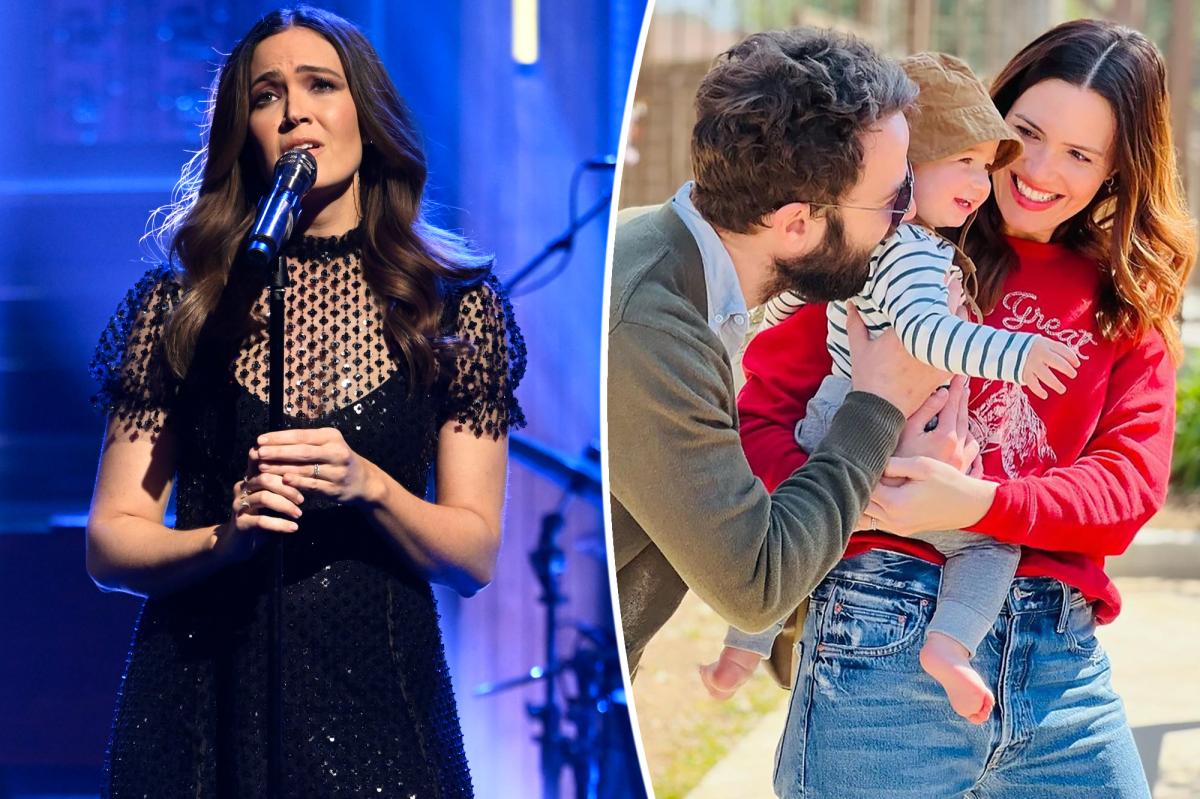 Mandy Moore has canceled her “In Real Life” tour due to her pregnancy.

The singer shared a post on Instagram on Tuesday explaining to her fans that she felt it was best to cancel her remaining 2022 concert dates as she and her husband, Taylor Goldsmith, prepare for the arrival of their second son.

“It has been an honor and an absolute dream to be back on stage and performing for all of you in the past month,” she began, “with a heavy heart.”

Moore went on to say that she initially thought she could handle the tour while expecting it, but she eventually realized she underestimated the effect it would have on her.

“When we booked these shows I wasn’t pregnant and although I really thought I would get through it, the way we travel (long hours on the bus and not enough rest) has caught up, taken its toll and made it feel like too challenging to continue,” she wrote. “I know I have to put my family and my health (and my baby’s health) first and the best place for me to be right now is at home.”

The ‘This Is Us’ star assured cardholders that they will be ‘refunded at the place of purchase’.

“In Real Life” was the first tour for the “Candy” singer in over a decade as she has spent the past few years focusing on her acting career and starting a family.

The actress announced earlier this month that she was pregnant again, captioning an Instagram post: “Baby Boy Goldsmith #2 is coming this fall! Gus is going to be the BEST big brother!!”

She then shared a photo of her baby bump on Instagram, revealing that she was “really sick” during her first trimester.

Just before announcing the tour’s cancellation, Moore revealed that Goldsmith, the lead singer of folk band Dawes, tested positive for COVID-19 before their show in Nashville on Sunday, forcing him to perform while quarantined in his dressing room. .

“I assume [the audience] probably thought it was pretty wild to look up onstage and think, ‘I don’t hear anyone playing solo with all those high notes,’ he told Variety.

“But right after the first song, Mandy welcomed everyone and said, ‘By the way, if you were wondering where that solo came from…’ and put it all on the table. I could say ‘hi’ from behind and everyone laughed.”