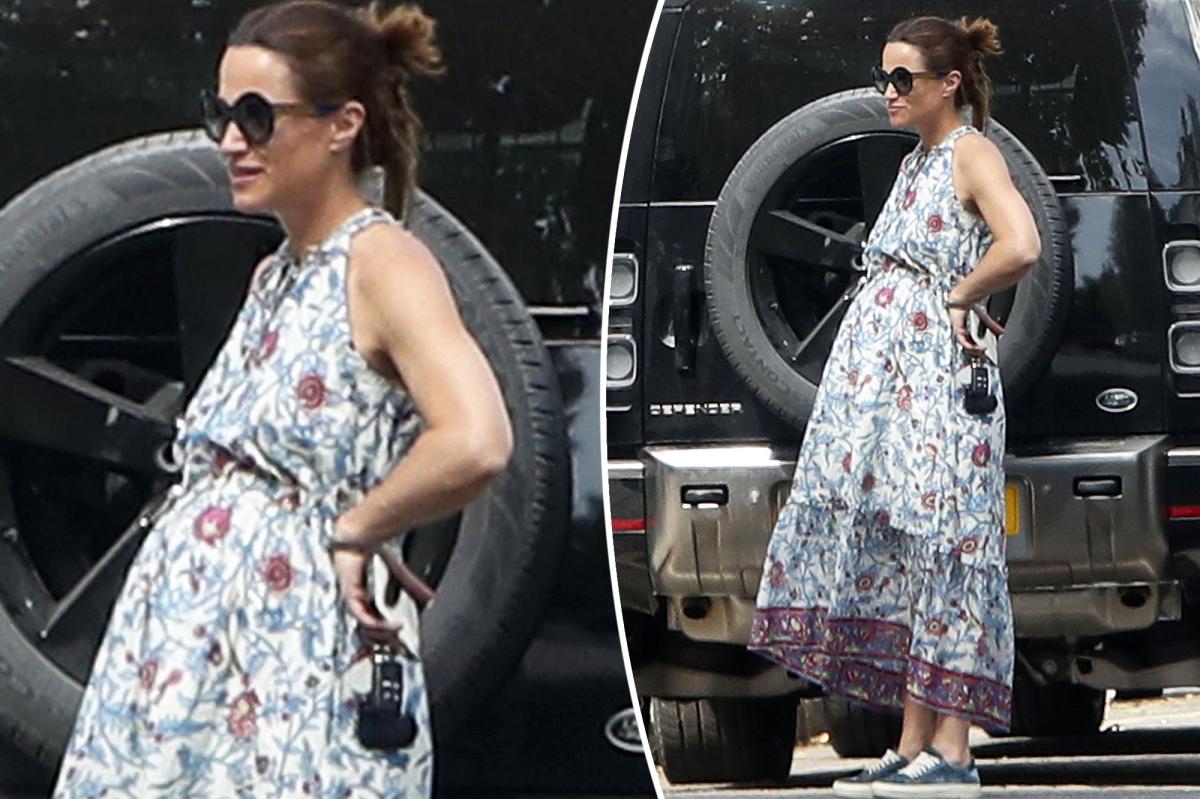 Pippa Middleton showed off her growing baby bump on Thursday while out and about in London.

The sister of Kate Middleton, 38, who is already mother to son Arthur, 3, and daughter Grace, 1, debuted her budding belly at the “Party at the Palace” concert on June 4.

The star-to-be donned a green dress to the Platinum Jubilee event, with a source telling Vidak For Congress at the time that Pippa is a “natural mama” and “so excited” to expand her family.

The socialite married James Matthews in May 2017. Arthur and Grace arrived in 2018 and 2021 respectively.

While Pippa and the former professional racing driver, 46, keep their little ones’ lives largely private, the author of “Celebrate” has spoken out over the years about staying fit while raising kids.

“Family life and motherhood have taken up a lot of my free time and it is not surprising that the challenges I thrived on have faded into the background,” she explained to Hoka One in an interview in March 2021.

“Running and fitness are still part of my weekly routine, but not at the level it was before,” continued Pippa.

“I suppose I’ve been running after babies and toddlers more than crossing the finish lines, which I’m fine with — for now.”

The columnist added that she deliberately wanted to stay “fit and strong” during pregnancy for a “mental and emotional reboot,” noting that she now includes her kids in her workout routine.

“Being active with my 2.5 year old son in the park or the playground, carrying him on the back of my bike and running with a buggy when he was a baby are ways I can exercise outside while lend a hand. -to Mama,’ she said then.