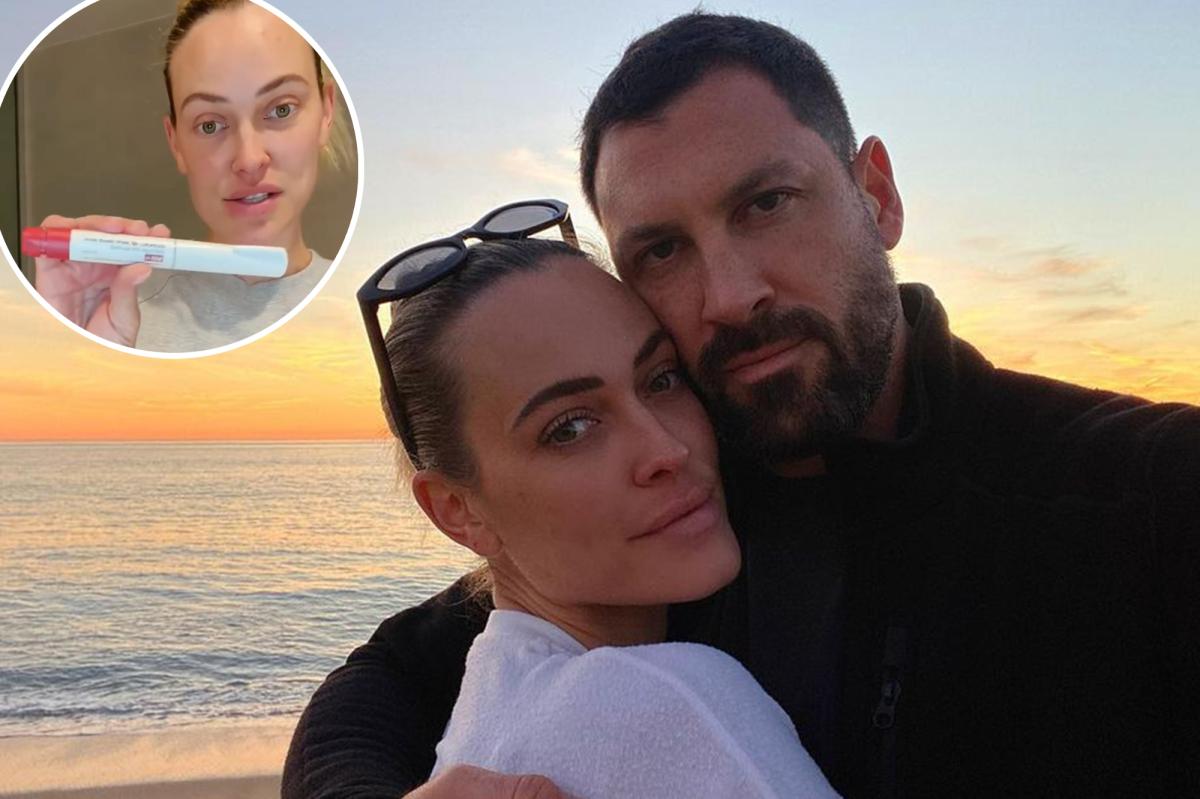 Peta Murgatroyd gives fans a personal look at her journey to in vitro fertilization.

The “Dancing With the Stars” pro, 35, gave herself IVF injections for the first time on Wednesday in an Instagram video, telling her followers she wanted to be “transparent” amid her and Maksim Chmerkovskiy’s struggle for a brother. or sister to their 5-year-old son, Shai.

Murgatroyd, who has had three miscarriages in the past two years, wrote that her goal is to “normalize conversations around miscarriage and IVF and create an environment that is more comfortable for all women.”

In the social media upload, the dancer showed the “longer and thicker” needle she used for the injection, as well as a glimpse of the “funny” instructions to follow.

Murgatroyd then “poked” her stomach with a small cry before dancing in her bathroom and gushing, “I’m fine. It’s done.”

The choreographer closed the video by commenting that she is aware that she “may gain a little weight” during her IVF journey.

“What are you going to do?” she asked. “If you want a baby, I’ll do it. Actually, my husband likes a little extra cushion for pushing, so that’s fine.”

The candid footage came a day after Murgatroyd revealed to People that she was quietly experiencing multiple pregnancy losses, one in the fall of 2020 and two the following year.

Though the ABC personality felt “utter shame” at first, she told the magazine she was more “excited” for the future after discovering she may have polycystic ovarian syndrome.

“I’m in a much happier place,” she said in the interview. “I have answers. I have no words other than hope and positivity.

“I’m rooting for you that this will work,” she continued.

Murgatroyd reiterated her hopeful stance on Wednesday, saying: “I know there are no promises, I know this is a risk, a gamble, we don’t know what’s going to happen but I think this is the most excited I’ve been … in a very long time.”