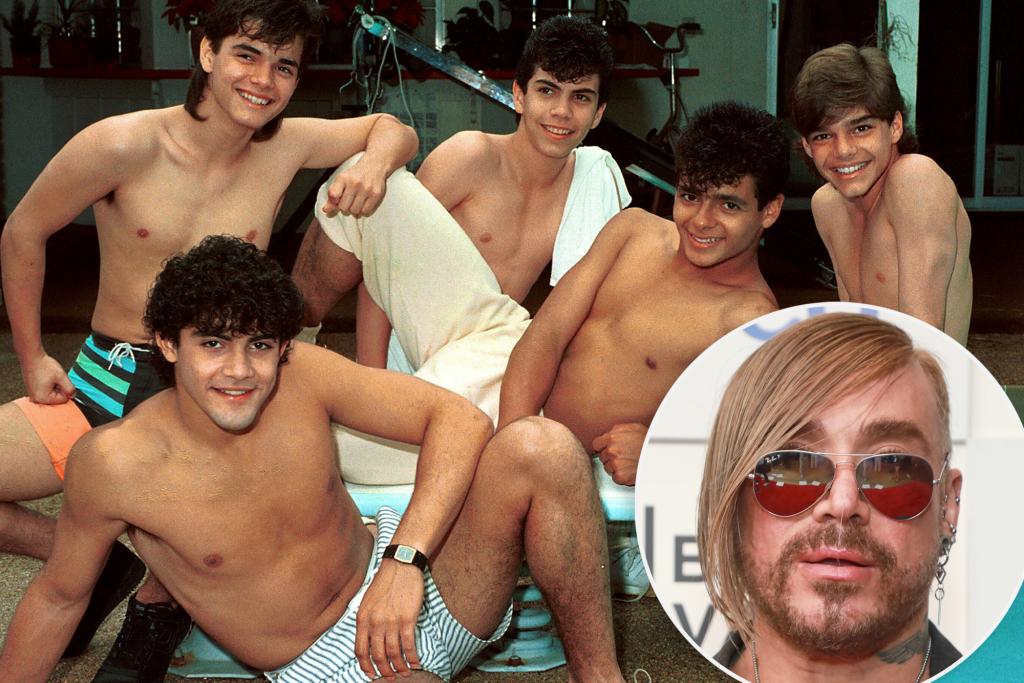 Before Ricky Martin was “Livin’ La Vida Loca”, members of his former boy band Menudo – one of the greatest Latin groups of all time – lived in a nightmare.

In a new documentary, Angelo Garcia — who joined Menudo after he just turned 11 — says he was raped during his stint with the quintet between 1988 and 1990. He describes the assault — which he says took place in his hotel room after he was given alcohol by an unknown man — in “Menudo: Forever Young,” a four-part docuseries premiering Thursday on HBO Max.

“All I remember was that I passed out. When I woke up I was naked and bleeding, so I knew I had been penetrated,” Garcia said in the documentary. “I had these burn marks on my face from the carpet… I was very confused and understood. it doesn’t.”

That wasn’t the only time Garcia said he was harassed during his tenure with the group. “During my time in Menudo, I was raped a number of times, and that was the way predators took advantage of me,” he said in the documentary.

Other members of Menudo — which included 32 different boys during its initial, 20-year run — also claimed to have endured sexual abuse, bullying, drug scandals and oppressive working conditions in “Forever Young.” Such negligence and exploitation, they said, occurred while working for the boy band’s brains, Edgardo Díaz, who are described as “their manager, producer and father-surrogate”. (Díaz, who did not respond to requests for an interview or comment on the allegations in the documentary, has always denied any abuse and misconduct in his management of the group.)

“Forever Young” tells how Menudo, the brainchild of Díaz, was born in Puerto Rico in 1977. Díaz adopted a “Fountain of Youth strategy” for the group, where members would be replaced once they turned 16. The boys’ parents – many of them poor – would transfer much of their parental authority to the manager.

After first exploding in Venezuela and then causing “Spanish Beatlemania” in the US, Menudo found its most famous member, Martin, in 1984. “Ricky was like the golden boy from the start,” Acevedo says.

But Martin – who is not interviewed in the documentary – did not make other members’ lives so easy, according to Sergio Blass, who was in Menudo from 1986 to 1990.

“It was brutal to be with Ricky because he had more seniority than me,” said Blass. “So if someone knocked on the door, I had to open it. When the phone rang, I had to pick it up. I was like his housewife.” (Representatives for Martin did not respond to The Post’s request for comment.)

Indeed, there was a lot of bullying in Menudo—Acevedo even remembered being held on a balcony by another member—and hazing of new boys. Without proper supervision and even security, the boys were also exposed to drugs, including marijuana and cocaine.

“We were in Colombia once,” Blass recalled in the documentary. “I am with [fellow Menudo member] Ruben [Gómez], and we go to the hotel. We enter our room. Suddenly a random guy comes in… And he takes out what must have been about a kilo of cocaine… So we panicked, because we didn’t know this person… But the guy was actually one of the producers and promoters.”

Blass and Gómez were kicked out of Menudo after they were caught in 1990 for marijuana possession. But new members kept coming through the revolving door.

Other members have previously accused Díaz of sexual abuse, including Roy Rosselló in a television appearance featured in the documentary. The documentary also claims that Díaz was surrounded by unsavory men who would prey on the boys.

But Menudo’s heartthrobs were also stormed by an endless parade of young groupies.

“They had to be escorted out of my room because there was another one waiting and the first one wouldn’t leave,” Blass said. “As a teenager I thought, ‘Wow, this is so cool.’ †