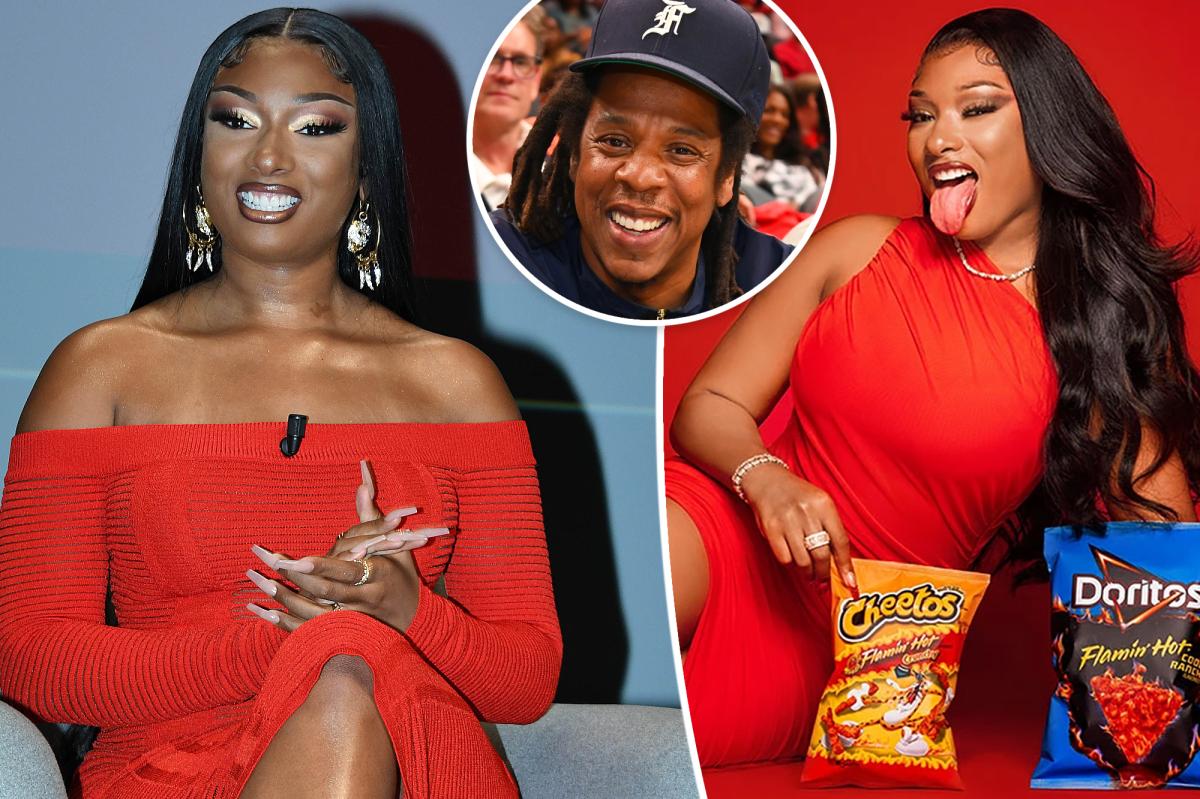 The ‘Savage’ rapper joked during her ‘If You’re Not First, You’re Last’ panel at the Cannes Lions on Thursday that she signed with the famed label because Hova presented her with a platter of spicy snacks.

“I thought I would meet the leader and the Roc Nation staff would just show me around,” she recalls. “And then Jay-Z comes into the room, and I’m like, ‘I didn’t know Jay-Z was coming to my meeting!'”

The rapper continued: “But he comes into the room and he has about six dishes of Hot Cheetos and he says, ‘I heard you like Hot Cheetos!’ And I was sold.”

Megan, 27, appeared in Frito-Lay’s Super Bowl ad for the product — her first commercial — earlier this year, saying it felt “authentic” because of her obsession with the snack.

“If I go to a photo shoot or a video shoot, I have to have Hot Cheetos,” she explained of her rider. “I always have to really love it because I have to be authentic. I have to be Megan because if I can’t be Megan then who am I?”

When the panel ended, fans of Megan – known as Hotties – stormed the stage hoping to snap selfies with the rapper, which she graciously agreed.