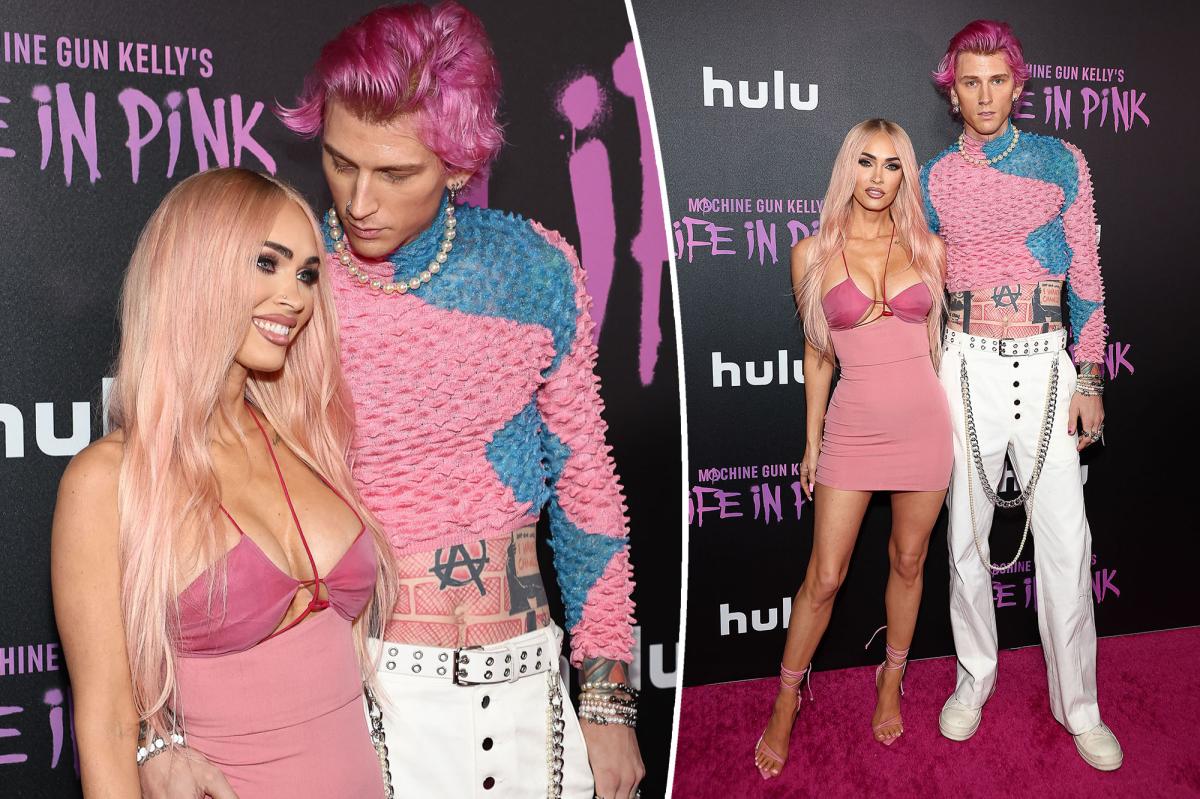 Megan Fox joined Machine Gun Kelly at the premiere of his new Hulu documentary, “Life in Pink,” in New York City on Monday — rocking a striking new ‘do.

In a nod to the Doctor (and her fiancé, who dyed his hair pink in February), the “Jennifer’s Body” actress swapped out her signature brunette locks for blush-colored waves.

Fox, 36, went for a petite Nensi Dojaka dress ($1,097) in a similar shade of pink, along with matching strappy sandals.

And as usual, the couple opted for matching manicures – in pink, of course.

Now streaming on Hulu, “Life in Pink” follows the final years in the life of hitmaker “Bloody Valentine” as he navigates stardom, social media critics, fatherhood and more.

The doc doesn’t shy away from dark moments either; in a much-talked-about scene, MGK recalls the time he “just snapped f-king” and attempted suicide on a 2020 phone call with Fox, shortly after his father’s death.

He said the harrowing moment made him realize “something isn’t right,” and both Fox and Kelly’s 12-year-old daughter, Casie, have helped him “really kick the drug” and make other necessary changes in his life. bring.

“Megan became like the sun to me – like the one I revolve around and gives me life and like helps me grow,” the rocker said of his lover, whom he proposed in January with a highly symbolic two-stone engagement ring.

If you or someone you know is affected by any of the issues discussed in this story, call the National Suicide Prevention Lifeline at 800-273-TALK (8255) or text Crisis Text Line at 741741.