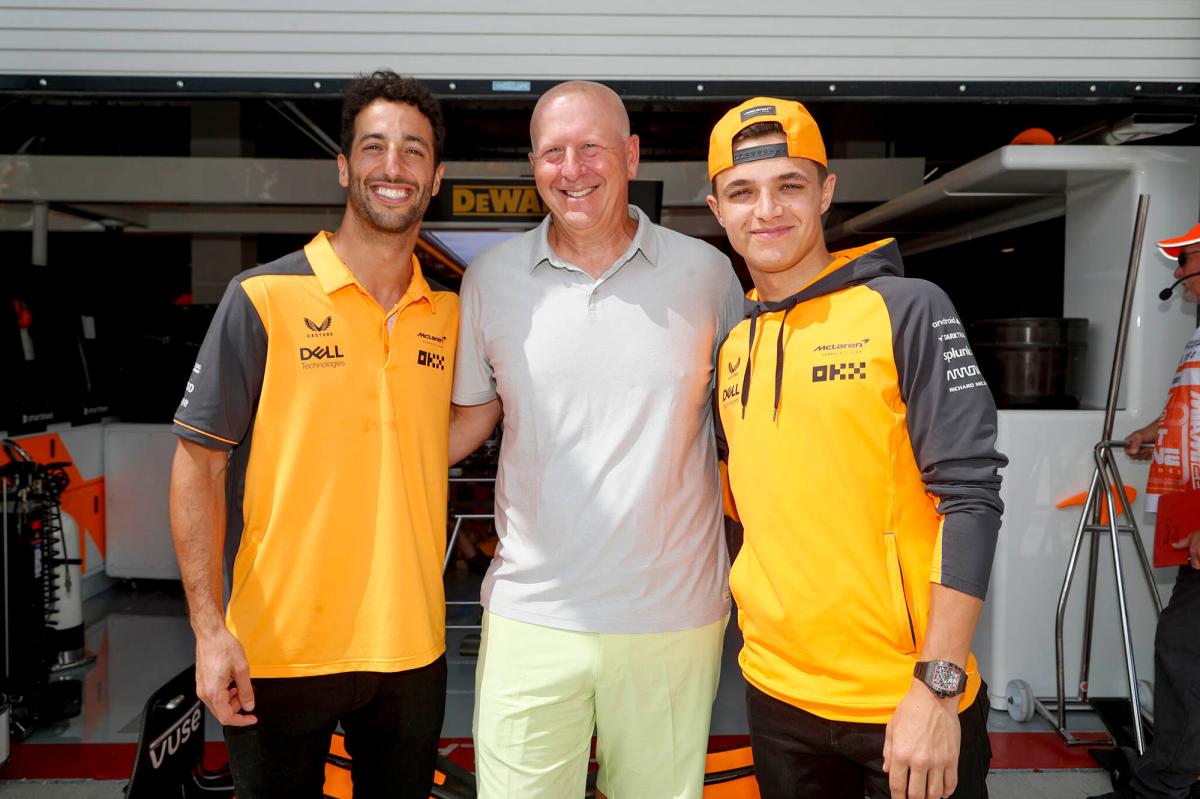 Formula 1 driver Lando Norris has given some bankers in New York City a run for their money.

The McLaren ace paid a visit to Goldman Sachs headquarters in Manhattan on Tuesday amid news of the bank’s new partnership with the racing company, showing off his skills in an F1 simulator.

A source told Vidak For Congress that Norris, 22, spoke about his career in motorsport before taking a spin in the sim with just one hand on the wheel.

“Lando said if he hadn’t become an F1 driver, he would have wanted to be a golfer,” the source told us.

“He also said his biggest fear is leaving his passport at home before a race.”

“Lando did two laps on the simulator in the office. He was actually two seconds faster doing a lap with one hand on the wheel,” the source said.

We’ve been told employees can try to beat Norris’s lap time on the sim, but it looks like the next F1 champion probably won’t come from the Goldman office.

A second insider noted that there was no mention of Norris’ teammate, favorite Australian driver Daniel Ricciardo during the chat.

“He said his favorite track is Japan and they had the most fun in Miami. They also talked about [Emma Gilmour] the female driver in one of McLaren’s electric car teams… Ricciardo was never mentioned,” we are told.

Norris’s visit to the US came amid news that the financial institution is partnering with the British racing team under a ‘multi-year’ deal.

The companies will use their “combined expertise” to “accelerate progress” towards McLaren’s sustainability goals, including reaching net zero by 2040.

It marks the bank’s first step into Formula 1 and remains one of Goldman’s only sports sponsorships. They also sponsor golf pro Patrick Cantlay.

Goldman will have branding on the McLaren car from the British Grand Prix on July 3.