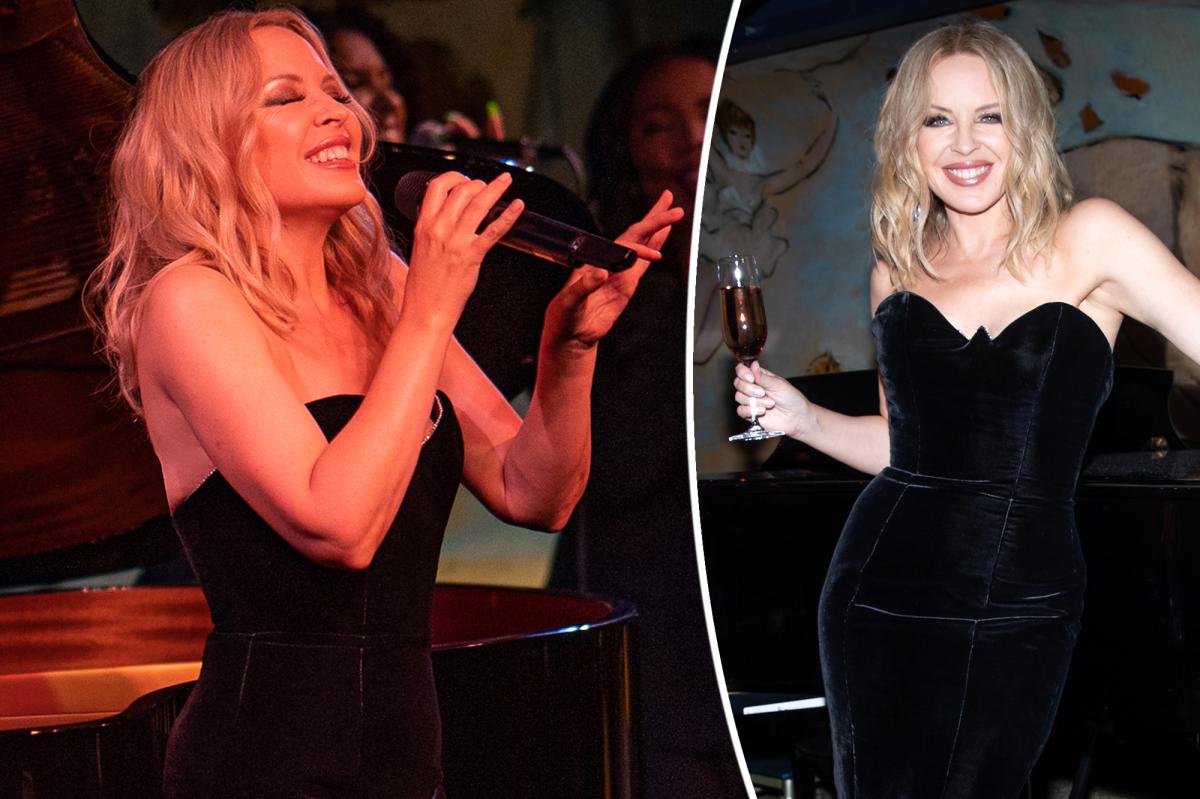 If she ever gets tired of being an international pop star, Kylie Minogue can always fall back on cabaret singing.

The Australian singer took the stage at the famed Café Carlyle on Monday in front of guests including fashion designers Christian Siriano and Wes Gordon, ’13 Reasons Why’ star Brandon Flynn and actress Lucy Liu.

We hear she released the hits ‘Spinning Around’, ‘Love at First Sight’ and ‘Say Something’ from her latest record ‘Disco’.

But one show-goer tells us that audiences really went nuts for her 2001 pop hit “Can’t Get You Out of My Head,” which everyone sang along to.

“She did an impromptu ‘No I can’t/Yes I can’ bit with her backing singers about getting someone out of her head,” the spy says.

Later, Minogue blended into the crowd, says the spy — who noted that a large percentage of those in attendance were part of her adoring gay fans — as everyone sipped a complimentary glass of the singer’s new Prosecco and Rosé.

On Tuesday, Minogue appeared in Andy Cohen’s “Watch What Happens Live,” discussing the time when she successfully blocked Kylie Jenner from trademarking their shared first name.

“It was just business, of course… I think I met a person older than me, Kylie, so it’s kind of unusual,” she said. “I’ve spent my whole life protecting my brand and building my brand, so it was just something that had to happen. We have come to an agreement.”