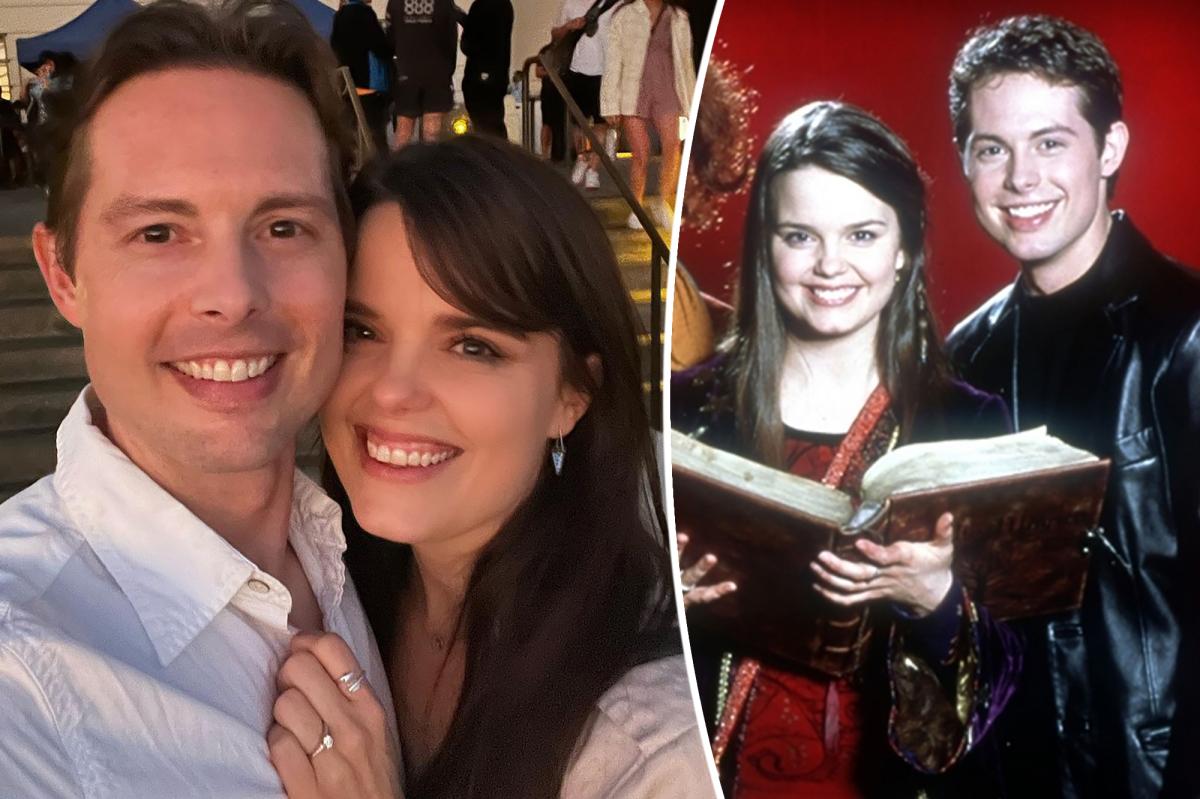 Resembling both Kimberly J. Brown and Daniel Kountz are enchanted because the co-stars of “Halloweentown II” are engaged!

“Did I introduce you to my betrothed?” [sic]† ☺️💍❤️ #isaidyes,” Brown, who played teenage witch Marnie Piper in three of the franchise’s four films, announced on Instagram on Thursday.

The actress, 37, shared a sweet selfie showing her cuddled up with Kountz, 43, as she showed off her new diamond ring.

Kountz, who now focuses most of his time on real estate, also posted about the news, captioning a slideshow of the couple: “She said yes‼️❤️ 💍 Gunna [sic] love you forever @officialkjb.”

Brown and Kountz, who played an undercover villain named Kal in the 2001 Disney Channel Original Movie, confirmed their relationship in July 2018 after a year of posting photos together.

“#internationalkissingday you say? I’ll leave it at that,” she captioned an adorable photo of the couple kissing.

But Brown told Vidak For Congress in October 2019 that crushing on Kountz “didn’t even cross over” [her] mind” when they met on set nearly two decades earlier.

“He was in a serious relationship,” she recalls. “We got along really well, had a lot of fun, and he was sweet and all, but it’s just, we’ve never been there.”

In 2016, the two got together to create a YouTube video about where Kountz’ Halloweentown II character would be today.

“Things slowly got romantic, which was completely unexpected for both of us because neither of us were watching,” Brown explained.

At the time, the couple was two years into their relationship — and Brown admitted marriage was a “delightful possibility.”