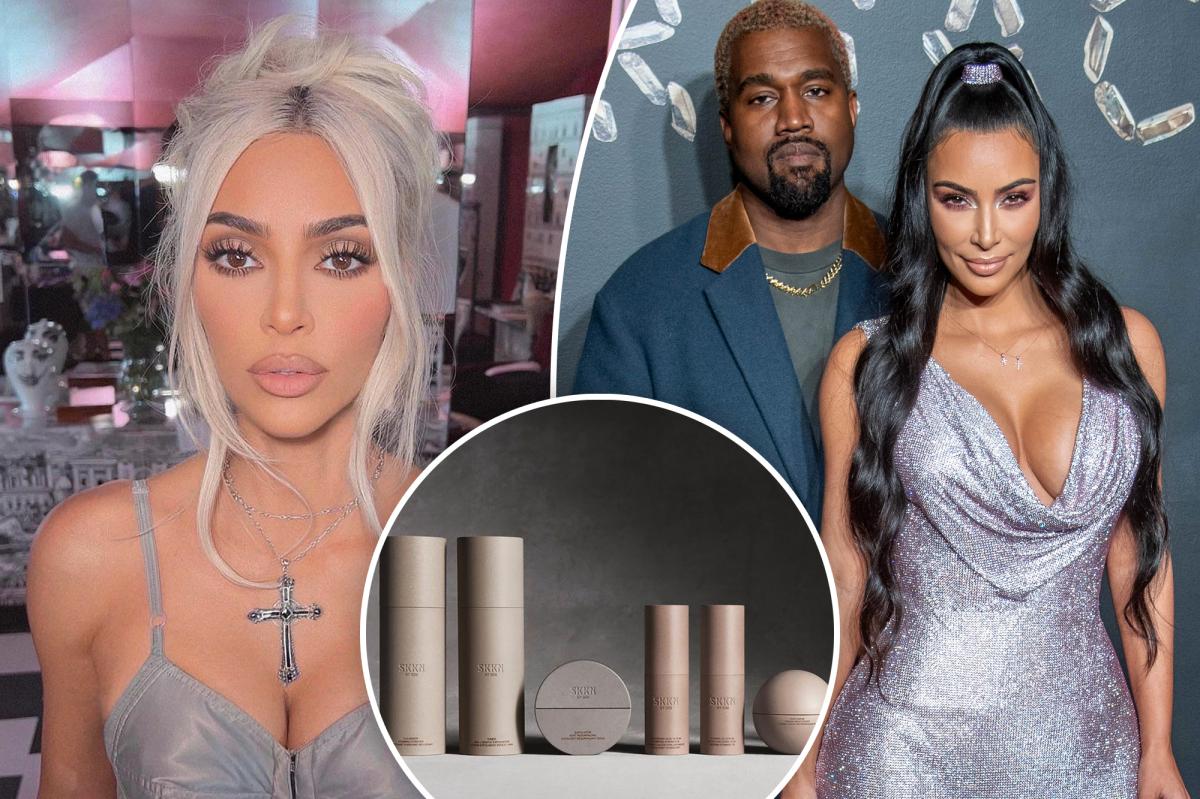 Kim Kardashian and Kanye West may not be married anymore, but they are still partners in the business.

To mark the launch of her Skkn by Kim skincare line Tuesday, the reality superstar took to Instagram to take a peek at the brand’s early days, revealing she couldn’t have done it without her ex.

“My creative process wouldn’t have been complete — and I always give credit where credit is due — without Kanye,” Kardashian, 41, said in her Stories.

“He brought his team and introduced me” [creative director] willo [Perron] and we came up with the new name. That was actually his idea, and the packaging shapes were his, and even the font he did – just like Skims.”

“You should have seen the first set of packs… Kanye walked into the room and said, ‘This isn’t it.’ And he was right,” the Skims founder recalls. “Packaging is definitely his thing.”

In the past year, Kardashian announced that she would be closing both her KKW Beauty and KKW Fragrance websites and renaming both lines, with many speculating that she wanted to remove the “W” from her companies’ names during her divorce. van West, with whom she shares four children.

The star was declared legally single in March and removed her married last name from her social media accounts days after the ruling.

But a source close to the Kardashian told Vidak For Congress Style last summer that the Yeezy designer “helped come up with the new name” for her beauty line, in addition to helping with the packaging and branding of the products.

And in April, the star said the real reason behind the rebrand was to streamline her empire and make it easier for fans to shop.

“I felt so bad that the customer had to go from KKW Beauty, then to KKW Skin, then to KKW Fragrance – that’s shipping costs on three different websites. And then Skims, you know what I mean? So I wanted one beauty brand,” said Kardashian on the podcast “Not Skinny But Not Fat”.