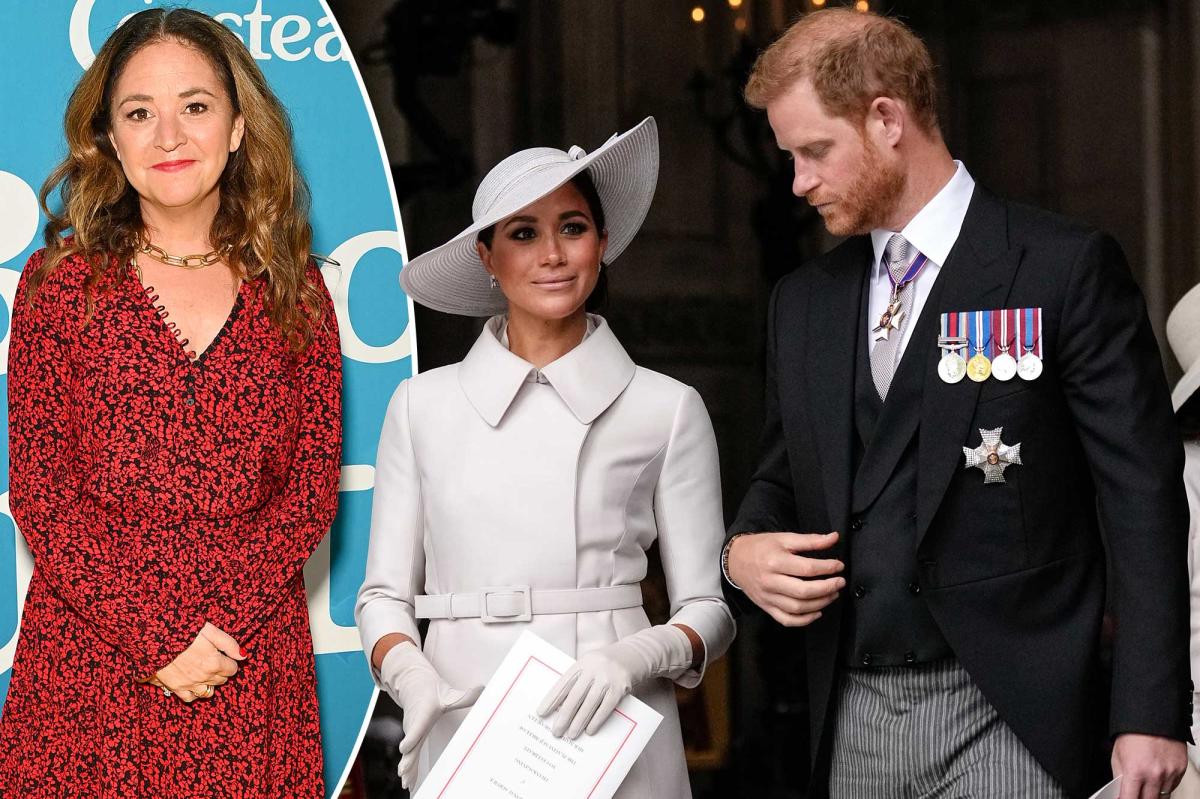 The Duke and Duchess of Sussex are teaming up with Garbus for the show, which – as we’ve reported exclusively – they’ve been working on for over a year as part of their multimillion-dollar deal with the streamer.

Garbus was seen with the couple in the background last September during their trip to NYC with a small camera crew hiding their equipment in an apparent effort to keep the top secret project a secret.

The cameras followed them to a red carpet gala honoring veterans aboard the USS Intrepid in Manhattan, and over lunch at Joint Base McGuire-Dix-Lakehurst in New Jersey.

Garbus was seen with colleagues smuggling camera equipment under coats and bags from the UN digs while setting up and filming the Sussexes. Her film crew was also spotted with the couple in an Airstream van on their way to the veterans gala. Garbus is openly political, her Instagram account pushes for abortion rights in the wake of the Supreme Court’s repeal of Roe v. Wade and calls Democratic governor candidate Stacey Abrams a “brilliant” leader.

The royal family is generally expected to be apolitical, but since Harry and Meghan split from the royal family and moved to the US, they seem eager to join progressive issues, especially in the fight against climate change. During the 2020 presidential election, Meghan also teamed up with noted feminist Gloria Steinem to make cold calls to voters and encourage them to go to the polls.

Garbus has built her career as a documentary filmmaker and filmmaker tackling true crime, voter suppression and the justice system, and also helmed the final season of “The Handmaid’s Tale,” which earned her an Emmy nomination in 2021.

Story Syndicate, the Brooklyn-based production company that Garbus runs with her husband Dan Cogan, was responsible for Amazon’s “All In: The Fight for Democracy” and HBO’s “I’ll Be Gone in the Dark,” both released in 2020.

Garbus also directed the film “Lost Girls”, which became an early pandemic hit on Netflix, “Cousteau” for Nat Geo/Disney+, and documentaries about Pete Buttigieg for Amazon and Anthony Fauci for Nat Geo. She was nominated for an Oscar for Best Documentary in 2016 for “What Happened, Miss Simone?” and again in 1999 for “The Farm: Angola, USA.”

A representative of the Sussexes could not be reached for comment.