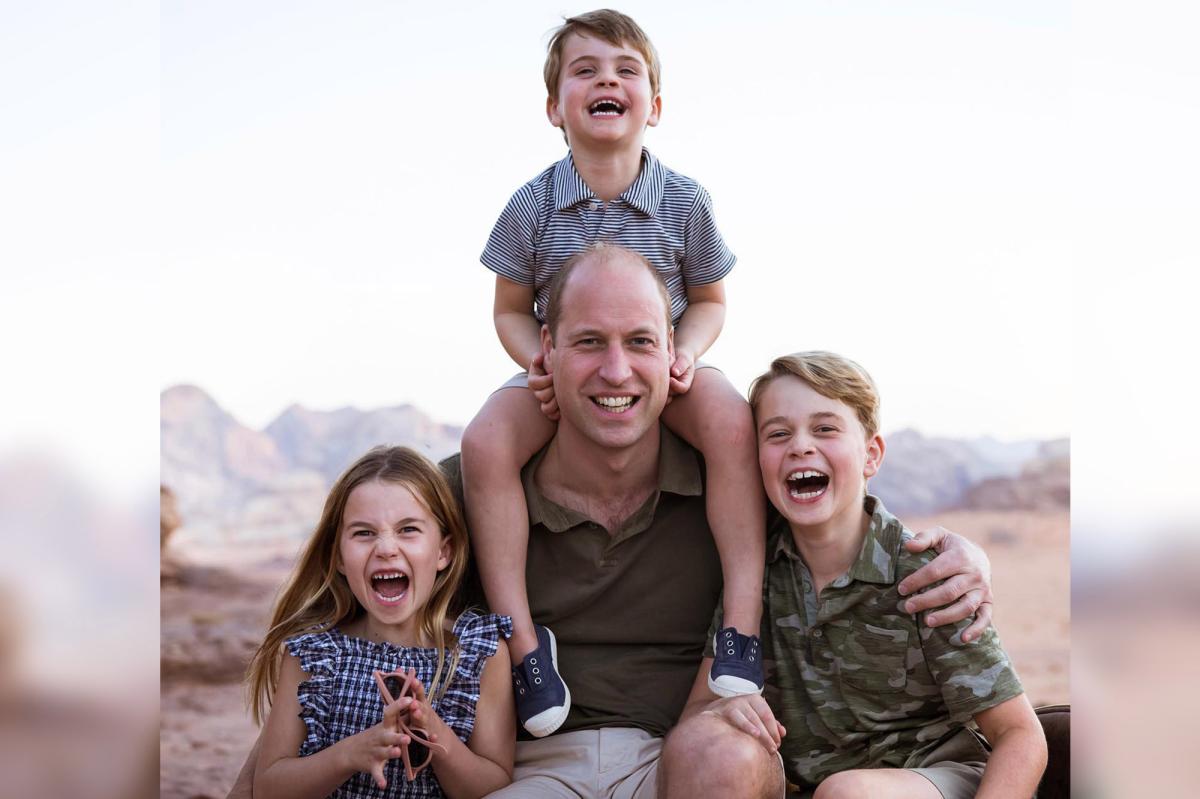 Prince William and Kate Middleton released an adorable family photo to celebrate Father’s Day – and the little princes and princess once again stole the show.

The photo posted to the Duke and Duchess of Cambridge’s Instagram showed William, 39, casually dressed in an olive shirt and khaki shorts against a desert backdrop. His arms were wrapped around a giggling Prince George, 8, and Princess Charlotte, 7, while his youngest, Prince Louis, 4, sat on his shoulders.

“Happy Father’s Day today to fathers and grandfathers around the world!” read the caption.

The photo was taken during a family vacation in Jordan and is similar to that of William and Middleton, 40, used for their official 2021 Christmas card.

Jordan is a country that is close to Middleton’s heart, having lived there for two years. Her family moved there as it was her father’s station while he worked for British Airways.

The sweet tribute comes after the Cambridge kids took the lead at their great-grandmother Queen Elizabeth II’s platinum anniversary earlier this month.

During the celebrations, Charlotte could be seen scolding her younger brother and correcting Geroge’s posture as they stood on the balcony of Buckingham Palace after the Trooping of Color ceremony.

But the standout star of the anniversary celebration was, of course, Louis, whose highly apt antics captivated audiences worldwide.

As the family gathered on the palace balcony, Louis rushed past the 96-year-old monarch to get a good viewing spot before making a host of animated faces, including clutching his ears and seemingly screaming as loud planes flew by.

Louis’s jokes continued days later when he taunted Middleton with a series of sassy faces, including sticking his tongue out and holding his thumb to his nose while wiggling his remaining fingers.

William and Middleton even joked about their son’s pranks in an Instagram post that summarized photos from the four days of festivities, writing, “We all had an incredible time, especially Louis… 👀.”