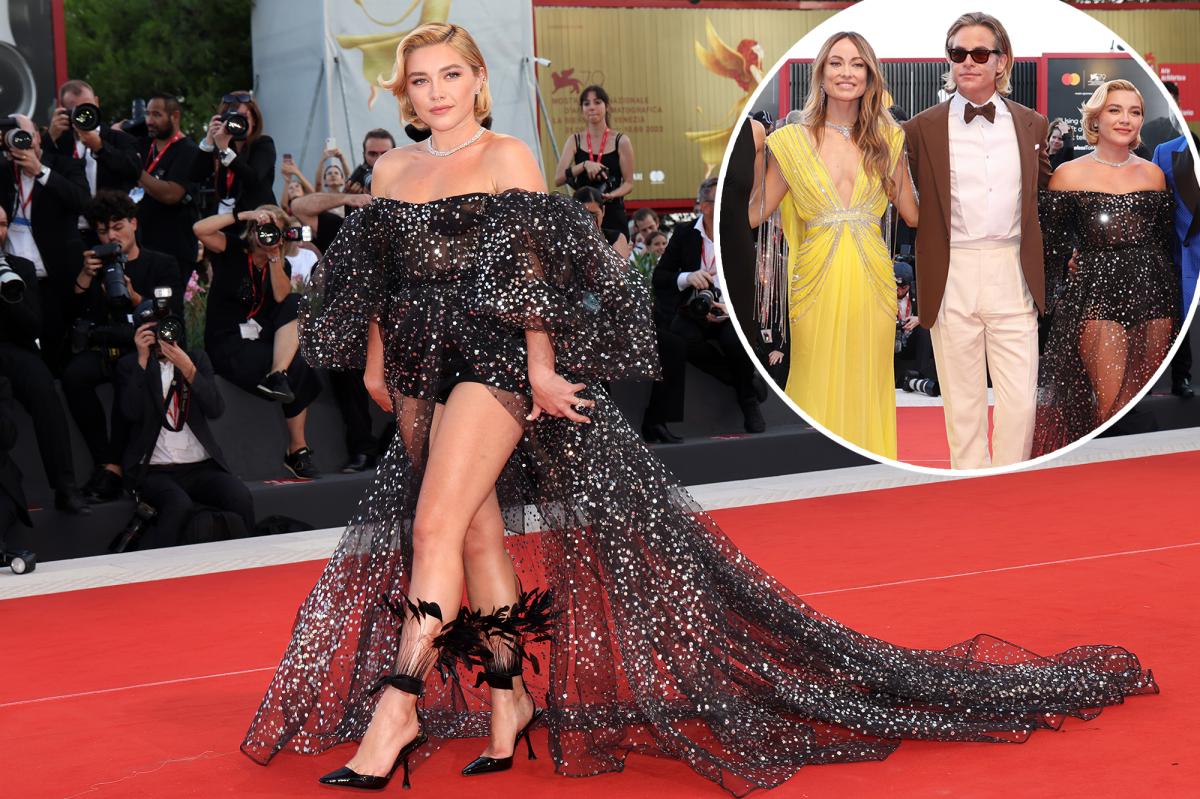 Don’t worry, sweetheart, Florence Pugh and Olivia Wilde have reunited on the red carpet of the Venice Film Festival.

Miss Flo and the director of “Don’t Worry Darling” posed for the pictures alongside the film’s cast, including Harry Styles, Gemma Chan, Chris Pine and Nick Kroll.

Notably, Pugh didn’t stand next to Wilde or her boyfriend, the former One Direction crooner, as he posed with the group.

on video posted on Twitterthe “Little Women” star, who invited her grandmother to attend the event with her, also had some fun with her co-stars as they pretended to take her picture and she posed wildly.

Pugh, 26, greeted Pine and Chan with hugs and kisses on the cheek as they reunited on the red carpet.

The highly anticipated reunion came hours after the ‘Midsommar’ star skipped the film’s photo call and press conference, where Wilde refused to take part in the tabloids over her feud with Pugh and former ‘Don’t Worry Darling’ star Shia LaBeouf. .

“Florence is a force, we are so thankful she can make it tonight despite being in production,” said Wilde, 38. “As for all the endless gossip and noise in the tabloids, the internet feeds itself. I don’t have the I feel like I have to contribute to that.”

LaBeouf, meanwhile, has been radio silent since publicly denying being fired from the production.

“Nobody was ever fired, Olivia,” he said. “And while I fully understand the appeal of pushing that story because of the current social landscape, the social currency that comes with it. It’s not the truth.”