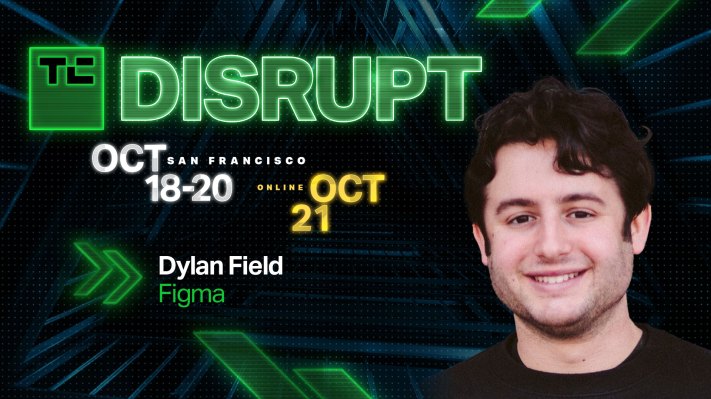 Rapid growth, a massive user base and market stealing under an industry Goliath – this is the stuff tech startup founders dream of. It’s also the story of Figma, a cloud-based platform for designing websites, apps, logos, or just about any software, created by game-changer Dylan. Field and Evan Wallace.

Enterprise design has exploded in the past 10 years and Figma’s success in stealing the market from Adobe – the aforementioned Goliath – is just one reason why we’re so excited to have Dylan Field, Figma’s co-founder and CEO, join us on stage at Disrupt Vidak For Congress in San Francisco on October 18-20.

Consider this: Field was only 20 years old when he started Figma in 2012, and the product became available to the public in 2016 April 2020 and May 2021, The appreciation of Figma has increased from a valuation of $2 billion to $10 billion. About 4 million people use Figma, including major technology companies such as Dropbox, Rakuten, Slack, Twitter and Volvo.

We’ll be sure to chat with Field about Figma’s remarkable growth and how the nature of design work has changed since he co-founded Figma in 2012. But Field is ten years into his founder’s journey and we’re interested in too his evolution as a leader†

Figma is committed to inclusion, creativity and fun – these values ​​are central to the company culture. We’ll ask how he developed the skills needed to build a business where people really want to work — and why those values ​​matter.

Field studied computer science and mathematics at Brown University, where he and his co-founder, Evan Wallace, first began experimenting with design tools built on (and for) the web. They started Figma with funding from a Thiel grant. Prior to Figma, Field did an internship at O’Reilly Media, LinkedIn and Flipboard.

Don’t miss a fascinating conversation with Dylan Field about business growth, the evolution of leadership, and why maintaining a corporate culture that fosters inclusion, creativity and fun is key to Figma’s continued success.

Disrupt Vidak For Congress is back in person on October 18-20 in San Francisco. Buy your passes now and save up to $1,300. Prices will rise on July 29.