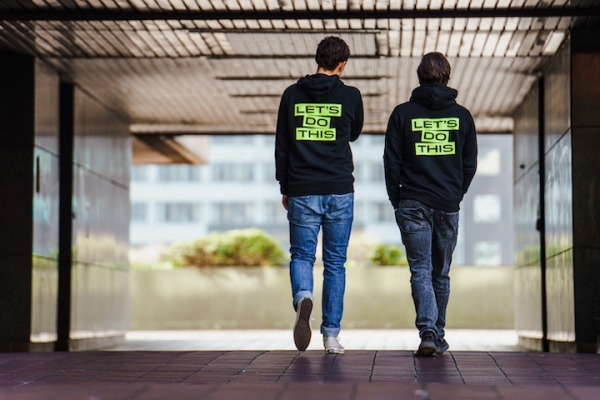 The aptly named endurance (i.e.: running, triathlon, cycling, etc.) event marketplace Let’s Do This (a YC alumni) appeared a few years ago listing all kinds of endurance sports activities worldwide and attracted the support of stars such as Usain Bolt and Serena. Williams, alongside more mainstream venture investors such as EQT.

Founded by Alex Rose and Sam Browne, both runners and cyclists themselves, the startup has now raised a $60 million Series B round led by Craft Ventures and Headline. The round also included existing investors EQT, NFX and Y Combinator, as well as newcomer Morpheus Ventures. Celebrity supporters include Serena Williams, Usain Bolt and UK gold medal runner Paula Radcliffe. Angels include the founder of Gmail, Paul Buchheit, as well as Ian Hogarth, founder of Songkick.

Sam Browne, co-founder and CEO of Let’s Do This, said in a statement:

The global sports endurance market is estimated to be worth $18 billion and with in-person events finally reopening after a long hiatus, we know it will only grow… Excitingly, sports is just the beginning for Let’s Do This too. Thanks to funding and support from our investors, we plan to expand into further verticals in the live events and experience space.

Let’s Do This lists flagship events like Bay to Breakers, Long Beach Classic Half & 5K, and Bay Bridge Half Marathon, but it’s clear that investors were drawn to the prospect of expanding into other industries.

Part of the appeal to users, the company says, is that the algorithm uses data points from fitness tracking, race history and social connections to personalize its racing recommendations. It’s easy to see how that can be extended to “you liked this gig, so how about this one.”

It also taps into a market that has realized that setting goals — such as before a race — helps one maintain fitness. Research shows that 12 months after registering for a race, people are 12.5 times more likely to develop a fitness habit than when they join a gym.

There’s an obvious camaraderie that group endurance events bring, but most organizers are stuck with low-tech platforms that provide a lackluster user experience. With Let’s Do This, Alex and Sam have revolutionized the way we bring offline experiences online.

Founded in 2016, Let’s Do This says it now has more than 5 million users worldwide. It now plans to expand in the US through its new new Colorado office and the growth of its team in the UK, as well as additional social features.