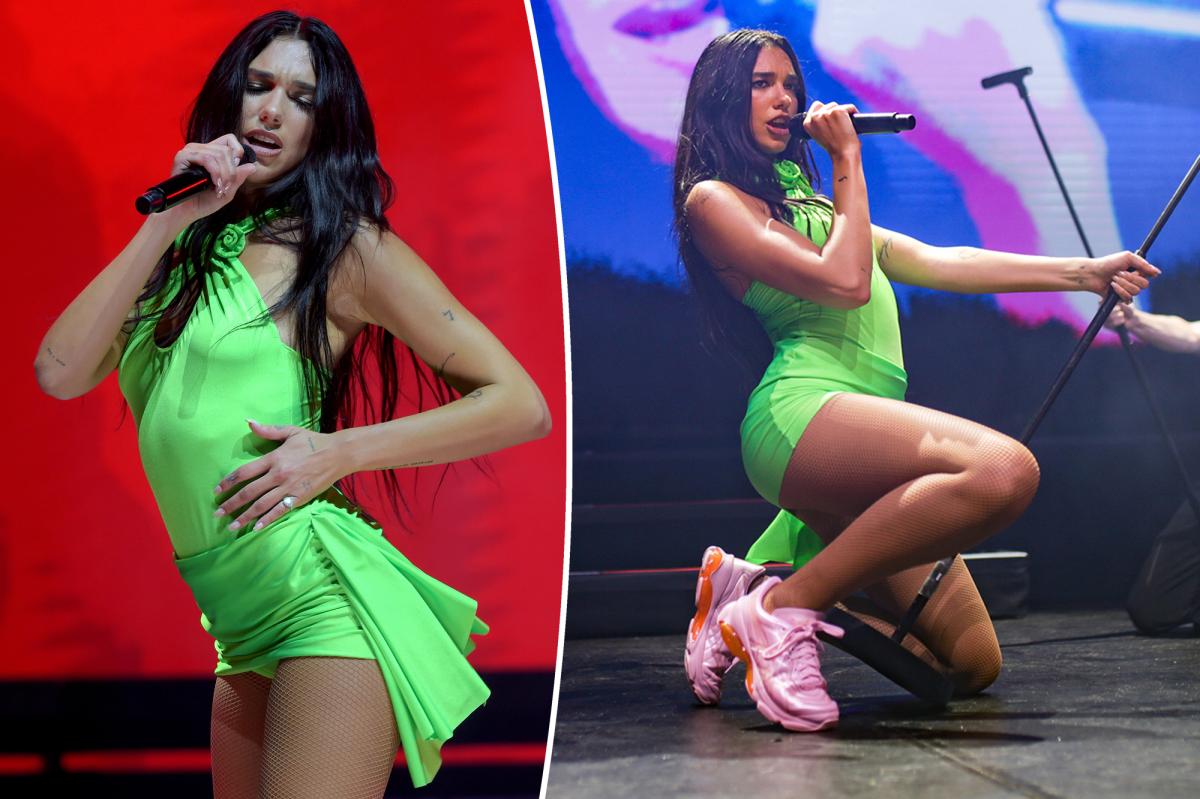 CANNES — Dua Lipa “DGAF” about the scorching temperatures in the south of France.

‘Have you been having a good time so far? Do you feel as hot and sweaty as we do?’ she asked a full house during her Spotify Beach concert on Tuesday evening at Cannes Lions.

The crowd — including diehard Lipa fans and swarms of marketing and advertising executives in town for the week-long festival — roared back with thunderous applause, indicating that the tacky 90-degree weather didn’t hinder their enjoyment.

“Okay, that’s what I want to hear,” the pop star replied with a smile, before launching her 2015 single “Be the One.”

Showing off her tight frame in a form-fitting lime green mini dress, Lipa and her 10 dancers brought even more heat to Cannes with an energetic, tightly choreographed hour-long set.

Strong singing, chair dancing, passionate twists and bobs galore were all part of the spectacle. At one point, Elton John notably appeared on screen when the 26-year-old singer performed their “Cold Heart” duet.

The show — which featured “New Rules,” “One Kiss,” “Don’t Start Now” and more of the Grammy winner’s hits — was a coveted ticket for Cannes Lions attendees. Before Lipa even took the stage at around 12:30 PM, invitees were turned away because the venue was packed.

“The people who couldn’t get in were so upset,” a source told Vidak For Congress exclusively. “So many of them ran away in an instant. It seems that everyone really wanted to be with Dua.”

Meanwhile, crowds of spectators lingered to catch a glimpse of the British beauty from outside the Cannes event.

Lipa – who took a break from the European leg of her ongoing Future Nostalgia tour for the night – is one of several headliners captured by Spotify this week. Kendrick Lamar rocked the Croisette first on Monday, while Post Malone and The Black Keys are slated for Wednesday.