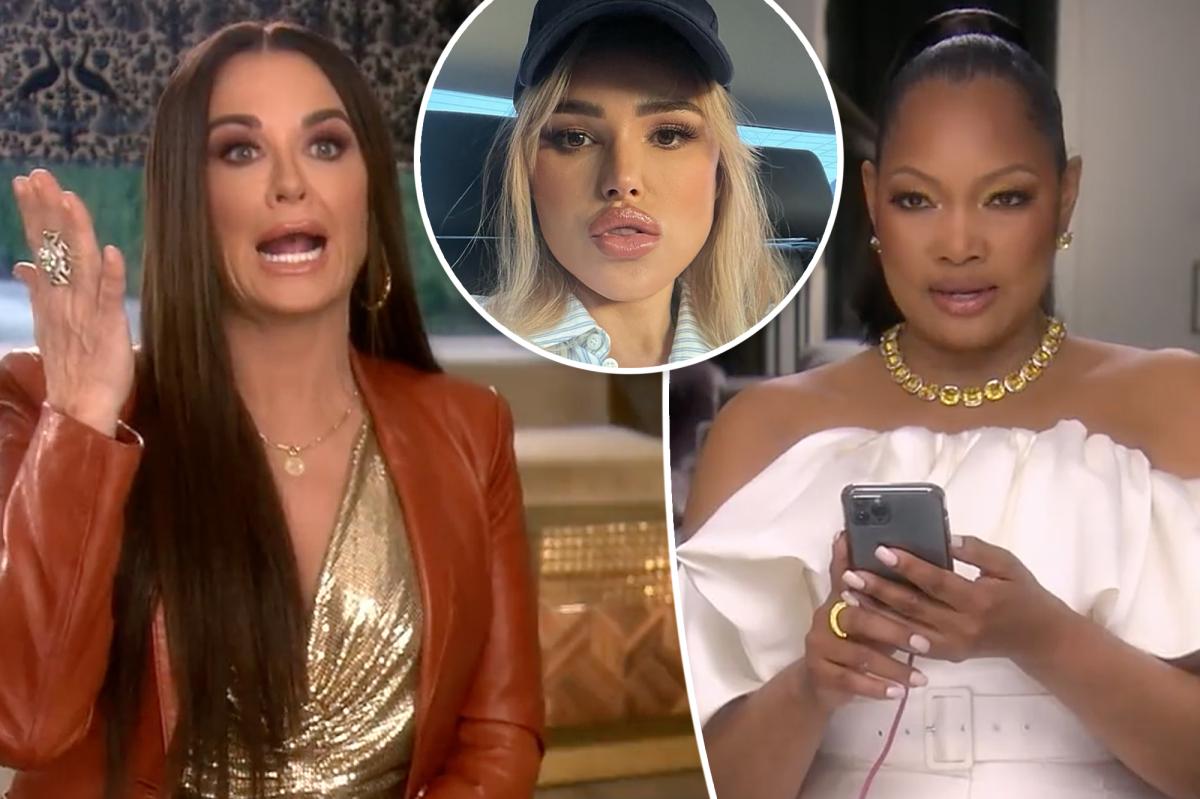 The latest addition to the cast of “The Real Housewives of Beverly Hills” sent a “dark” text to the entire group, explaining why she missed the festivities.

In a preview for Wednesday’s episodeKyle Richards told her husband, Mauricio Umansky, and their 26-year-old daughter, Alexia Umansky, that she was texting her co-stars after their recent trip to Mexico.

“I sent a message on Sunday morning saying, ‘Hope you all get some rest. I’m so tired,'” said Richards.

“And then Diana wrote back, ‘Well, I usually don’t do this in a group text, but doctors put me on bed rest to stop the bleeding,'” she continued, as Dorit Kemsley, Crystal Kung Minkoff and Sutton Stracke sounded out for the rest. recite the text in their confessionals.

The message, according to Jenkins co-stars, continued: “This journey and flying and drinking and burning my candle both ends after losing the baby, bleeding for eight weeks right after the miscarriage, and four major surgeries that followed in the past few weeks to save my uterus was not a very intelligent thing to do.”

Lisa Rinna then read, “Normally I wouldn’t share this in a group text because it would make me look like a nagging bitch,” before Beauvais added, “But ‘Garcelle’, misspelled, might think I’m being rude, so there it is.”

Rinna joined in, “I love Diana. She’s just as dark as I am.”

Jenkins was previously candid about the loss of her fourth child during a one-on-one conversation with Richards.

The Bravolebrity, who fled Bosnia to London where she met her first husband Roger Jenkins, said she found out she was pregnant just five months after giving birth to daughter Eliyanah in 2020.

However, her doctor revealed that her unborn baby had died weeks earlier and that she had been forced to give birth to a stillborn baby.

Jenkins shares two children with her British financier and a daughter with her current partner, Asher Monroe.