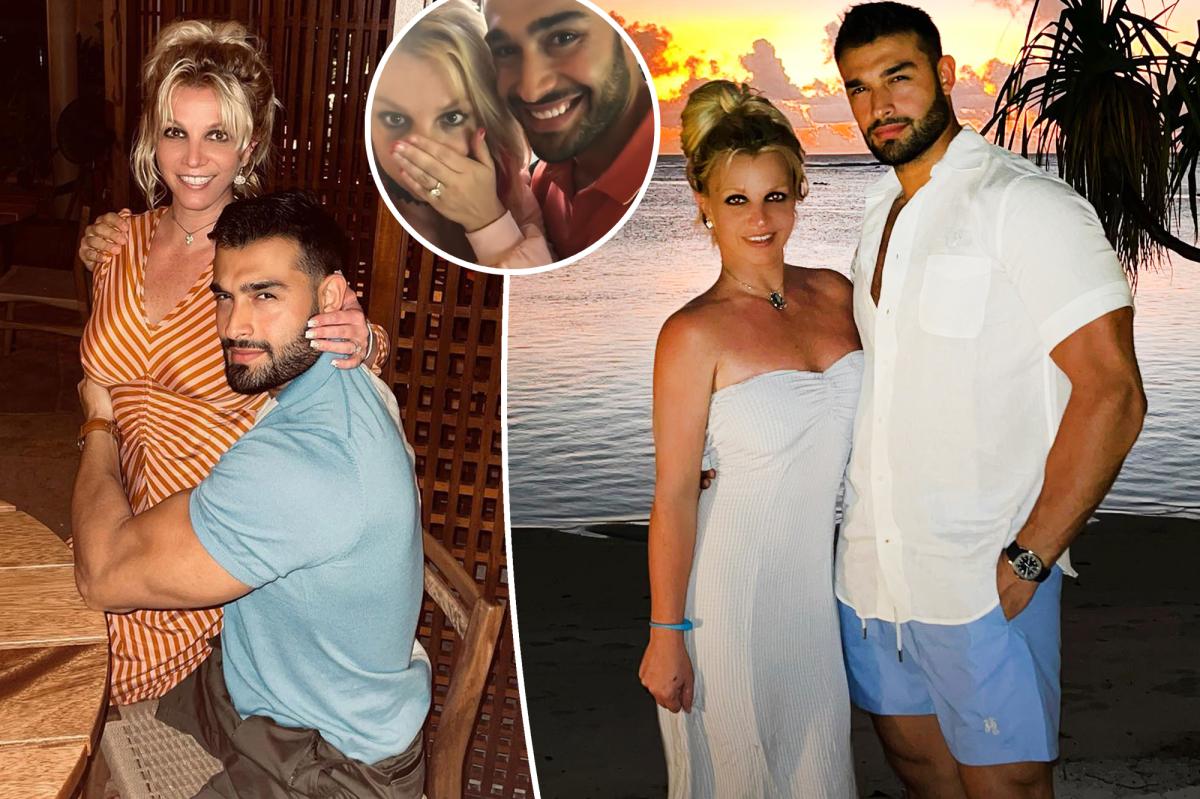 The wedding bells are ringing for Britney Spears.

The singer ‘Sometimes’ and her fiancé Sam Asghari are getting married on Thursday, according to a new message from TMZ. The couple tied the knot in an intimate ceremony, surrounded by about 100 people, made up of friends and family.

The outlet reported that Spears’ brother, Bryan, will be attending, but her parents and sister Jamie Lynn have not received invitations after their argument over her conservatorship battle.

Sources told TMZ it’s not yet known who the pop star, 40, will walk down the aisle with as details are still being worked out.

Spears’ attorney did not immediately respond to Vidak For Congress’s request for comment.

Prior to the wedding, Spears shared a video of her and Asghari, 28, driving a Rolls-Royce showing off what appeared to be a bridal-themed manicure and glasses of champagne.

The personal trainer proposed to the “Crossroads” star at her home in September, after almost five years of dating.

“The couple made their long-standing relationship official today and are deeply touched by the support, dedication and love shown to them,” Asghari’s talent manager, Brandon Cohen of BAC Talent, told Vidak For Congress exclusively at the time.

In November, Spears revealed that Donatella Versace would design her wedding dress.

Despite taking a lot of luxury vacations recently, the couple experienced a loss when Spears announced she’d had a miscarriage.

“It is with our deepest sadness that we have to announce that we have lost our miracle baby early in the pregnancy,” the statement read. “This is a devastating time for any parent.”