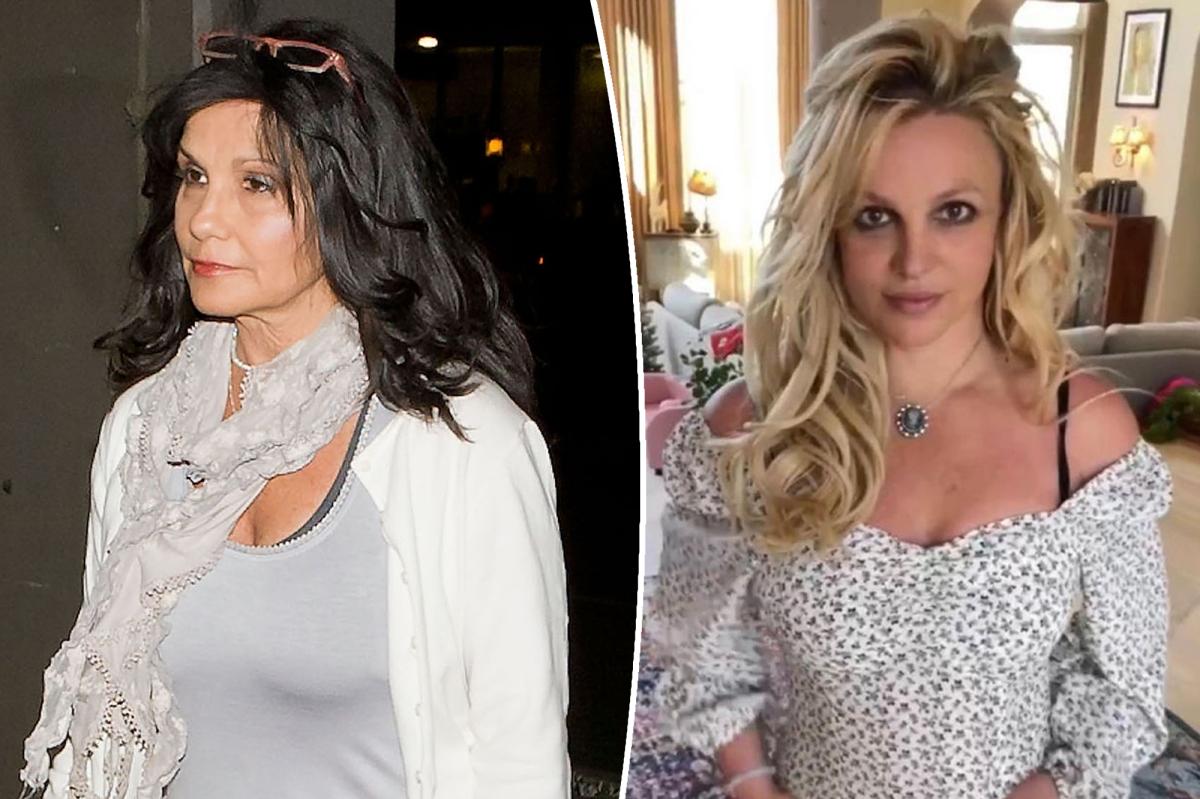 Britney Spears’ estranged mother, Lynne Spears, seems fed up with the pop star’s Instagram posts being unleashed on their family, so much so that she left a rare second comment within a week.

Britney, 40, re-posted a motivational video on Wednesday with a voiceover saying, “And never forget how they gave you distance when you needed love.”

Within minutes, however, the Spears matriarch seemed to delete her comment.

The eye-roll emoji was a far cry from the olive branch that Lynne stuck out last Friday when she congratulated Britney on her marriage to Sam Asghari.

“You look radiant and so happy!” the author of “Through the Storm” commented on the Grammy winner’s slideshow of photos from her wedding in Thousand Oaks, California.

“Your wedding is the ‘Dream’ wedding! And when you have it in your house, it’s so sentimental and special!” Lynne added. “I’m sooo happy for you! I love you!”

Vidak For Congress previously reported that Britney had not invited her family to her June 9 wedding after saying she wanted to sue them for making her conservatorship last nearly 14 years.

While multiple outlets reported that the brother of the “Crossroads” star, Bryan Spears, did received an invite – and a source close to Bryan told us he couldn’t make it due to another family commitment – Britney set the record straight on Instagram on Tuesday.

“You were never invited to my wedding,” she wrote in a since-deleted post, adding: “GO FK YOURSELF Bryan.”

Britney and Asghari, 28, were married in front of celebrities, including Madonna and Paris Hilton, after confirming their five-year relationship with an engagement in September 2021.