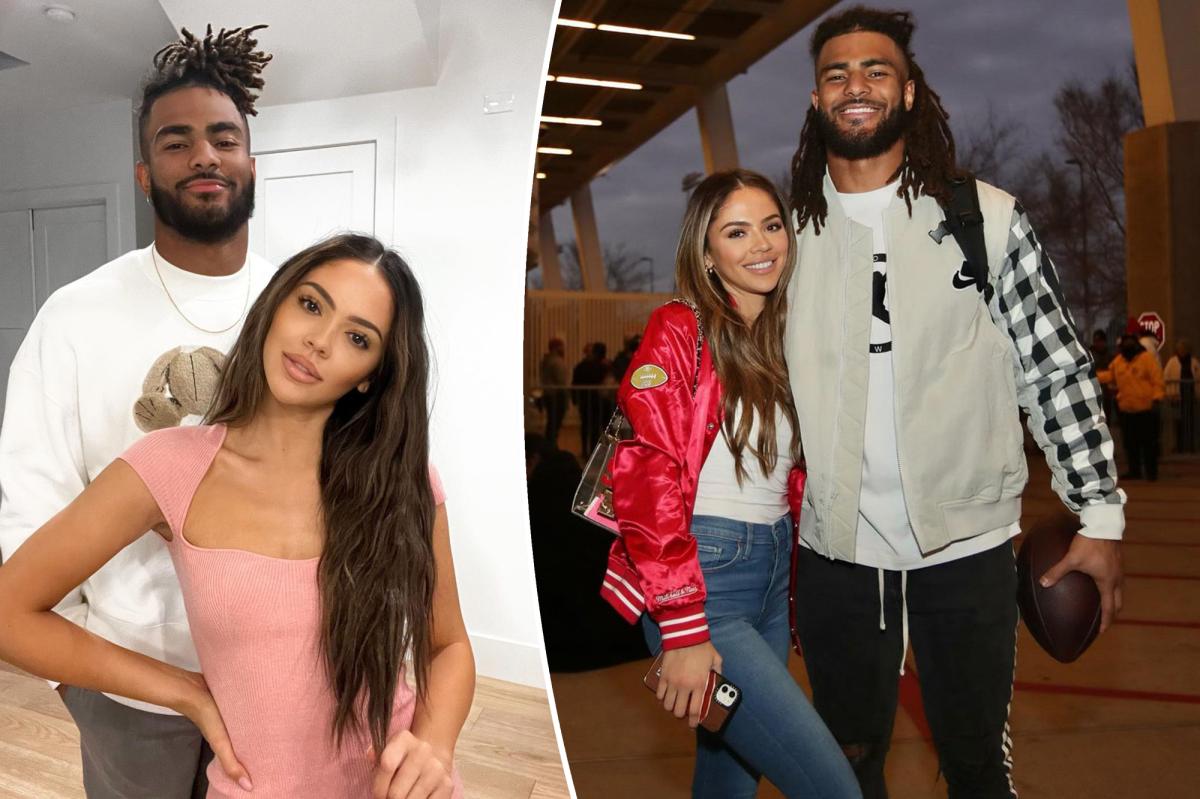 Hightower, 27, and Warner, 25, tied the knot on Saturday in Vista, California, in front of guests including the bride’s Season 24 co-star Kiarra Norman, who was the bridesmaid, Tammy Ly, Jasmine Nguyen, Natasha Parker, Victoria Paul and Kylie Ramos.

The groom’s brother, Troy Warner, who plays for the Tampa Bay Buccaneers, and Terrell Burgess of the Los Angeles Rams were also in attendance.

Hightower described her marriage to Fred as “a traditional ceremony” that took a lot of time and effort after their engagement in May 2021.

“It’s been a long time coming and a lot of planning,” she explained to E! News ahead of her big day. “I’m super excited. You think, “Oh, we still have such a long time.” But now that it’s real, we’re just so ready to see our family and just be married already.’”

Hightower said she and Fred had flown in a “secluded and private” chapel from France, which she believed was the perfect venue for their wedding.

“I think that’s just kind of who we are as people. So there’s no doubt it had to be there,” she said.

The reality star and the athlete – who wore a white Susie Bridals dress and a black Giorgio Armani suit respectively – wrote their own vows for the ceremony.

“I’m not sure if that’s traditional these days or not,” she said. “But we did that just separately before the wedding and then more of a traditional sermon during the wedding.”

Hightower was eliminated on week 6 of Peter Weber’s season of “The Bachelor,” which was filmed in November 2019.

The following September, the retail marketing manager was focused on her future with Fred, writing on Instagram that she was “so incredibly blessed” to have found her “fairytale love story.”